It's cute how clueless they are.
"The leaks are real, the news is fake."

Trump told the entire world this in one of his first press conferences as President.

MOST OF WHAT YOU SEE ISN'T REAL.
"I *demand* Trump come clean and lay all his cards on the table a YEAR AGO and show me what's really going on!" people have huffed and puffed.

Well keep huffing and puffing if it makes you happy.

He doesn't owe you shit.

He'll show the cards when HE'S ready.
To show YOU, Joe Nobody, or Mr. Media Person With A Blog/Radio Show what's really going on is to show his ENEMIES and those who are bent on taking him OUT what is really going on.

His strategies are based on fooling his enemies. You don't grasp this?
People were screaming why is McCabe & all these other plotters 'getting away with it" and demanding to know why Sessions & Rosenstein were 'doing nothing'.

And since March ol' Andrew McCabe was was the target of a federal prosecution and YOU DIDN'T HEAR SHIT ABOUT IT.
Unlike Mueller's team, where they run to their media buddies to leak fake stuff every other day, nobody prosecuting McCabe said so much as 'boo!' to a media reporter for over six months.
What have I told you for a year?

They aren't going to tell you.

You aren't going to hear anything.

You don't need to know.

In fact, you're knowning & TV talking heads knowing would GET IN THEIR WAY.
McCabe's the only one who's prosecution was made public a few days ago. It's amazing watching the talking heads go "If anybody ALONGSIDE MCCABE was being prosectuted too, we'd have heard something!"

How many times are these people going to make the same stupid mistake?
Washington is a LEAK CULTURE. You're not supposed to be ABLE to keep secrets in that town.

And for over a year, very serious media professionals had all their ears to the ground listening for even a whisper of McCabe or any of these people being targeted by US Attorneys.
Maybe you don't understand what it means for McCabe to be prosecuted by US Attorney's using a grand jury to charge him with felonies & nothing leaks about this in WASHINGTON DC for MORE THAN SIX MONTHS but I do.
I get that some people are sunk into their narratives at this point. Their pride is involved. "We said nothing was happening and GODDAMMIT THAT MEANS NOTHING IS HAPPENING!"

They can't correctly assimilate new information.
If your reaction to new facts that discount your narrative is to dismiss the facts, you got problems I can't help you with.

I chose the screen name 'Stealth Jeff' for a reason.

Soon, I'll be changing it to 'Saint Jeff' & I'll have a reason for that too.

/end
Addendum: To the trolls in this thread: I'll give you exactly 10 minutes to explain what is PREVENTING Trump from

If you don't/can't answer, I block you.

More from @drawandstrike see all

Brian Cates @drawandstrike
All those people supposedly on our own side relentlessly telling Trump fans that he lied about making Mexico hand over cold hard cash to pay for the wall, funny how they never show you this clip, eh?

Trump said REPEATEDLY on the campaign trail that Mexico would pay for that wall THROUGH A NEW TRADE DEAL. He said it at many of the rallies and this video is just one example.

Which is WHAT'S HAPPENING. Trump *got* the trade deal. The US will save billions from it.
So all those people supposedly on our own side who spent MONTHS pushing a narrative you needed to WALK AWAY FROM TRUMP because he 'broke' his promise about how he'd make Mexico pay for the wall....

how about YOU walk away from THEM instead? 🤔
Read 11 tweets

They want to keep the border wall from going up not because it won't work but because IT WILL.

These people are evil.
Democrats talk out of the side of their mouths about 'legal immigration'.

What con artists. It's all about LETTING THE MASSIVE AMOUNT OF ILLEGAL IMMIGRATION CONTINUE.

They want to protect human trafficking networks because THEY benefit from it.
Human trafficking causes an immense amount of suffering. The gangs that traffick in humans *also* traffic in drugs. To shut these criminal networks down, we need control over the borders, over everyone who comes in or not.

Brian Cates @drawandstrike
Here's the summation from the Manafort defense team's filing where the gov't redacted a very damning section of it that points right to violations of discovery:

This redaction was done to HIDE the fact the SC case for Manafort lying is based on hearsay BS, and the first allegation is just the use of his name by some other guy *in case* that guy ever managed to meet Trump.
The second allegation leveled against Manfort by the Mueller Special Counsel is especially sordid.

"Some guy we will not identify to your defense team told us you lied about ____ and no, we're not turning the actual statement over to your lawyers. Deal with it."
Read 8 tweets

Aakash Vinay @aakashvinay17
People in Bengaluru, hear me out. A few days ago I ordered in and it took a while for the delivery person to make it. And no, this isn't a complaint that I want addressed by @swiggy_in or @ZomatoIN or any of the good people there. This is an incident I want to share.
After almost an hour of waiting, he finally arrived, and when I opened the door, I felt bad that I had even considered giving him an earful for the delay. He stood there at my doorstep, shivering and barely able to hand me the package. He struggled to pull out his wallet.
You could see it that abuse for delays came his way very often, and his sheepish smile said it all. It was his hands though that said the biggest tale. Company issue jackets sold by the lowest priced retailers didn't help him. He shivered the whole time, but he smiled throughout.
Read 9 tweets

Graviscera @gravislizard
so let me tell you how cursed collecting old computers can be
so, I wanted "an Atari ST." problem zero: that is minimally meaningful. the Atari ST line contains like 10 distinct models
here is an example of (as far as I know) a typical day-one Atari ST setup. This is a 520ST, meaning it has half a meg of RAM. you will notice problem one: half a meg of RAM.

That Guy @ThatGuy3002
My next deep dive showing the differences between a script from The Simpsons, and the episode as it aired is the Season 2 Episode “The Way We Was”

The script I'm using for this one is an earlier draft than most of the deep dives I've done previously. As a result that means many more differences. If you are not a fan of The Simpsons, or interested in seeing the changes a script undergoes, you may want to mute me for a while.
This script was written by @AlJean and @MikeReissWriter as well as the late Sam Simon. The episode was directed by @tubatron, and the show runners were Matt Groening, James L. Brooks and Sam Simon. If Al, Mike or David have any thoughts to share during this thread even better!
Read 64 tweets

Seth Abramson @SethAbramson
(THREAD) In Part 2 of my thread on Comey's efforts to the defend the FBI, I explain how the just-released IG report confirms that Comey's defense of the FBI *wrongly* implies a pro-Clinton—rather than pro-Trump—FBI conspiracy to influence the election. Hope you'll read and share.

1/ This thread formally incorporates the 50+ tweets to be found in Part 1 of this discussion:

2/ I wrote in Part 1 that IG Horowitz has inadvertently given the impression of a pro-Clinton conspiracy at the FBI by selectively releasing a sub-report on McCabe rather than releasing the full IG report all at once. I've said Comey's narrative inadvertently has the same effect.
Read 32 tweets

Derek Smart @dsmart
{thread} A group of insane Star Citizen chuckleheads, who became lawyers on 12/12/17, are parked on Reddit (where else?) claiming that the judge didn't rule on the CryTek v RSI/CIG MtD yesterday because both sides asked here not to.

It's pure and utter nonsense. 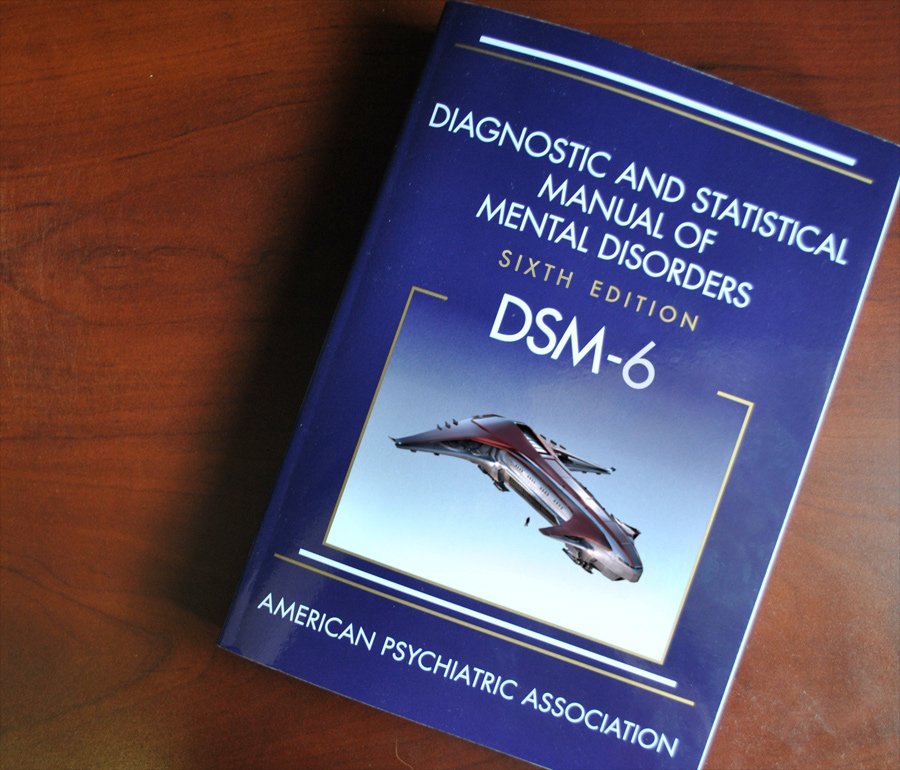 These are the same nutters who didn't even give the female judge a passing glance nor mention this whole time.

Until they read my research (below) thread a few days ago.

Now they're actually referring to her on a first name basis.

threadreaderapp.com/thread/9616290…
It all started when I posted this, shortly after finding out on Jan 8th, that the judge had vacated the much anticpated Jan 9th hearing on the motion.

Kyle @HNIJohnMiller
1) A thread from @Imperator_Rex3 about Benghazi. But drinks down everyone. I got one more tale to tell in this. Some may have seen this shit before, so sorry in advance.

2) Going into 2016, I said, I'm not voting for Clinton. I didn't care if Trump is half the mega-Hitler the media wanted us to believe he was, Benghazi guaranteed I would never give my vote to Clinton.
3) The reason? A good guy had died there in Benghazi. 4 good people died there, but one I know for goddamn certain was a good guy, a patriot, and someone who should have done great things, who by his unknown accomplishments should have been Secretary of State. No hyperbole.
Read 22 tweets