Jennifer Cohn
@jennycohn1
, 4 tweets, 2 min read Read on Twitter
Tweet Share Email Embed
🚨 Can someone explain this? I posted this #NN19 post a little while ago and it has 46 RTs. But if I do a “top post” hashtag search for #NN19, it doesn’t show up. Why is that? Have I been shadow banned or what?! @TwitterSupport

More from @jennycohn1 see all

Jennifer Cohn
@jennycohn1
This is outrageous. The default setting of voting machine vendor ES&S's "hybrid" ballot marking device precludes the voter from inspecting the machine-marked paper printout to ensure that it includes no fraudulent machine marks! See 40:40. 1/
And although the ES&S hybrids"can" be programmed to give the voter that option, the ES&S representative admits that they don't expect many voters to exercise that option because of the extra time it would entail! 40:40. 2/
@rockthevote @larrynorden @rad_atl @marilynrmarks1 @philipbstark
Read 4 tweets

Jennifer Cohn
@jennycohn1
Voting machines are “losing” votes from predominantly black neighborhoods. To learn more about this situation, related concerns re: voting system vulnerabilities, & what WE can do to protect our votes, pls attend the #NN19 election-security panel tomorrow at 9 am! #SMARTelections

Jennifer Cohn
@jennycohn1
Every voting machine awaiting @NCSBE certification “produces a paper ballot, but...[s]ome aren't hand marked” & “generate... a print out w/ a bar code recording how someone voted.” Activists & @NCSBE’s past general counsel oppose the barcode ballots. 1/ wral.com/new-elections-…
2/ @bernstein_lynn , “who has done extensive research on voting equipment options, filed a formal request with the State Board Friday,” calling on members to pick systems with HAND marked paper ballots. .
3/ “Board Chairman Robert Cordle said Friday the he'd defer comment on the barcode issue until the five-member State Board meets to decide on the vendors. It's unclear when that will be.

Charlotte Clymer🏳️‍🌈
@cmclymer
These are the 2020 Dem candidates who are consistently polling below the Top Five but from a state with a Republican senator up for reelection:

To be fair, Castro is on the bubble.
Dems have one pretty iffy seat: Jones in Alabama.

If Dems hold all our seats and take both Colorado and Arizona, we're at 51-49.

If we take either Maine or Texas (big "if"), we're at 50-50 with VP tiebreaker if we win White House.
Sixteen months is a LONG time in a campaign, and things could break our way significantly that would put Maine or even Texas in play.

But not if we're not doing the work and not if we lack leaders who are looking at the big picture instead of personal ambition.
Read 4 tweets

(((👌 Chill Session 👍)))
@_centrists_
@IrwinCotler The time to do any of that was back in the 1990s. Chinese rule has been a fact for 20 years, now.
@IrwinCotler Beijing is not given to yielding to external pressure (note the aftermath of the Tianamen Square massacre and Tibet) and it enjoys the confidence given to it by a well entrenched position. The Chinese government will not back down.
@IrwinCotler I believe that this is the point at which the American conservatives of a generation ago get to say "we told you so and are amazed that the bad outcome took as long to show up as it did."
Read 22 tweets

Caroline Orr
@RVAwonk
Flashback to 2017, when Quillette founder/editor-in-chief Claire Lehmann was a correspondent for The Rebel ("Canada's Breitbart," except worse).

Here's one of many articles Claire Lehmann wrote for The Rebel. In this piece, she argues that "nationalism is not racist. It is the antidote to racism."

But the content of this article isn't the only thing about it that's interesting... 2/

The URL for Claire Lehman's article in The Rebel includes the word "antifa" (L), which is pretty odd, given that the word doesn't appear once in the article (R).

em
@emlas
Over the past few months I have collected 500+ Trump, Pence and RNC tracking URLs dating back to June 2016. I've shared bits & pieces of this (⏬) as I've been looking under the hood, in search of the truth behind Project Alamo/Trump marketing ops.

THREAD will be ongoing...

The 500+ links are tracking links. They contain custom variables team Trump/Pence/RNC attached to links so they could measure & analyze performance via Google Analytics.

These are UTM parameters: en.wikipedia.org/wiki/UTM_param…

You can learn a lot about a marketing program by examining their tracking links. So here's the 1st nugget:

I haven't seen this reported anywhere. If you have, pls send a link!

pulsecheck
@pulsecheckmedia
EXCLUSIVE The: #releasethememo Attack on Democracy - An Inside Look at a Bot Campaign

Today marks the 11th day of the bot army assault on democracy. #releasethememo has taken over social media. 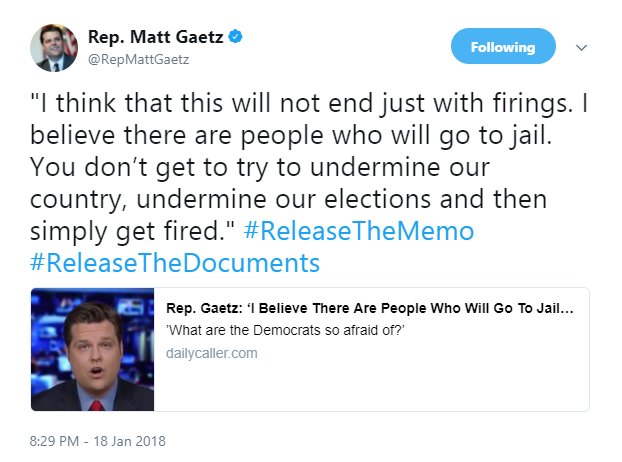 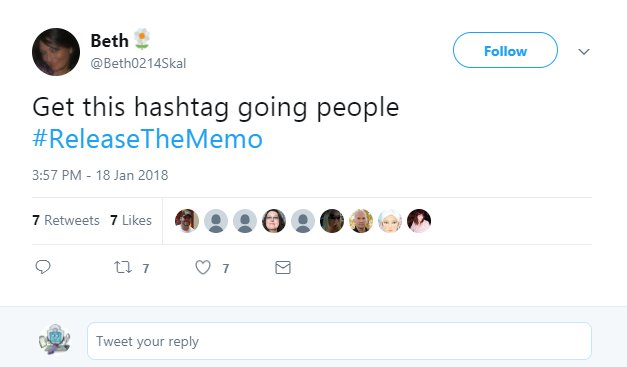 1) Per Botcheck.me, #releasethememo is top trending #hashtag among 1500 known bots in the last 24 hrs - the rallying cry is also #1 per @securingdemocracy over the last 48 hrs 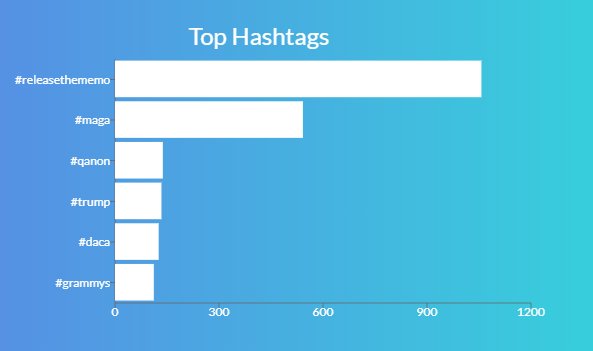 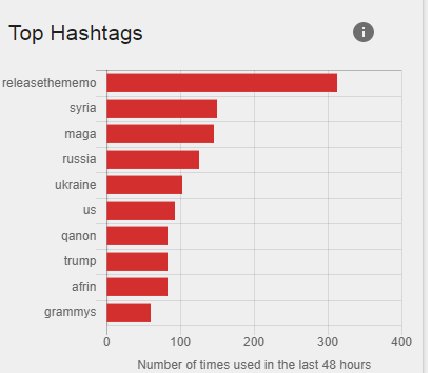 2) #releasethememo first appeared on Twitter 1/18/18. I'm not 100% certain, but this is the first use of the #hashtag I can find - at 1 PM PST from @clasimpmv -let me know of any earlier. Note ZERO RT's or favs - which I find very strange since thats not bot MO