, 27 tweets, 4 min read
My Authors
Read all threads
I'm at the Employment Tribunal this morning to watch closing submissions for the #MayaForstaterCase2019. It's a particularly interesting case on whether a) gender critical beliefs and / or b) a belief in innate gender identity are protected philosophical beliefs.
Does there have to be a belief in innate gender identity in order for absence of belief to be protected? Possibly not, say the judge and counsel for the Respondent (employer)
Respondent kicks off with the assertion that MF's beliefs fail on Grainger 5: that they are incompatible with human dignity.
She argues that MF's belief in biological sex do not reach a minimum level of coherence to satisfy Article 9 (freedom of belief). Many beliefs fit this category - eg an architect who refused to sign up to architect association, anti-vaccination, someone who wanted to marry an
underage girl, refusal to wear a seatbelt. None of these were protected by Art 9 and she argues that MF's belief in biological sex is in the same category.
Counsel for Respondent says almost all of MF's beliefs stray into Art 9(2) territory - not protected because they are offensive in a democratic society, and should be suppressed for protection and freedom of trans women.
Article 10 (freedom of expression) is similarly disapplied if it exhibits phobia. Submits they equate to views on homosexuality 20 years ago. Exaggerated fears of sexual violence, re safeguarding, around children, and these are implicit in what MF is saying.
Counsel for R asks J to have regard to "very dangerous" views and that they are not worthy of respect in a democratic society. It is humiliating & demeaning to say trans women should be excluded from single sex spaces.
Accept that MF genuinely and sincerely holds her views, and Grainger 1 is therefore conceded by R.
However other Grainger criteria are not accepted. Beliefs are too young and lack any philosophical foundation to meet Grainger 2. Example: membership of BNP failed Grainger 2, because BNP a political party.
NB: for those wondering what on earth this Grainger stuff is, here are the 5 criteria.

Counsel for R: belief in bio sex only has cogency if you suspend disbelief in s.9 GRA and if you suspend disbelief in sex as a spectrum.
C for R: MF cannot have held these views as a child, at most only arise from her recent research. And so they are not philosophical, as she could not identify any philosopher who held that sex was distinct from gender identity.
MF and witness KH both said that sex matters in certain circumstances, and you can't have it both ways. Either it matters 'in every aspect of your life' or not, and again, therefore, doesn't fulfil Grainger 2-4.
Csl for R says MF's views are akin to conspiracy theories. There is a minimum standard of cogency and seriousness, which MF's views just don't meet. Likens them to a belief in the poppy-wearing case, as being too narrow for protection. They are irrational, narrow and young.
Csl for R: a belief that reproductive sex exists is "just not true." Intersex disproves the binary. The existence of Mosaic Turner Syndrome proves that a belief in biological sex is reductive and is a philosophical false binary, a "hopeless logical fallacy."
Her views are similar to the claimant in Mackereth, that there are only 2 sexes.
As in Mackereth, this belief conflicts with the fundamental human rights of trans people.
[Mackereth: telegraph.co.uk/news/2019/07/1…]
MF's views fail to recognise s.9 GRA, which says that on acquisition of a GRC, the person's sex becomes that of their new sex. So it is not correct to say that s.9 is a legal fiction, it is a legal reality.
To suggest that s.9 GRA is a fiction is wrong, and that is the starting block. MF said that if someone thinks their biological sex has changed they are lying or mistaken. Those views are wrong legally, because s.9 changes someone's actual sex.
Claimant's interpretation is that s.9 only changes someone's sex for all 'legal' purposes, but s.9 itself says "for all purposes," not all legal purposes. MF's views are incompatible with human dignity because they suggest trans people with a GRC are living a deception.
Comparison to anorexia is an odious view. Anorexics are ill, while trans people are trying to make the outside match the inside. Can't be a protected view.
In x-x MF insisted that Pips Bunce is male, even though in fact he is gender-fluid. [pronoun counsel's own, if I heard that correctly]
In x-x she also said she would not accept a panel made up of men and trans women was a mixed panel, and that demonstrates the absurdity of her beliefs. They are not worthy of respect in a democratic society bc that panel would be legally mixed.
Claimant's views fit the definition of transphobia: she is scared of them and dislikes them. Therefore in conflict with the fundamental human rights of trans women, esp. Art 3 freedom from inhuman & degrading treatment. Her views violate dignity.
Her beliefs are strikingly similar to Mackereth's, apart from the belief in God. MF says that we are all born male or female, Mackereth said we were created male or female.
"The only difference between Mackereth's beliefs and the claimant is that he had God on his side and she doesn't."
New thread starting.
Missing some Tweet in this thread? You can try to force a refresh.
Tweet Share Email Embed

More from @legalfeminist see all

Legal Feminist
@legalfeminist
J: hoping to get the judgment done in the next few days then into back to back cases until the new year. If things go well would hope to produce it in the next couple of days.

Parties talking about when it could be set down for a 3 day hearing.
(This was just a preliminary hearing looking at whether the beliefs constitute protected philosophical beliefs at all, not the substantive issues)
Next date 29 January 2020. Technical point over whether employment contract was employment within EqA to be raised then if not put over for a full merits hearing.

And that's it for today.
Read 3 tweets

Legal Feminist
@legalfeminist
Csl for R responds. Three more points to make. First is logical fallacy point. All gerbils are animals. Animals eat humans. Therefore gerbils eat humans. That is why her claim is fallacious.
Second on compelled speech - it is only compelled speech in the way that hate speech is compelled speech. We DO have restrictions on what people can say. Hate speech in the context of women, MVAW and pornography - contention that porn is hate speech and
shouldn't be allowed, for example. That's an argument that is made. We say it is unacceptable to use certain words like the n-word. So there are restrictions on speech.
Read 5 tweets

Lara Adams-Miller
@LaraAdamsMille1
Author wrote this article and lost her job. If you are buying the lie that it’s only a “tiny minority” of feminists who oppose the movement, you’re forgetting that speaking out means risking being disowned, ostracized, isolated, dumped, fired, harassed, threatened, or killed.

When my social circle became aware of my gender-critical beliefs, about 80% of them cut off contact with me altogether. Unfollow, block, cease contact. This was in 2018, a year after I’d left my abusive marriage. It was awful.
My therapist of two years works out of a gender clinic. She switched locations when transitioning began to grow as a movement and an industry. I couldn’t talk with her about losing my friends or no longer having a home in the LGBT community. I don’t go anymore.
Read 26 tweets

Rachel Anne Williams
@transphilosophr
Given the Trump administration's recent rollback of trans rights that are enshrined in terms of "gender identity" this is rich. That they think GI has "no political value" just means they don't care that trans people are being discriminated against in healthcare & public life

It's entirely possible to be able to "name and refer" to sex-based oppression while still not denying the womanhood of trans women. This is why we have terms like "cis". Cis females and trans females are both women with different anatomy. See? Easy.

They dismiss the "political value" of concepts like gender identity, which are used to protect trans people, while denying the relevance of this position to right-wing politics. Maybe they haven't been reading the news lately, but Trump is explicitly attacking the trans community

Maya Forstater
@MForstater
Awed, humbled, proud (can I be all three at once?) to have these women & men behind me. And chilled & angry thinking about the ones who are not here - kicked off twitter for stating facts @jsoosty, Meghan Murphy, Posie Parker, Miranda Yardley, Venice Allen, Maria Maclachlan...

. @SamBarber1910 keeps the list of people (mainly women) suspended or banned from twitter for such wrongthink as quoting government statistics

If you werent aware of this, but were shocked by what has happened to me, this is your eye opener. So many people I talk to say 'the debate is toxic, both sides are bad', but Twitter is banning ppl for stating facts while allowing violent threats. These are not equals
Read 14 tweets

Here is the long story of what happened: How i changed my mind about this issue, why i think it matters, why I started tweeting about it and how I ended up losing out working on two-year project I had fundraised for, with colleagues i still miss. medium.com/@MForstater/i-…
Here is a break for the Dixie Chicks (in case anyone wants to know how I am feeling)
Read 10 tweets

Julia Serano
@JuliaSerano
my is my promised THREAD for my new essay: Putting the “Transgender Activists Versus Feminists” Debate to Rest (btw, it's on Medium, so please give it lots of "claps" so that others see it!) medium.com/@juliaserano/p… #transgender #women #feminism #LGBTQ #gender #activism
...I saw some wild claims about my piece yesterday, so I will attempt to clarify here. my first point: there is a long history of feminist debates and discourses regarding trans ppl. Talia Bettcher discusses this in her critique of that Stock piece: dailynous.com/2018/05/30/tab…
...as someone who has played a small part in that history, and who spends much of my time in feminist settings, I can tell you that the "feminist debate" regarding trans people is largely settled, as most contemporary feminist recognize that...
Read 16 tweets

Seth Abramson
@SethAbramson
(THREAD) BREAKING: The just-released "Navalny Tape" gets us *much* closer to seeing the whole of the Trump-Russia coordination narrative. In this thread I explain how a dozen Trump aides fit into the narrative—with Manafort and Papadopoulos as the stars. Hope you'll pass this on. 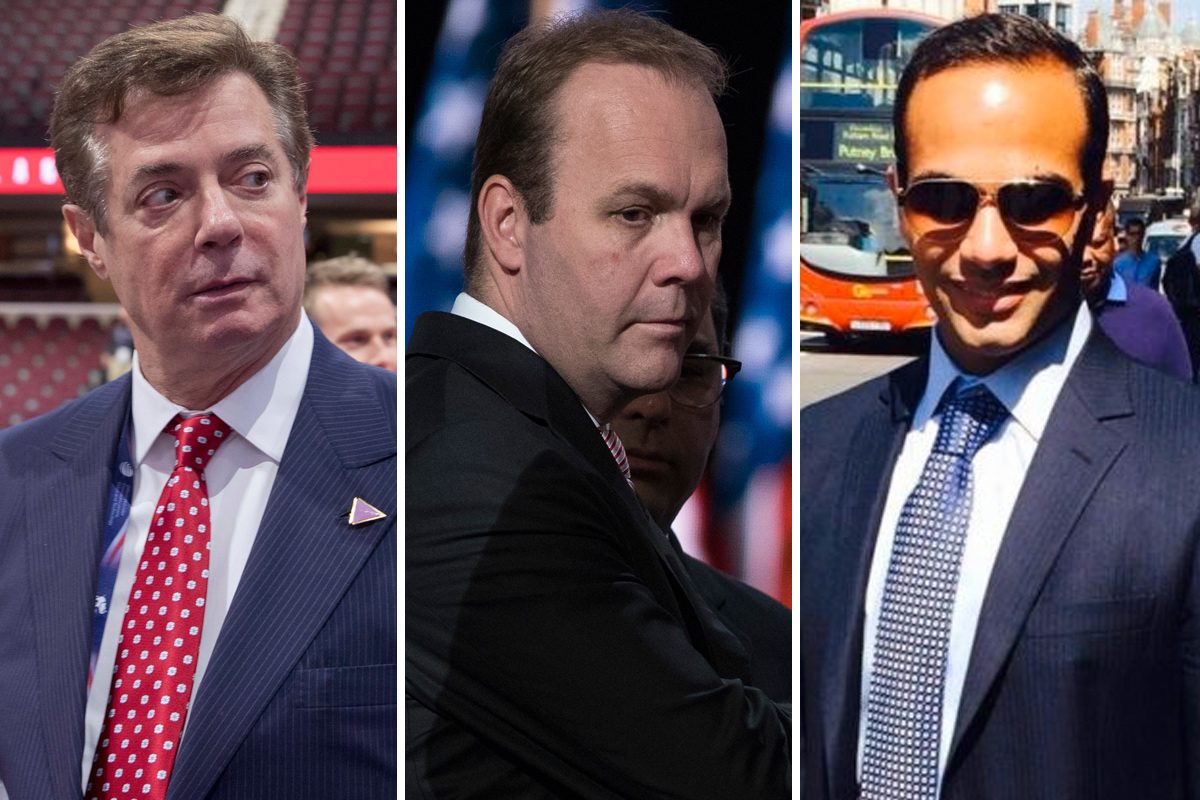 1/ The Trump-Russia coordination narrative becomes much less confusing—particularly after today (more on that in a moment)—if you just (a) know all the key players in the narrative, and (b) understand the relatively limited role that nearly all of them except four or five played.
2/ Here are the names to know: Trump, Trump Jr., Kushner, Manafort, Gates, Sessions, Page, Papadopoulos, Clovis, Lewandowski, Hicks, Flynn, Prince, Cohen, Sater, Phares, Gordon, and Bannon. That's 18 names—but most played a relatively small role in the narrative. I'll show you.
Read 108 tweets