, 5 tweets, 1 min read
My Authors
Read all threads
I've been having some sexual thoughts about you I'd like to share over text if you'd enjoy that

The lack of a terminal period makes it casual.
*checks DMs repeatedly* 🍆
What's getting me is the tendency to write scripts. People are so afraid to say the wrong thing that they're trying to script out organic encounters ahead of time and providing them as a public service.
The Social Justice league is re-creating the exact lack of authenticity the original postmodernists complained about but doing so using postmodernism to get there. 😂
Missing some Tweet in this thread? You can try to force a refresh.
Tweet Share Email Embed

More from @ConceptualJames see all

James Lindsay
@ConceptualJames
Cocktail law: With the exception of the martini, any gin cocktail can be improved by replacing all the gin with an equivalent amount of reposado tequila.
Here: the classic aviation, adjusted in accordance with The Law.

I've read that replacing half the gin with Scotch is also a similar law, but I haven't tested this yet.

Similar law: replace 1/3 of your rum in rum cocktails with cachaça or pisco, or split it in thirds evenly between the three.
Read 3 tweets

James Lindsay
@ConceptualJames
This lube was half off, so I stocked up.

This one really wasn't that difficult.
I *know* it's a lot of peanut butter. I have plans.

James Lindsay
@ConceptualJames
This is a critical deconstruction: Baby Yoda was born in a corporate boardroom, dreamed up by people who knew people wouldn't just go crazy loving it but would also buy insane amounts of related merch.

Did it improve anything? Anything at all?
The point of the tweet is that the cynical deconstruction doesn't add anything, fam. I'm not into deconstructions myself.
The point of critical methods and of deconstruction are often ultimately to make you feel gross about liking something you like by pointing out how it's a product of some self-interested practice that's making you into its dupe. It's a nasty, nasty thing.
Read 5 tweets

Jyotih
@RealMightyJoe
#share #thread #poem #qanon #QArmy #realmightyjoe #original
The following is one of my favorite poems I have ever written. On my phone so excuse any typos. I think it's the time to put this out there.
"As I Wept with the Devil"
The Fallen Angel would rather,
Crawl back to the pit of Hell.
Kill himself through his prechosen,
Ritual;
Then to ever have to see the Light,
The Truth.
The face of his Makers,
Mother and Father,
Ever again.
I do believe he truly hates God.
But Worships him still, to this Day.
Secretly,
His Mother he has attempted to erase from his-story.
Storytellers tell it differently.
We will politely dis-agree.
You Have No Power Over Me!
Read 17 tweets

Roy E. Bahat
@roybahat
Having worked in government and with governments, I want to share a point of view on how government works -- apparently very different than what some other leaders in our industry believe.

(Already responded to him separately, so this is more to share my thoughts.)

I worked in NYC government once upon a time, and have worked over the years with many elected officials (e.g., on our fund's visits to small cities with VCs and members of Congress, to which Paul, you'd be welcome to join). Based on personal experience...

1. People in government leadership work more hours for less pay with higher stakes than their peers in the business world. My boss in city government, @DanDoctoroff, got to work every day at 5.30am.
Read 13 tweets

kiki 🧘🏽‍♀️
@_vivalaMONSTER
Casual sex would be an option for more women if they didn’t feel like a piece of ass or like they’ve been bamboozled out of pussy afterwards. But y’all not ready for this chat..
In order for casual sex to work there needs to be an open/honest conversation on 3 things:
1) what you really want from them (sex, love, money, etc)
2) what kind of situation you want and what it looks like
3) if you can accept what the other person is asking of you
Misrepresenting yourself and/or your intentions is what leaves people feeling “swindled” during arrangements. Selling someone a dream about love/relationships to get what you want from them is lying, plain & simple.
Read 5 tweets

PoliPsy⚔️Savage 🇺🇸
@hrprr
, having read #TheSunAlsoRises, at least five times, I want to share my thoughts. Hemingway wrote it in 2 mo, living in Paris, & based it on a 1925 trip south w a few expat buds to #Pamplona Esp for Festival #SanFermines & the Running of the Bulls, #TheLostGeneration 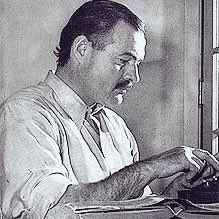 Of course, the protagonist squeezes a few days of trout fishing in (w his bota de vino, of course) in the Pyrenees Mountains, Basque Country, France. They later rendezvoused by way of train at the event. Bottle of coñac 💯. Let me clear: SF is insane. Its 24/7 day/night for 1 wk 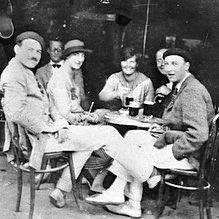 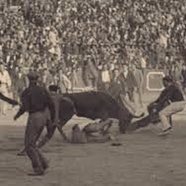 It was in this book where Hemingway honed his approach to prose he called #IceburgTheory which is #SelectiveOmission. This is is best known masterpiece & first book, too. He discovered a way he to describe one thing while an entirely different thing was occurring. Revolutionary. 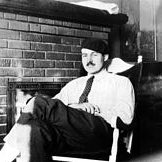