Discover and read the best of Twitter Threads about #DemFuture

diane #ForAll straub
@didikins4life
This is the #DemPartyPlatform for 2020. This section is called: Ending Poverty Only one party has a specific plan for ending the scourge of poverty for poor and #WorkingAmericans..the other has a loyalty oath to a corrupt billionaire 1/9

In the wealthiest country on earth, it is a moral abomination that any child could ever go to bed hungry. 2/9 #DemPartyPlatform #EndPoverty #HungerInAmerica

#Democrats will increase funding for food assistance programs, including #SNAP, #WIC, and school meals. We will also remove barriers that keep the formerly incarcerated from accessing food assistance.3/9 #DemPartyPlatform

diane #ForAll straub
@didikins4life
This is the #DemPartyPlatform for 2020. This section deals with Investing in the Engines of #JobCreation Only one party has a specific plan for rebuilding the great American #MiddleClass. ..the other has a loyalty pledge to a con man whose lies cost so many American lives. 1/14

#Democrats will make it easier for new and beginning #farmers, aquaculture farmers, ranchers, and foresters, including returning veterans, to start and grow their operations by expanding U.S. Department of Agriculture (USDA) ownership and operating loan programs. 3/14

diane #ForAll straub
@didikins4life
This is the #DemPartyPlatform for 2020. This section deals with Investing in the Engines of #JobCreation Only one party has a specific plan for rebuilding the great American #MiddleClass. ..the other has a loyalty pledge to a con man whose lies cost so many American lives. 1/15

#Democrats will modernize and green our public schools, and ensure they are accessible to students with disabilities. 2/11 #DemPartyPlatform #accessibility #education

#Democrats will close the digital divide that deprives more than 20 million Americans of high-speed internet access by investing in broadband and 5G technology, 3/11 #DemPartyPlatform #digitaldivide

diane #ForAll straub
@didikins4life
This is the #DemPartyPlatform for 2020.This part deals with building a #StrongerFairerEconomy
The economy is not working for the American people.Only 1 party has a platform for the next 4 yrs/the other has a loyalty pledge to a malignant narcissist who threatens our democracy1/12

We cannot hope to raise wages without taking on the profound racial biases at work in our employment system. The wage gap between Black workers and white workers is higher today than it was 20 years ago. 2/12 #DemPartyPlatform #WageGap #SystemicRacism

It takes a typical Black woman 19 months to earn what a typical white man earns in 12 months/for typical Latinas &Native American women, it takes almost
2 yrs. Dems believe we need to be much more proactive &aggressive in rooting out discrimination in our employment system. 3/12

diane #ForAll straub
@didikins4life
This is the #DemPartyPlatform for 2020.This part deals with building a #StrongerFairerEconomy
The economy is not working for the American people.Only 1 party has a platform for the next 4 yrs/the other has a loyalty pledge to a malignant narcissist who threatens our democracy1/13

#Democrats will hold executives personally accountable if they interfere in workers’ efforts to organize, including issuing criminal penalties for intentional obstruction. 3/13 #DemPartyPlatform #UnionStrong

diane #ForAll straub
@didikins4life
What does the 2020 Dem Platform say about #COVID19? Time to acquaint ourselves with the #DemPartyPlatform for 2020. A platform is guiding principles of a party..goals, vision, mission, promise. Only one party has a platform for the next four years..read on for more insight 1/15

In the midst of the #pandemic, the Trump Administration is arguing in court to invalidate the Affordable Care Act and rip health coverage away from tens of millions of people. 2/15 #DemPartyPlatform #ACA #COVID19

President Trump & his Administration have also failed to drive an economic response that is commensurate with the scale of the challenge before us, preferring to act as though the recession caused by his incompetent mishandling of the #COVID19 pandemic will correct itself. 3/15

diane #ForAll straub
@didikins4life
#Democrats believe there is nothing to fear from the voices and votes of the American people. We will restore the full power of the Voting Rights Act and stamp out voter suppression in all its forms. 1/18 #DemPartyPlatform #votingrightsact #DemFuture

#Democrats will curb the corrupting influence of money in politics and protect the integrity of our elections from all enemies, foreign and domestic. We will never accept political gridlock as our fate. 2/18 #DemPartyPlatform #MoneyInPolitics #FreeAndFairElections

#Democrats will never tire in our fight to deliver results & create opportunity for all Americans.We will end the war on government that has politicized our institutions,denigrated public service & left the American people on their own instead of working to make them whole. 3/18

Friends and foes alike neither admire nor fear President Trump’s leadership—they dismiss and ridicule it. The Republican Party under President Trump has made America small—when we are a people called to do the greatest things.3/12 #DemPartyPlatform #DemocraticLeadership

diane #ForAll straub
@didikins4life
It’s that time again! Time to acquaint ourselves with the #DemPartyPlatform for 2020. A platform is the guiding principles of a party..goals, vision, mission, purpose. Only one party has a platform for the next four years..read on for highlights. #DemFuture 1/11

America is an idea—one that has endured and evolved through war and depression, prevailed over fascism and communism, and radiated hope to far distant corners of the earth. 2/11 #DemPartyPlatform #DemFuture

Americans believe that diversity is our greatest strength. That protest is among the highest forms of patriotism. That our fates and fortunes are bound to rise and fall together. 3/11 #DemPartyPlatform #DemFuture

diane #ForAll straub
@didikins4life
Tomasz P. Malinowski #NJ07 is an American politician and diplomat who is the U.S. Representative for New Jersey's 7th congressional district. A Democrat, he previously served as Assistant Secretary of State for Democracy, Human Rights, and Labor in the Obama administration.

From 2001 to 2013, Tom Malinowski #NJ07 was a lobbyist for Human Rights Watch. In this position, he advocated for the closure of the Guantanamo Bay detention camp. FOLLOW>>@Malinowski #Election2020 #NJ07 #OurHouse #DemFuture

Tom Malinowski #NJ07 was praised in 2014 by leaders from both parties for his defense of human rights and his work toward ending torture.
While working in the State Department, Malinowski spearheaded efforts to assist persecuted religious minorities targeted by ISIS in Iraq.

diane #ForAll straub
@didikins4life
Graham was once one of Trump’s sharpest critics (“I think he’s a kook,” in 2016), and is now one of his staunchest supporters, whether it comes to supporting his Supreme Court pick, or his golf game (“Anyone who says he’s not a great golfer, that’s fake news,” he said).(WaPo)

Sen. Lindsey Graham advises President Donald Trump to “stick to his guns” in the fight over funding for a wall on the U.S.-Mexico border and warned that giving in to Democrats' demands could be "the end of his presidency." (USAToday)
#GOPFail #DemSenate2020 #NoWall

@FiveThirtyEight which tracks congressional votes, reported that as of October 2018 Sen Cindy Hyde-Smith (R-MS) had voted with Trump's position 100% of the time. #GOPComplicit #GOPFail #DemSenate2020

diane #ForAll straub
@didikins4life
Within weeks of the Orlando nightclub shooting, Sen. Tom Udall (D-NM) participated in a sit-in at the House to demand votes on gun control legislation, saying, "We owe it to the LGBT community & all families harmed by gun violence to keep terror suspects from obtaining guns."

Since he was first elected to Congress in 1998, Sen. Udall has taken a leadership role on a wide array of environmental issues, receiving a lifetime score of 96% from the League of Conservation Voters.
#DemSenate2020 #DemsWork4USA #DemFuture #ForThePeople

Sen. Udall was one of the original co-sponsors of the Arctic Wilderness Bill, and more recently has worked closely with the Navajo and Pueblo nations in New Mexico to oppose new leasing, drilling and fracking near Chaco Canyon National Park. #DemSenate2020 #DemFuture

diane #ForAll straub
@didikins4life
We must focus our #DemFuture energies on taking back the Senate. All Class II Senators are up for re-election in 2020.

diane #ForAll straub
@didikins4life
The American people are confronted with a #GOP Congress and Administration that are relentlessly ransacking the futures of American families and seniors, all to further enrich their lobbyist and special interest friends, big corporations and the wealthiest one percent. /1

From health care, to taxes, to good-paying jobs, to critical consumer protections, President Trump and the #Republican Congress are selling out the American people at every turn: /2 #ARawDeal #CultureOfCorruption #RepublicanGreed

#Democrats must be ready to drive home our case to the American people about how a Democratic majority will fight For The People:/3 #ForAll #ForThePeople #ABetterDeal #PrincipledDemocraticLeadership

..and the story continues to widen as reporters unearth at least six other #GOP current and former Members of Congress who have recently owned or sold stock in Innate Immunotherapeutics, the Australian company at the center of the arrest of Rep. Collins./3 #GOPCORRUPT #Collins 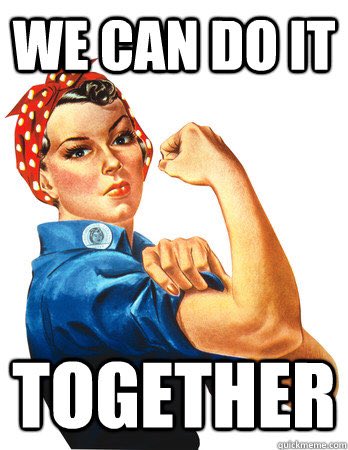 ..by establishing a multimillionaire surtax to ensure millionaires and billionaires pay their fair share/2 #DemsWork4USA
In addition, Democrats will shut down the “private tax system” for those at the top/3 #DemFuture #TaxPlanScam
Read 9 tweets 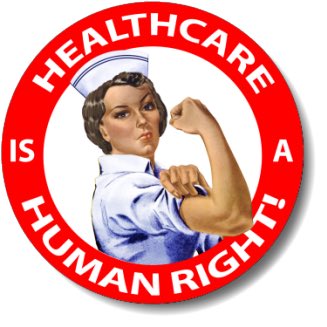 diane straub
@didikins4life
From the Asia Pacific to the Indian Ocean, Democrats will deepen our relationships in the region/1
#DemPartyPlatform 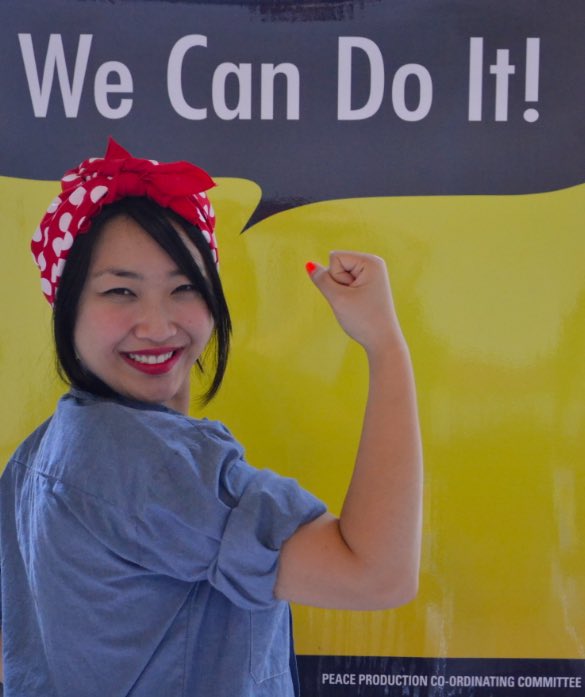