Discover and read the best of Twitter Threads about #Pahlavi

For the first time, I have clipped & captioned it all below

“When I committed…the mistake of changing the Amouzegar government & precipitate the liberalization program, I wanted to create…a coalition to form a national government representing all shades especially the opposition…I tried very hard…but [to no avail]”
3/61

DF: [Did Sharif-Emami initially do the right things or not?]

It was surrendering on all fronts to everyone: opening…jails&giving freedom to all [while declaring] martial law

It was a mockery. We had officially…martial law but…not [in] practice”
Read 61 tweets

In late 1978, one such interview occurred with Khomeini from his French headquarters

• “Center of resistance to the Shah of #Iran” [UNDERDOG]

• “Symbolizes the religious opposition... & guides the movement” [A PROPHET]
3/24

In 1975, Mohammad Reza Shah #Pahlavi The Great gave this interview to Canada’s CBC

According to the CBC’s own description of the interview,

Do you think our inflation in the Western world is our own fault?

“You’ve built your progress & your affluence at our expense”

“So you can’t say that we increased the price of oil all of a sudden because for 20 & some odd years, maybe 24 years, we have just been terribly exploited in a very mean way”

Bill Figueroa
@IranChinaGuy
While #CCP Chairman #HuaGuofeng's visit to #Iran in 1978 was meant to project strength, his translator recalled a different mood... (a short thread) 1/

"The meeting between the leaders of the two countries that I was most impressed with was a separate meeting between #HuaGuofeng and #Pahlavi. At that time there was no one but else but myself as a translator. Pahlavi's mood during the meeting was already quite depressed..." 2/

"...He said that the situation in Iran is already very difficult, and his future is "unknown." I was very surprised when I heard this sentence: As a head of state, he had no confidence in himself!" 3/

Sajjad Rizvi
@mullasadra
There were a number of attempts by the #hawza to respond to the challenges of #materialism all the way from #naturalism to #Marxist #dialectical materialism including this work of #MuhammadTaqiAmuli (d. 1971 #ShiiTheology #kalam_jadid 1/

Babak Taghvaee
@BabakTaghvaee
#BREAKING: #Iran's Islamic Regime raised fuel price to compensate its lack of oil income. It resulted quick raise in prices of all goods in 24 hours. Since morning, thousands of Iranians have come to streets of their cities to protest against the regime authorities. #IranProtest
#BREAKING: Thousands of protesters in #Sirjan, South of #Iran are protesting against the Islamic Regime over the rise of prices of fuel. They chant: "#RezaShah, God Bless Your Soul". #IranProtests
#BREAKING: Hundreds of protesters have come to streets of #Mashhad to protest against #Iran's Islamic Regime over the rise of price of fuel. They have switched-off their cars in street to prevent mobilization of the security forces for suppression of the protesters.
Read 47 tweets

Christian Sahner
@ccsahner
1/ Here’s a unique coin I love to show my students @UniofOxford. A fascinating window into the early history of #Islam in #Iran. Minted in Sistan, ca. 691-2. One side portrays the #Sasanian king of kings; the other has the Islamic profession of faith (the shahada) but in Pahlavi!

2/ Pahlavi (otherwise known as #Zoroastrian Middle #Persian) was the language of the #Sassanian kings and the #Zoroastrian clergy. It remained a prestige language in #Iran even after the Islamic conquest
3/ What makes the coin so unique is that it translates the shahada into an essentially #Zoroastrian idiom: “yazd-ēw bē ōy any yazd nēst mahmat paygāmbar ī yazd” (There is one God, without any other, #Muhammad is the #Prophet of God)

Babak Taghvaee
@BabakTaghvaee
#Iran once pioneered respect for women's rights in the world. But the world's most filthy religion ruined its magnificent culture. Under the secular #Pahlavi, marriage was prohibited to women under 18, but in the Islamic Regime,a 13yrs old girl is forced to marry a 28yrs old man!
After the #IranRegimeChange, we gonna do this to all Pedophiles who want to follow legacy of their disgusting prophet!
Source of the image: A medical illustration by Sharaf ad-Din (Iranian Historian) depicting an operation for castration, c. 1466.

Babak Taghvaee
@BabakTaghvaee
Official statement of Prince Crown Reza #Pahlavi about #IranProtests in @ManotoTV:
"For 40 yrs, Islamic regime controlled Iran by lie & spent wealth of people for its goals such as export of Islamic revolution, Iranians are protesting this, this is their right."
Part.2: Reza #Pahlavi II statement on #IranProtests>
"Iranians have risen-up for their basic rights. We only want from the world to not stay silent like before. Especially the countries who claim are democratic. If they remain silent, they will have to answer oppressed Iranians"
Part.3: Reza #Pahlavi II statement on #IranProtests >>
"This is time for military & para-military forces such as Army & #IRGC to choose btw regime & people. People select regimes, not them. They must protect people not the regime which uses trucks to crush protesters to death".
Read 8 tweets 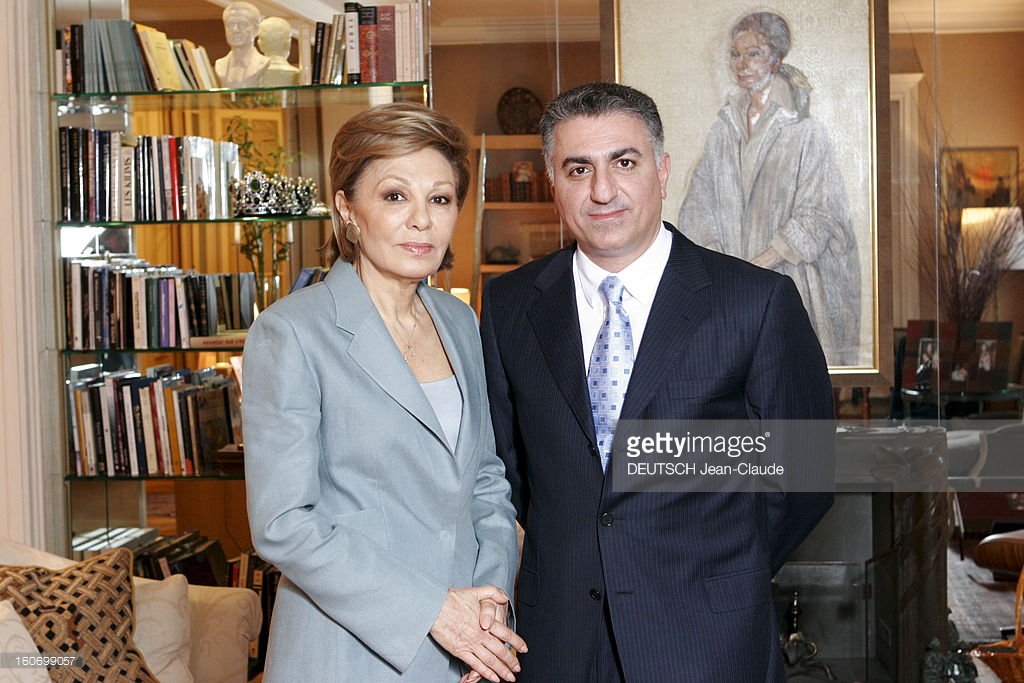 Here is official message of H.I.M Empress Farah Pahlavi for Iranians regarding to the #IranProtests released few hours ago.
#SaudiArabia's #AlArabiya which has been voice to various Jihadist & terrorist groups since early 2010's is now trying to show Islamist #MKO People's Mujahedin of Iran (funded by #KSA) as leaders of #IranProtests! #MKO is responsible for assassination of #US citizens in #Iran!