Discover and read the best of Twitter Threads about #mogadishu

Fire-Walkers AFRICA
@IndigenousConvo
However, it shifts the focus back to the old narrative that Kenyans are somehow responsible for the current insecurity, and that if we "got out of Somalia", the "Banditry" would stop. It also very subtly blames the 'Somali Muslim'.
#AlShabaab #AlshabaabAttacks #NorthernKenya

For over 56 years, those in the North Eastern Territories have been held hostage by the same idiotic thinking pushed by KEGovernment & Media (apologies @DennisOkari) that is OWNED by our political leaders..
It is insanity! In this thread, the historical background of #AlShabaab

@DennisOkari ..from where we last left off. Scroll down or search the other Threads by looking for [#AlShabba] and [#FireWalkers] .
But first, a recap....
"On Wednesday, August 28th, 2019, the UN Security Council rejected Kenya’s request to designate al-Shabaab a terror group under
Read 71 tweets

Rita Katz
@Rita_Katz
1) Another deadly #Shabaab attack today, in which it claims killing 17 Americans & 9 Kenyans after 10hour clashes at Camp Simba US naval base in #Kenya. Comes amid a severe wave of attacks this past year by the group.
ent.siteintelgroup.com/Statements/at-…

2) #Shabaab calls today's op 2nd part of its “Quds Will Never be Judaized" campaign in response to Trump's recognition of Jerusalem as Israel’s capital. Comes one year after Shabaab launched this campaign w its deadly attack on Riverside complex in #Kenya ent.siteintelgroup.com/Statements/sha…

Juweria
@BJuweria
The Somali Youth Fed gathered in #Jigjiga today to protest against Ethiopian Airlines' discriminatory policies both in terms of hiring practices & pricing. They have called for a 72 hr boycott of the airline

@flyethiopian should listen to the concerns/ demands of the people.

On @flyethiopian’s discrimination towards Somalis:

Najah Mohamed Garad- an aspiring pilot was shortlisted and called to be interviewed at the #Ethiopian Aviation Academy in Addis. In his interview they asked him: Do you have family in Mogadishu? & Do you ever contact Mogadishu?

Najah responded that he has no family in #Mogadishu nor does he contact anyone there. The 3 male interviewees continued to interrogate Najah in a clear attempt to establish some form of link between his Somali identity and Mogadishu- as though this is a crime!
Read 5 tweets

Representatives from 58 countries & 6 INGOs gathered in Brussels on the 16th and 17th of July 2018 to participate in the 2nd Somalia Partnership Forum(SPF), following the successful in SPF in Mogadishu on the 5th of December 2017.
2/4 The Brussels meeting focused on the Horn of Africa countries security stabilisation, political development, economic recovery and humanitarian issues with regards to Somalia.
3/4 The #SPF2019 is happening now in #Mogadishu. Over 46 delegations taking part and the main focus areas for this year include:

Ahmed Jubba 🇸🇴
@wehlie_ahmed
. @IITEInstitut will host #GlobalGoalsJam in #Mogadishu, it will bring creatives,activists & changemakers from🇸🇴2 discuss &develop local solutions 2 #climate neutrality & #Sustainability challenges. It will be great momnt for #Mogadishu & 80 other cities across the 🌎.

Note: This event will be the first time of its its kind ever held right here in #Mogadishu. Thank you @IITEInstitute .
@threadreaderapp unroll
Read 3 tweets

But there are a number of other interesting observations in the report...
On #alQaida, the @UN intelligence suggests the group although the health of AQ leader Ayman al-Zawahiri & AQ's succession plan "are in doubt"
The @UN report also concludes #alQaida-aligned groups "are stronger than their #ISIL [#ISIS] counterparts in #Idlib, #Syria|n Arab Republic, #Yemen, #Somalia and much of West #Africa"
Read 13 tweets

AfricaNOW
@africannow
This picture of #Mogadishu, #Somalia, in 1958 destroys the myth from my northerners that the blue flag was a northern thing. Way before June 26, 1960, the flag stands side by side with the Italian and UN flags. The south was placed under UN trusteeship still administered by Italy

Part of the problem in Somalia is that proper history is not often taught. Lessons are almost always delivered in a biased and tainted manner with shortsighted tribal motives. As I grew older, I discovered much of what my Isaaqs have been feeding me were nothing but lies.
Myth 2-1: My northerners claim they secured independence for the south. Degehtur monument commemorates Somali protest against reinstating of Italians under UN mandate in 1949. Allies defeated Italy in 1941. British military administration (BMA) governed the south (1941-1949).

President Mohamed Siad Barre put in effect the choice of a script for the national language which is still regarded as the greatest achievement in the Somali history. A massive literacy campaign titled Bar ama Baro Teach or Learn was put in place. #Somalia #Mogadishu

Bar ama Baro campaign where a large amount civil servants numbering up to 40,000 students were sent to the countryside to educate the nomads in literacy and by 1977 more than 70% of the Somali population had passed literacy tests. #Somalia #Mogadishu #Kismayo #Hargeisa

Sotiri Dimpinoudis
@sotiridi
#Breaking: Just in - Reports of some big explosions followed by multiple gunshots heard in #Mogadishu in #Somalia.

And another witness, a mother of 2 retelling of the tragedy of losing her entire family & relatives from a rocket landing on her house. These weren't isolated incidents!

Reports show that almost 400 civilians were killed in the first round of shelling. The excuse given for the #Ethiopian military indiscriminate bombing & shelling of civilian-inhabited neighborhoods was to capture the Stadium/main roads.

Amanda Sperber
@hysperbole
Yesterday General Waldhauser said US #airstrikes won't stop al Shabab in #Somalia. I spent five weeks on the ground investigating the impact of the strikes. Here's what I found: thenation.com/article/somali…
Halimo Mohamed Abdi said the blast broke both her hips, left shrapnel embedded in her thigh, and caused terrible burns that cost her both breasts.Before she lost consciousness, she told me, she saw three boys—9, 10, and 16—die in the explosion about 30 miles outside #Mogadishu.
Abdi, like many Somali herders, doesn’t follow the Western calendar, so she’s unsure of the exact date of the strike. But she says it was about two weeks before Eid al-Fitr, which began on the evening of June 14 last year.
Read 30 tweets

Paul D Williams
@PDWilliamsGWU
1/ #AMISOM gets its first #Ethiopian🇪🇹 Force Commander. The last time Ethiopia offered to play this role in 2016, the proposed deal fell through...

2/ In early 2016, #Ethiopia🇪🇹 proposed taking the #AMISOM FC position if it could deploy an additional 1,000 troops into AMISOM & deploy a contingent to #Mogadishu. This was rejected in favor of a #Djibouti🇩🇯 FC. See p.201 amazon.com/Fighting-Peace…
3/ It's an interesting time for an #Ethiopian🇪🇹 #AMISOM FC given recent events around #Baidoa w the detention of #Robow involving #ENDF troops; the #AlShabaab ambush of ENDF convoys; & ongoing unilateral ENDF helicopter operations.
Read 3 tweets

Ahmed Ali
@Isbedeldoon2017
Every day their news is filled with stories about protest, terrorism, crime, trolling gov't officials, Qatar, travels made by president and PM and clan clashes.
News is about things that happen, not things that don’t happen.
In this thrd i will talk about what i call FAKE NEWS.
Most of the #Somali journalists or those who were employed to talk about #Somalia focus on stories about war as if they are "war correspondents". They will rather talk about protest or small explosion than developments in the country.
Some journalists are making things worse, they can make it better.
There are many good journalists working today for good quality media. But they're trapped in an agenda of politics, fear, crisis, scandal and corruption. They are giving us a wrong picture of our country. So Sad.
Read 5 tweets

Yaab Amakaag
@yaab_amakaag
LIVE THREAD: on Current Political Development in #Somalia. Here is my analysis on what's happening now at the federal parliament. First some background. Deputy speaker Muudey dismissed the Parliamentary Oversight Committee last week for publishing a damning report against MoF
The report accused corruption & misappropriation for Minister of Finance Mr. Beyle. The Admin reacted by bribing several MP's in the Committee with $10k each, in addition to dismissing the committee while Speaker Mursal was away for a personal leave in Turkey.
Upon returning, Mursal wasn't happy with the infringement of the Admin in the Parliament. So, he wrote a letter yesterday reinstating the Committee & calling Muudey's move not only baseless but out of the legal bounds.
Read 10 tweets

Yaab Amakaag
@yaab_amakaag
Mr. RONDOS was implicated in corruption scandal for his role as advisor to former socialist PM of Greek, George Papandreou, in April this year by authorities. This was widely reported by Greek media. #Somalia #Mogadishu

RONDOS' support for Farmajo Administration is credited to the greatest fraudster Mr. Abdisaid M. ALI, the current National Security Advisor to the President. Ali served briefly for EU mission in Somalia as a low-key consultant.
"Alexander Rondos is a citizen of Greece born in 1954 in the Sultanate of Zanzibar (Tanzania). He studied in the UK, was a correspondent for the British magazine West Africa Magazine, and then worked for Catholic Relief Services, an American Catholic NGO." Katehon.com
Read 8 tweets 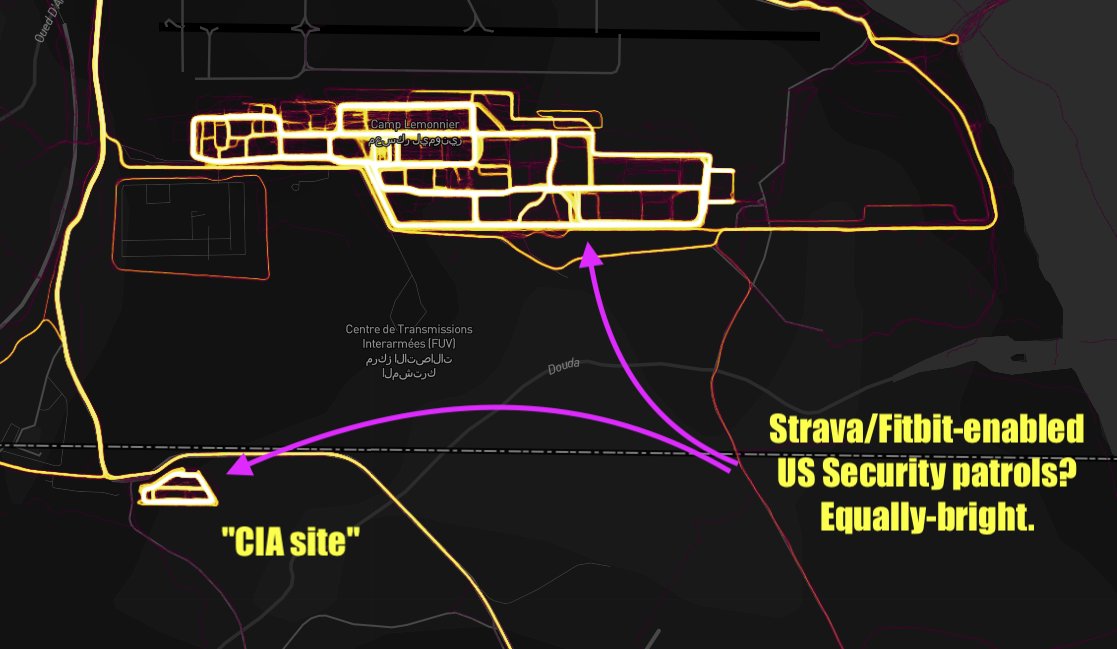 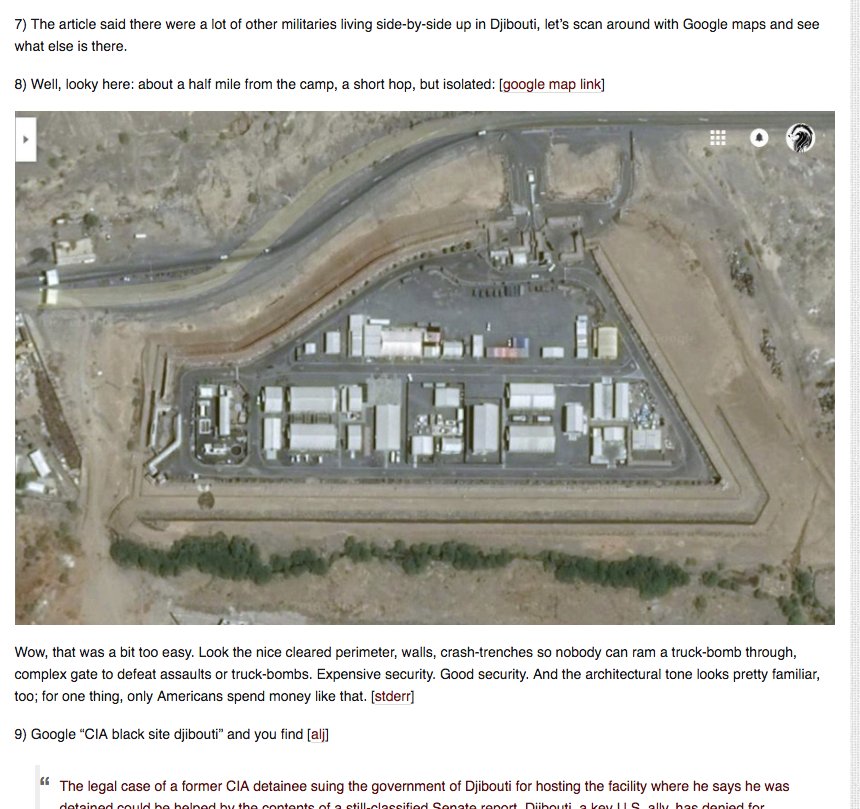 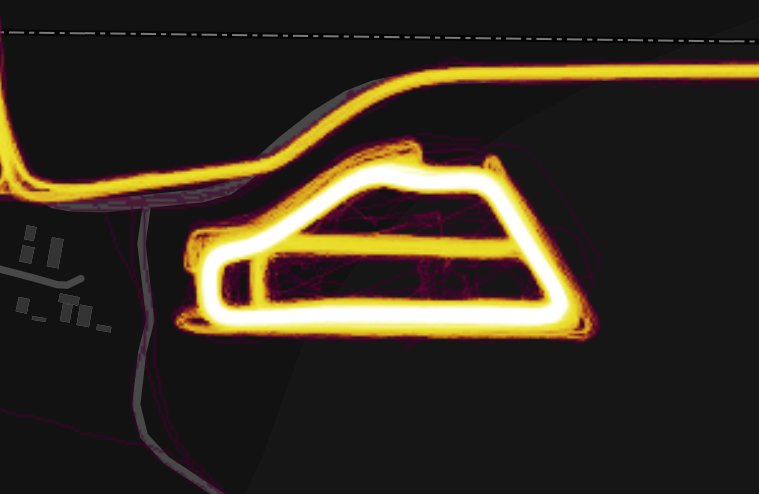 Also there are more drones on the (but older?) DigitalGlobe/Mapbox imagery (Strava) imagery of Chabelly airport, than the (more recent?) equivalent GoogleMaps: google.com/maps/place/11%… 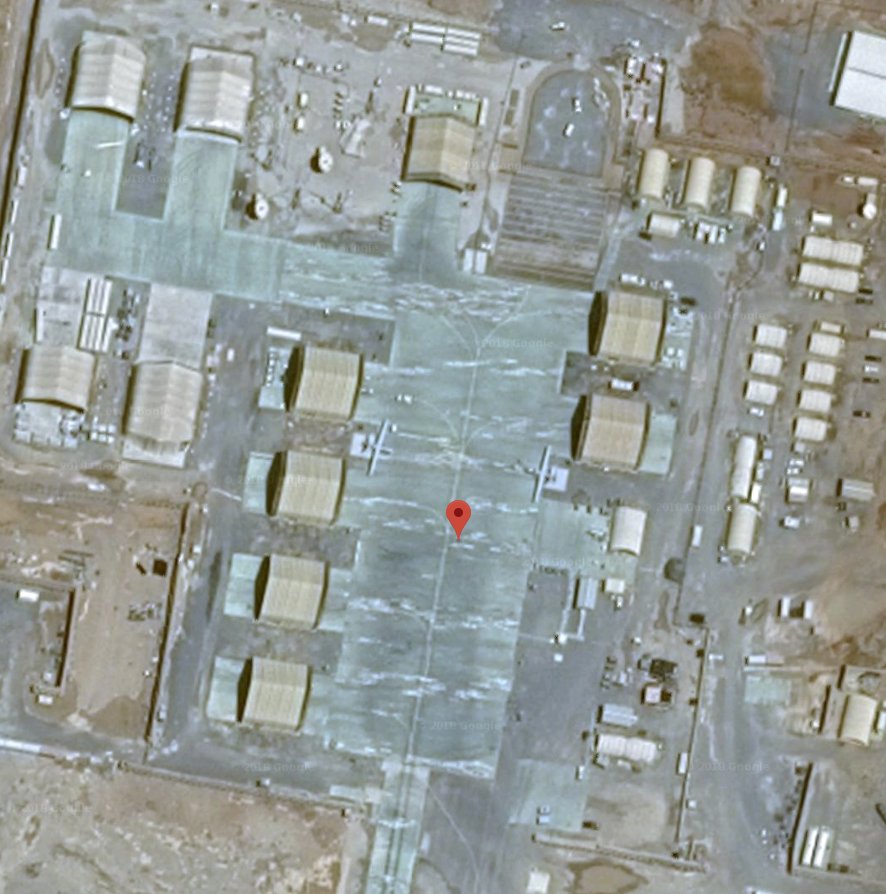 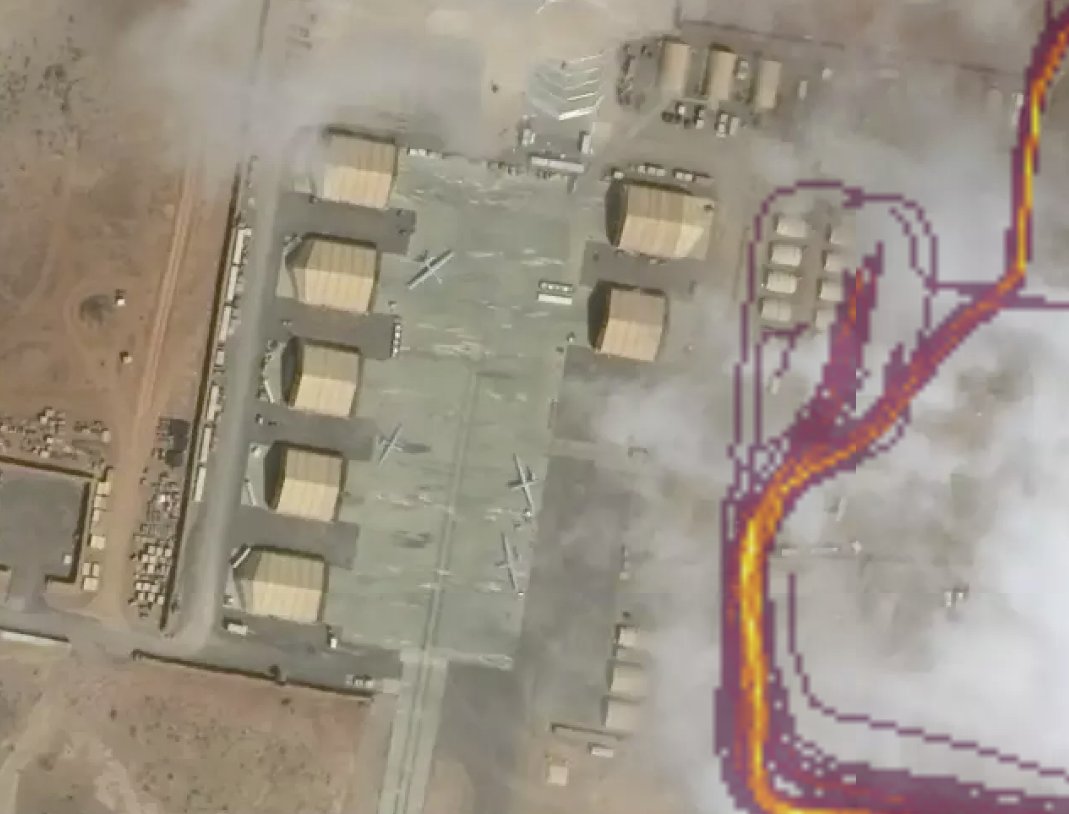 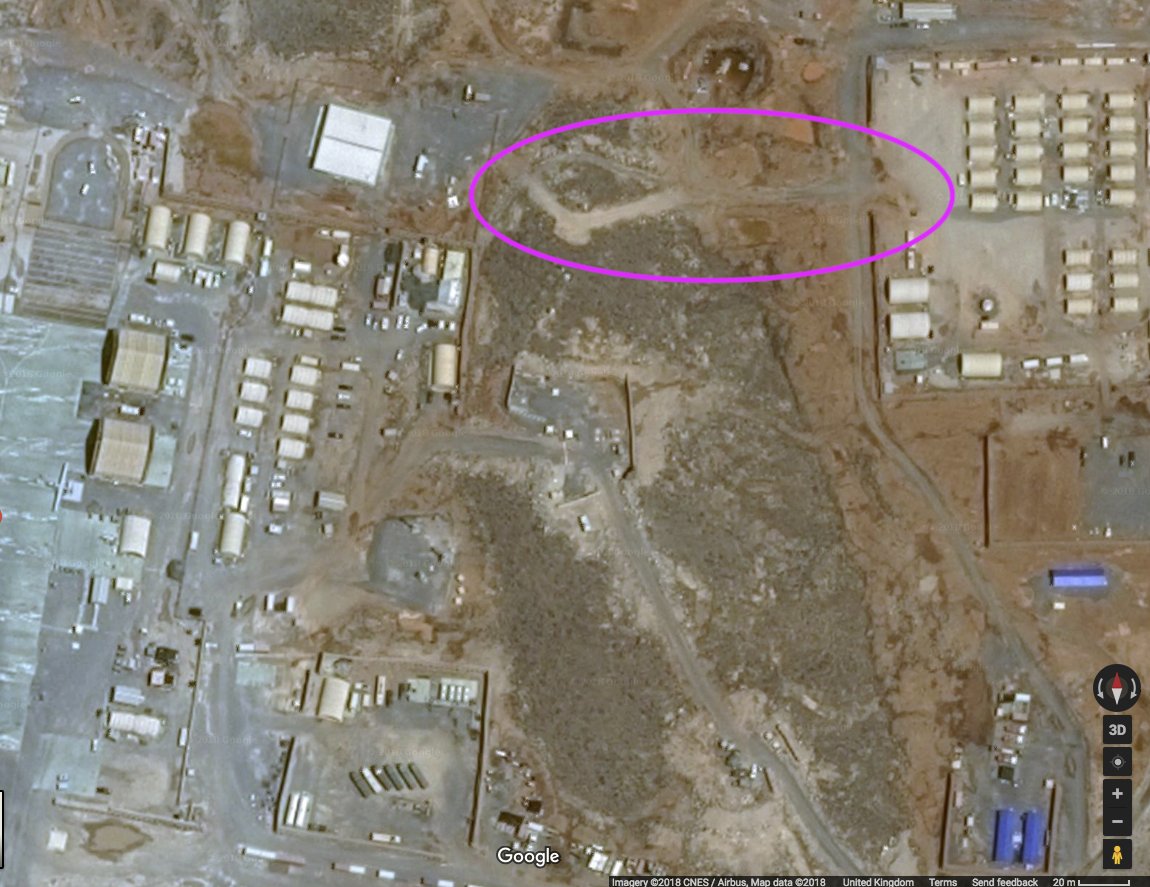 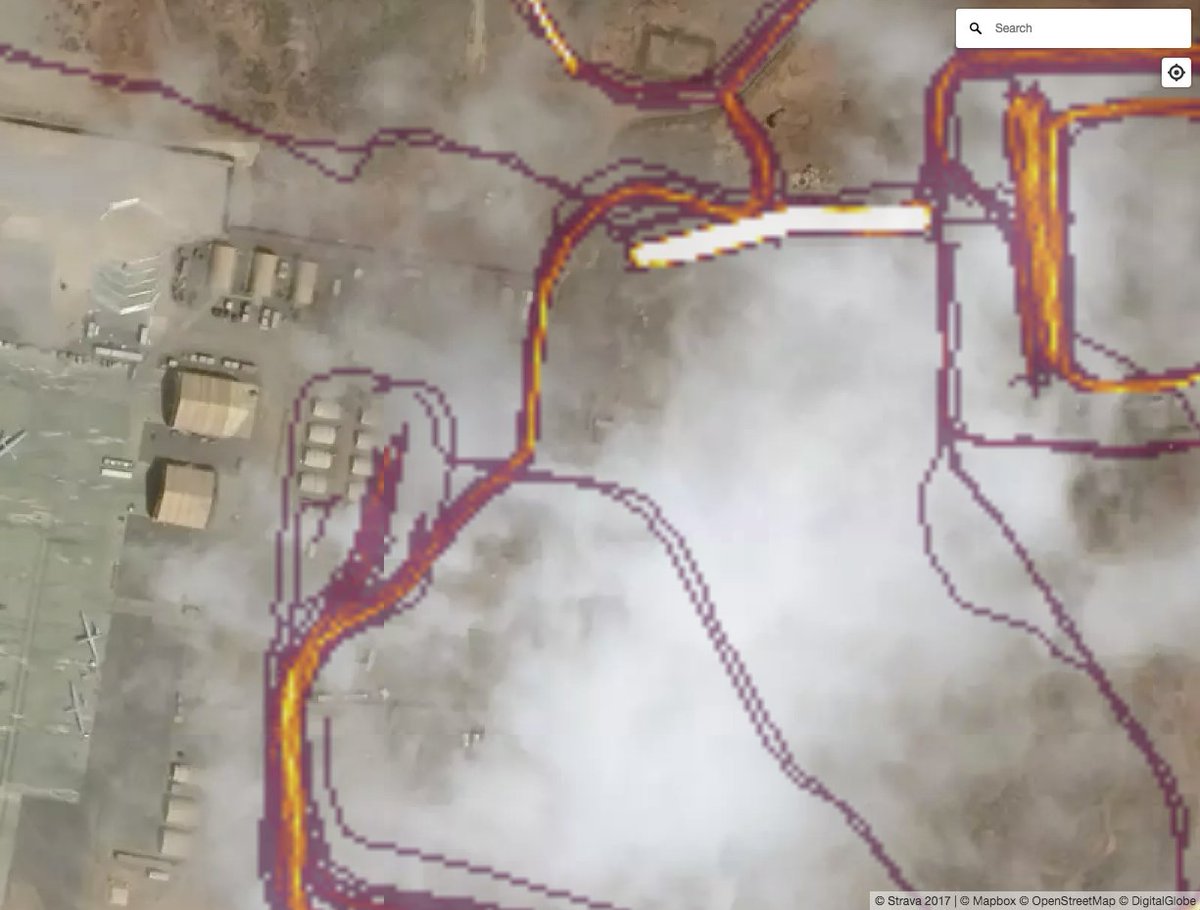