Discover and read the best of Twitter Threads about #msc2018

Tobias Bunde
@TobiasBunde
On my way home from #MSC2018 - and even more worried than before. When people who don't spend much time with world politics ask whether it is as bad as the media say I now respond: No, it's actually worse.
First, the world has seen a frightening amount of brinkmanship recently. Whether it's East Asia, the Middle East or even Eastern Europe - there is an increased risk of escalation. Many speeches at #MSC2018 have underscored this - in many cases, they added fuel to the fire.
Second, there was a lack of constructive ideas to solve some of the most pressing conflicts: The participants of the Normandy format didn't even meet to discuss. It's hard to imagine a good solution to the INF issue. And it's even worse when it comes to Syria or North Korea.
Read 9 tweets

DieSchu
@sschu
Theresa May is talking to #Merkel today, tomorrow she'll be at #MSC2018. I had a look at #Brexit coverage in Germany this week in preparation.
/1
Boris Johnson's speech wasn't very well received in Germany. @welt called it: Boris Johnson's dishonest message of love on Valentine's Day /2

"He fabulated too much about organic carrots and waterslide testers to be perceived as a serious politican." Ouch. /3 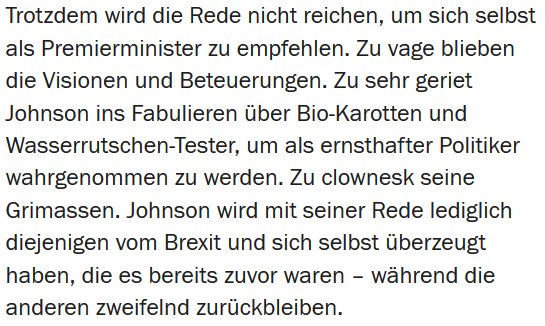 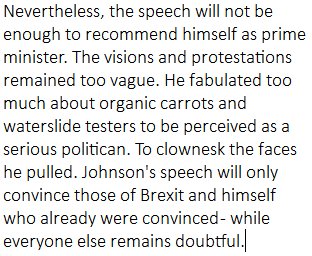 Nina Schick
@NinaDSchick
Catch me on @skynews at 12.30 GMT - where I will be discussing Theresa May’s meeting with Angela Merkel in Berlin. #Brexit
1. In case it wasn’t already clear - Germany’s position on Brexit will not change. The U.K. has a history of over-relying in Germany in EU negotiations. (Cameron made this mistake too.)
2. This displays a misunderstanding of the vital political, strategic and economic importance of the EU to Germany.
Read 14 tweets

Julie Laumann #FBPE 🌎
@Otpor17
Already indicted on multiple charges and facing the likelihood of superseding indictments, Rick Gates appears to be cooperating with special counsel Mueller in the #TrumpRussia investigation amp.cnn.com/cnn/2018/01/23…
Rick Gates worked for Tom Barrack, of the US-Russia nuclear scheme (upthread) literally until the day he was indicted
bloomberg.com/news/articles/…
1 year ago today, Mike Flynn met privately in his West Wing office with FBI investigators interested in his communications with Kislyak, without a lawyer or the knowledge of Trump or WH officials.

Trump did not learn about the interview until 2 days later
nbcnews.com/politics/donal…
Read 61 tweets