Discover and read the best of Twitter Threads about #trumpisawhitesupremacist

On Hitler’s orders, Deputy Führer Rudolf Hess charged German-American immigrant Heinz Spanknobel to form the pro-Nazi movement in the US

The Friends of New Germany was est. Jul ‘33 in the US…

The Friends of New Germany advocated Hitler’s Nationalism, restoration of Aryan race & the fascist Nazi cause.

3/14
In an anti-fascist 1930’s functioning US democracy, Spanknobel was quickly deported 3 months later in Oct 1933 for failing to register as a foreign agent.

But the seeds of Naziism & fascism were already planted…

Donald Trump is a ”champion” at two things: kakistocracy and inciting violence. Let’s look at a few cases, shall we?

abcnews.go.com/Politics/blame…
@real_defender @realDonaldTrump Aug. 19, 2015: In Boston, after he and his brother beat a sleeping homeless man of Mexican descent with a metal pole, Steven Leader, 30, told police "Donald Trump was right, all these illegals need to be deported."

@real_defender @realDonaldTrump Dec. 5, 2015: Penn State University student Nicholas Tavella, 19, was charged with "ethnic intimidation" and other crimes for threatening to "put a bullet" in a young Indian man on campus. “What are you, from the Middle East?” Tavella asked the student.

John Tanton was a white nationalist, and grandfather of the modern anti-immigrant movement. He founded several organizations who have filled key strategic positions within the current administration.

Learn to recognize his thought: @USCISCuccinelli speaks it quite fluently.
Tanton's legacy is camouflaging white nationalism. He thought being called "racist" was an ad hominem attack. Read what he wrote in 1994:

Lesley Abravanel
@lesleyabravanel
Thanks to the Times of Israel, the Intercept, and Huffington Post, I present a timeline of @RealDonaldTrump's blatant anti-Semitism. The NERVE of him to say this patently false, Hitleresque nonsense. Here we go. Buckle in.

Slurs Jon Stewart's Jewish name
On April 24, 2013, Trump goes out of his way to highlight the “Daily Show” host’s Jewish background, tweeting: “I promise you that I’m much smarter than Jonathan Leibowitz — I mean Jon Stewart @TheDailyShow. Who, by the way, is totally overrated"
In speech to the Republican Jewish Coalition, stereotypes Jews. “You’re not going to support me because I don’t want your money,” he told the Jewish audience. He also says, “Is there anyone in this room who doesn’t negotiate deals? Probably more than any room I’ve ever spoken.”
Read 18 tweets

Leia
@TheSWPrincess
The current dialogue about #DACA affects everyone in the US. How?

Deporting #DREAMers & undocumented #immigrants will have very negative impacts to the #economy. That affects everyone else. THREAD 1 #DreamActNow #immigration

The sociological concept of the “other” is important to this discussion. If you haven’t heard of it before, here is a brief overview from othersociologist.com/otherness-reso…. 2 #identity #race #sociology #Science

People in power define social identities as they have the means to control the narrative – news coverage, platforms to broadcast their platforms, & the power to influence law enforcement and legislation. Social identity affects how people perceive themselves and others. 3

Black Aziz Ansari 👏
@Freeyourmindkid
Just in case y'all forgot, @realDonaldTrump has been open about his white supremacist beliefs for years. Retweet this y'all. #11cc 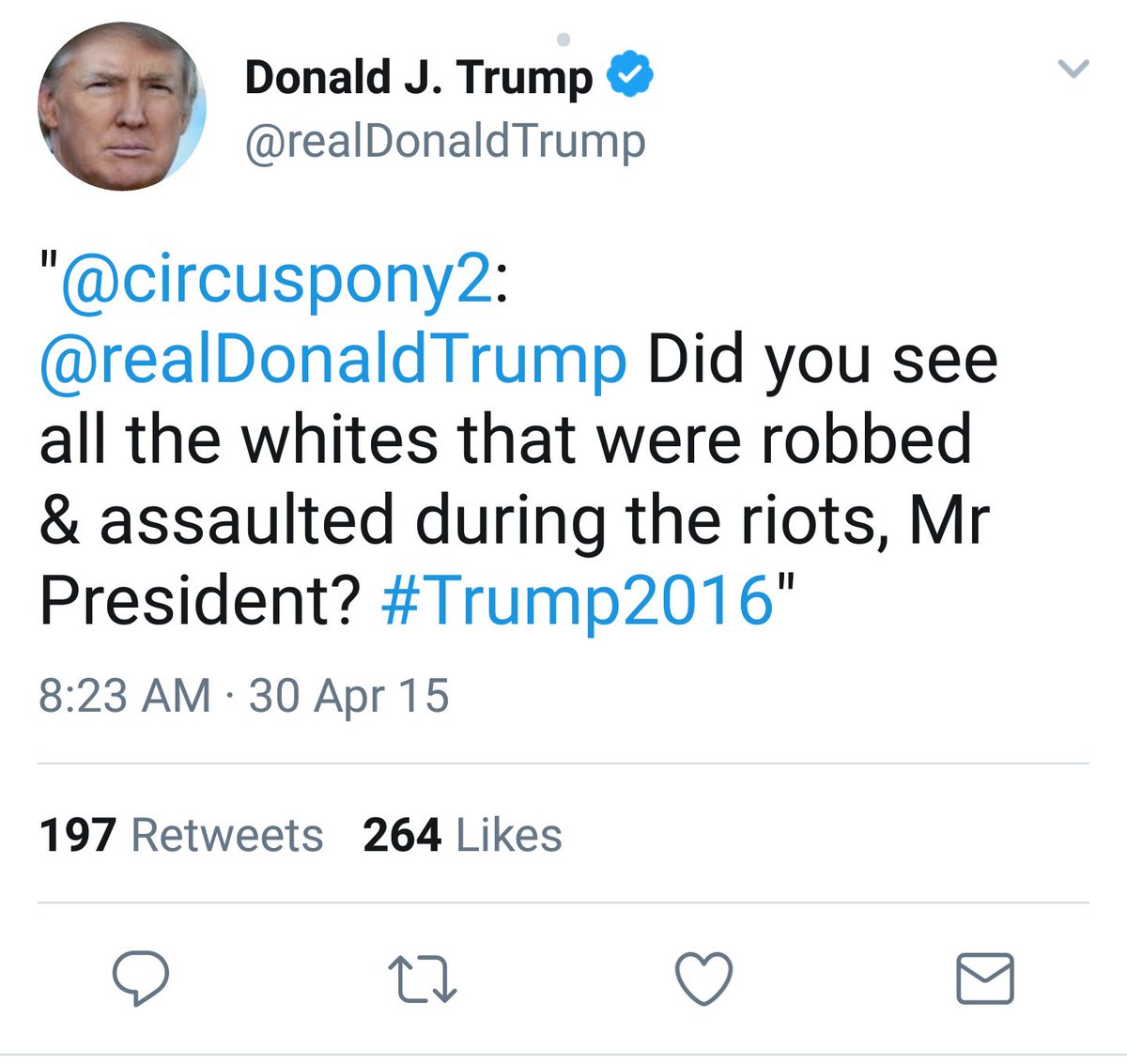 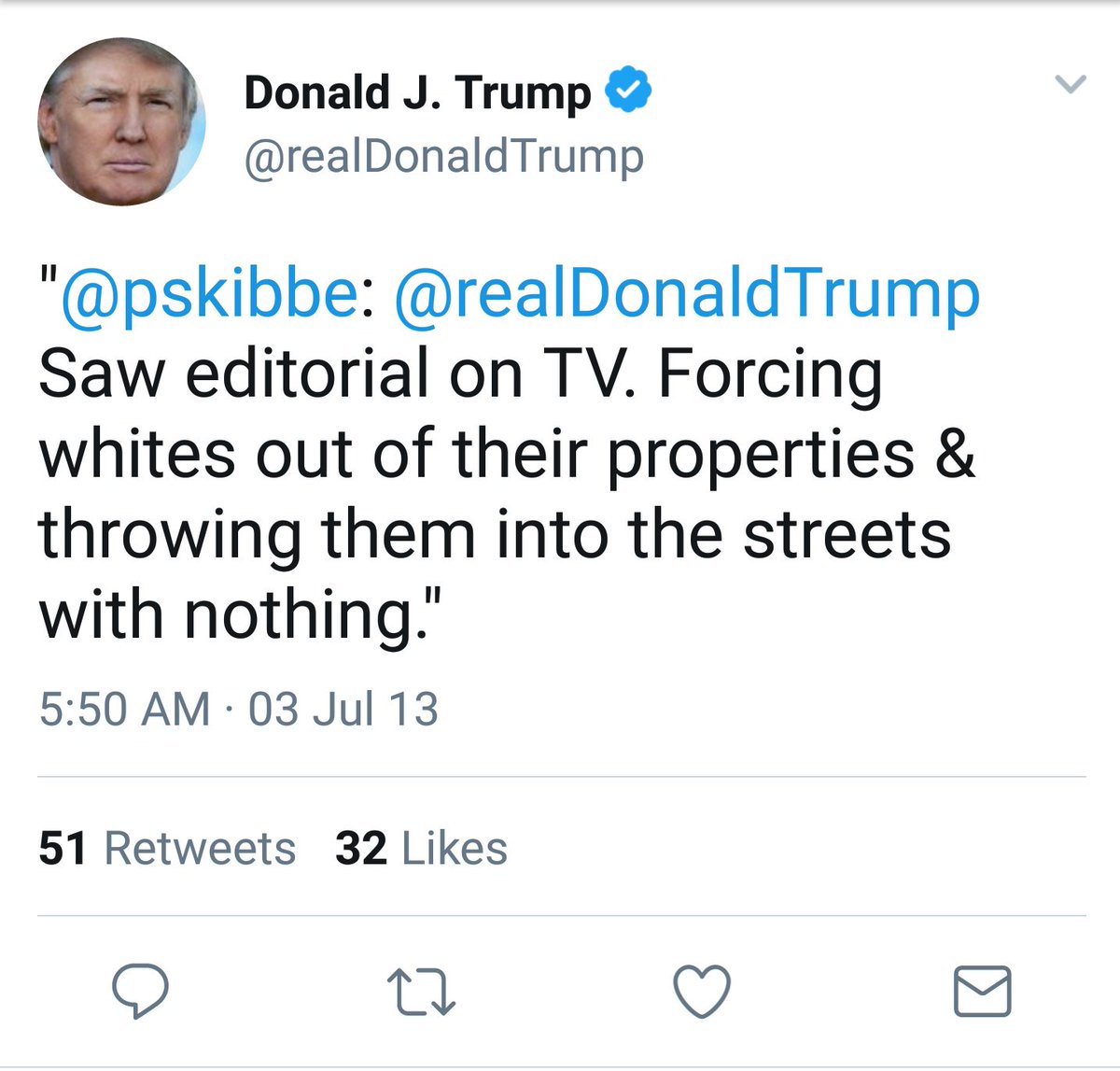 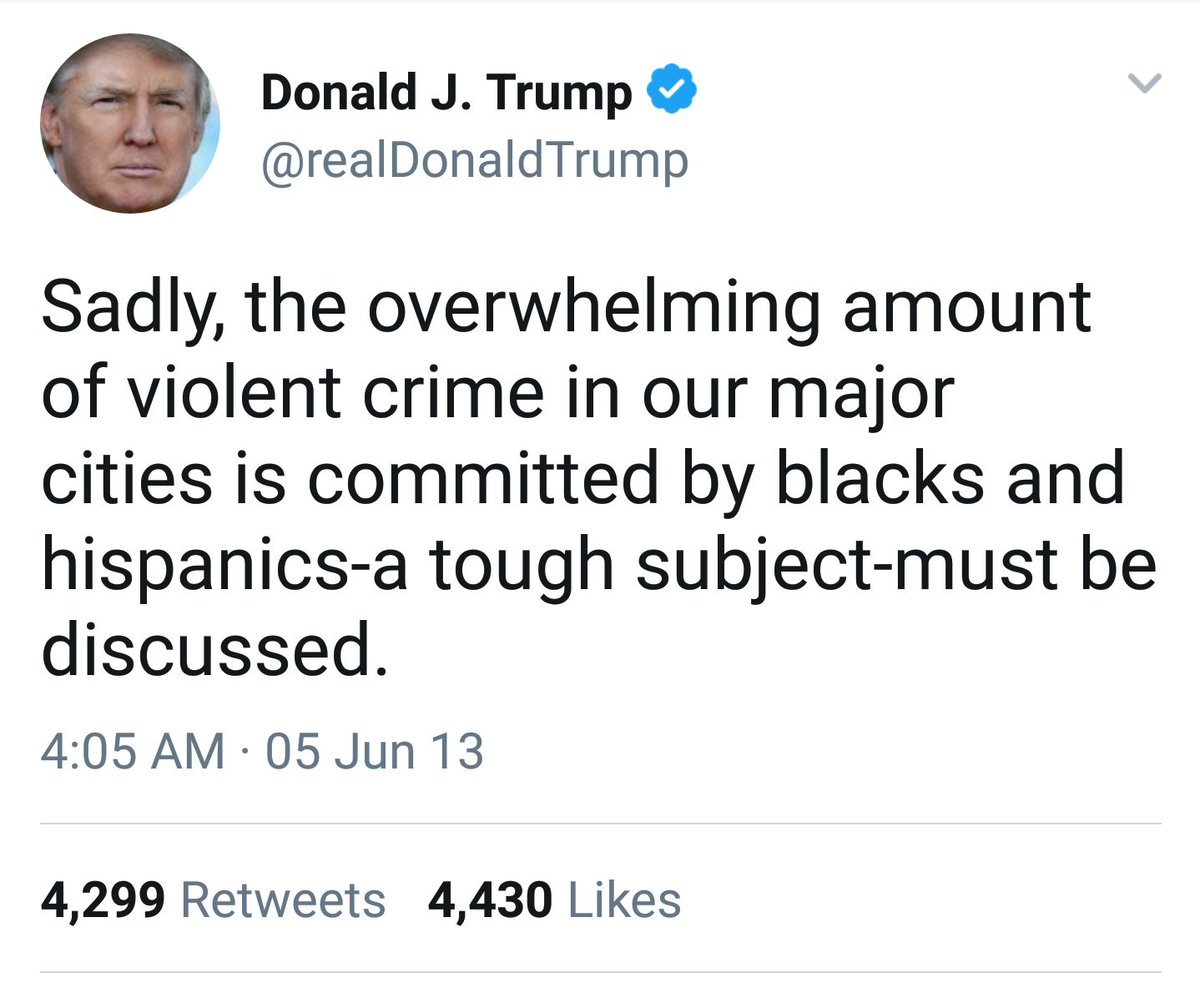 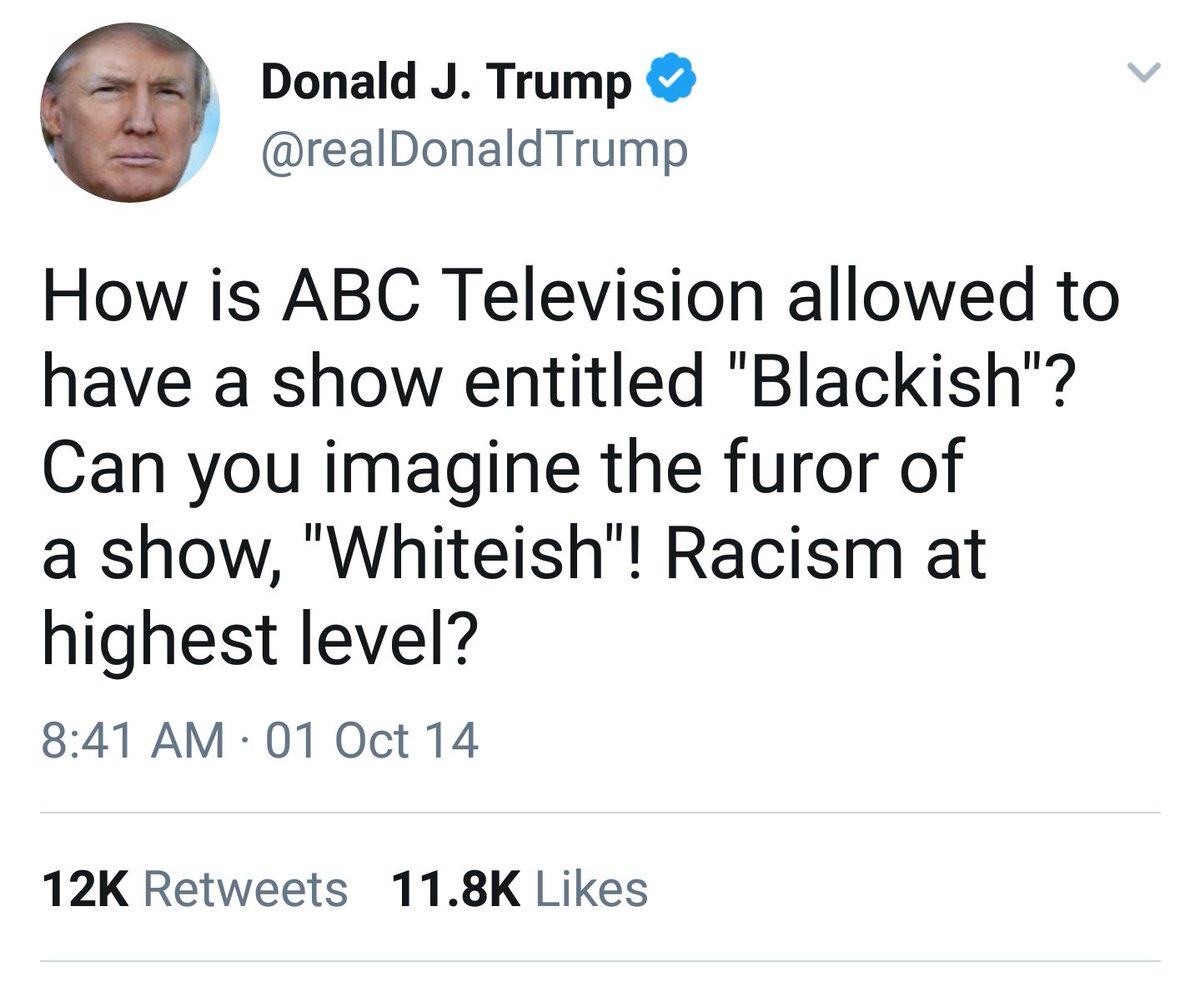 Also, never forget that Trump once asked a fellow golfer if he ever, "Fucked a nigger." 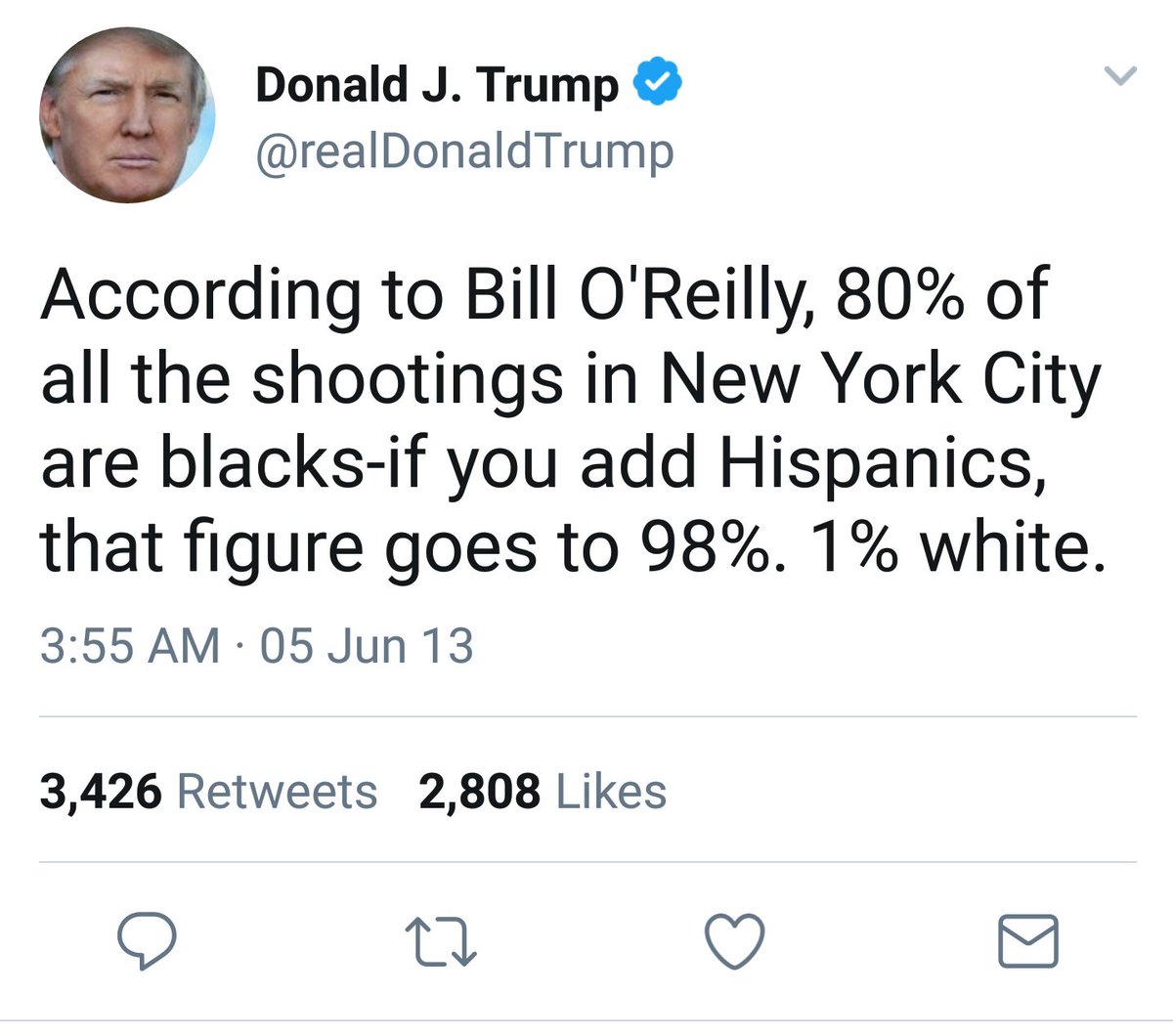