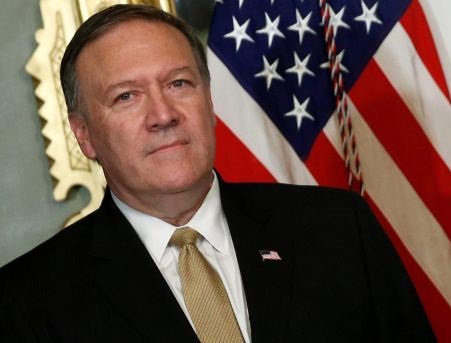 2) Today CIA Director Mike Pompeo was a guest at the Reagan National Defense Forum. Here is their mission statement.

3) Not knowing anything about them I thought I would look them up to get a feel for the context. Reagan National Defense Forum sounds good right?
4) The RDDF Steering Committee consists of career politicians. It is a who's who of mostly retired veteran swamp creatures with one nasty surprise.... 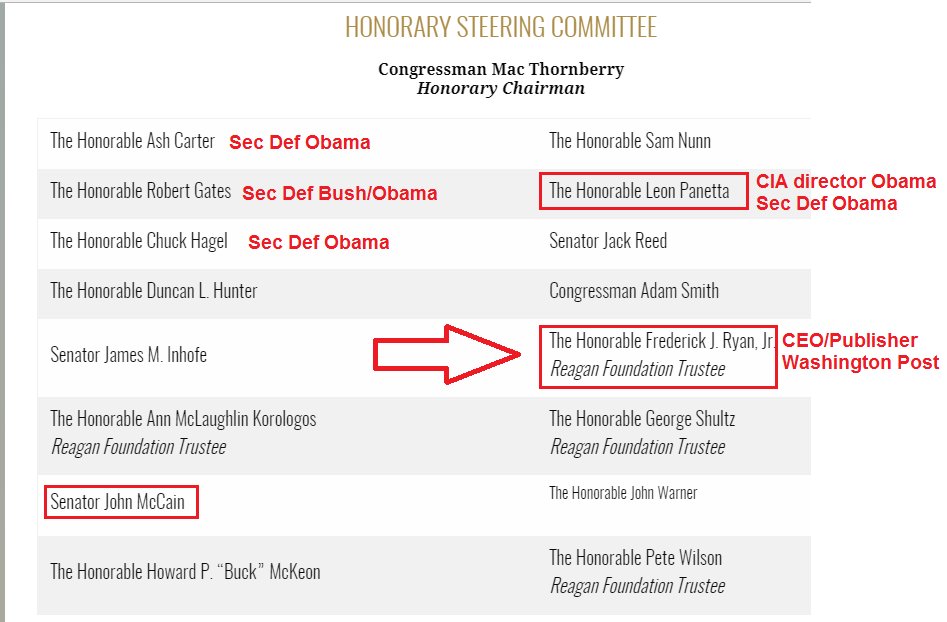 5) Mike Pompeo was going into swamp territory and now everything makes sense to me as you will soon see.
6) The slogan for the RDDF is "Investing in Peace Through Strength" I like Peace through Strength but the "investing" part sets off alarm bells. I am not going to investigate who funds them but I imagine it's not pretty.
7) The RDDF is an organization that is run by active and retired swamp creatures whose main purpose is influencing and shaping policy.
8) Mike sat down with Panetta and his lackey Brett Baer for an hour and they discussed world events from a security perspective. It was light hearted and fun and that is all part of the set up.
9) Mike Pompeo is relaxed, joking and having fun. Panetta even tries to connect with him as "two Italians". Brett's ambush questions are strategically placed for maximum effect.
10) The Triggering!
Baer asks Mike Pompeo about Saudi Arabia: Panetta and decades of swamp failure are brought face to face with the dramatic sudden success of Trump Administration Foreign Policy.
11) Everything was jovial up to this point (at about 30 minutes in) Panetta's reactions became "really serious and concerned and his responses became lectures. An old swamp thing cut off from power flailing for relevance.
12) The Soft Ball
Baer asks Mike Pompeo how he shares intelligence with Trump.
13) Get the target relaxed and laughing if possible then ask him an easy question followed immediately by the ol" gotcha question! This one is quite sick.
14) The Ambush!
Mike Pompeo asked about #FakeNews stores regarding the mental state of President Trump: "It's Absurd" (watch and listen closely)
15) Remember everyone is laughing and having a good time up to this point and on cue as the question is asked Panetta laughs. It was the prefect set up!
16) You can see the moment when Mike sense the trap he licks his lips and smiles ever so slightly. He is ready! 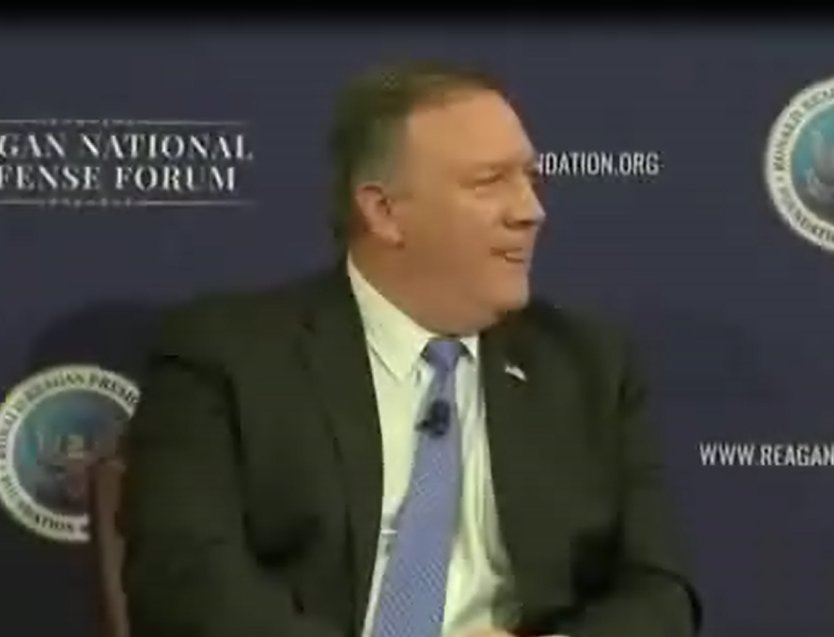 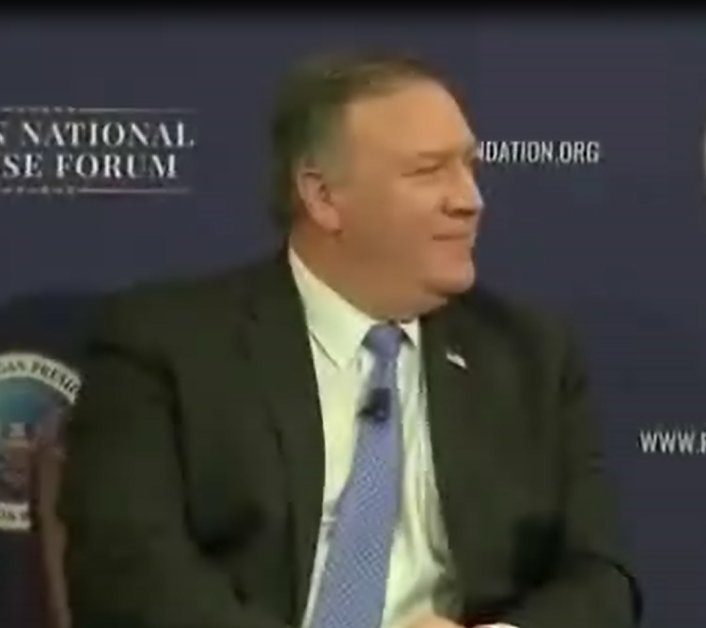 17) Mike breaks character, reveals his power level, and suddenly kills the room! Penetta nervously begins laughing some more to try to lighten the mood. I would have loved to see Baer's face as he absorbed this stare. I guarantee he looked down and away. 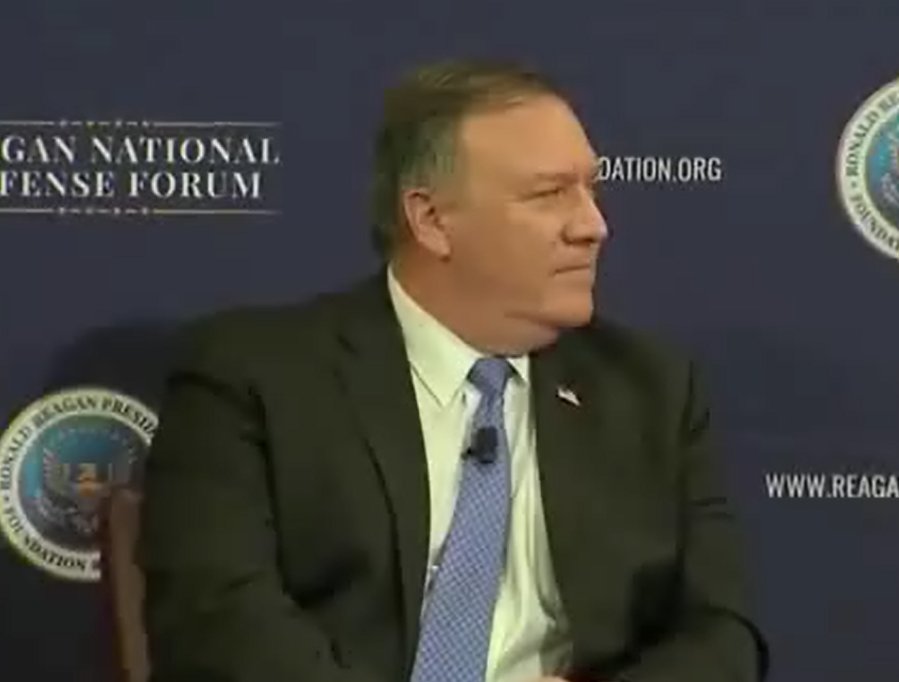 18) The next order of business to to try to get Pompeo to listen to the wisdom of a "very concerned" Panetta regarding the danger of #TrumpTweets
19) #TrumpTweets are Dangerous!
Mike Pompeo doesn't think so. He uses them strategically.
20) Baer just can't leave well enough alone and asks Mike to comment on Panetta's nervous concern shtick. He expected Mike to acquiesce to all those decades of swamp experience. Everyone in the room did. Instead, Mike goes for the kill!
21) Swamp Concern!
Panetta takes concern trolling to a whole new level over #TrumpTweets
22) Note Mike's body language and comments he really is trying to politely end the conversation but they keep pushing...
23) THE KILL
CIA Director Mike Pompeo reminds old swamp creature (Leon Panetta) that he is a failure and irrelevant.
24) After you are done laughing consider how deadly serious this was. It was a carefully orchestrated trap completely scripted and gamed out in advance and Mike came up aces! 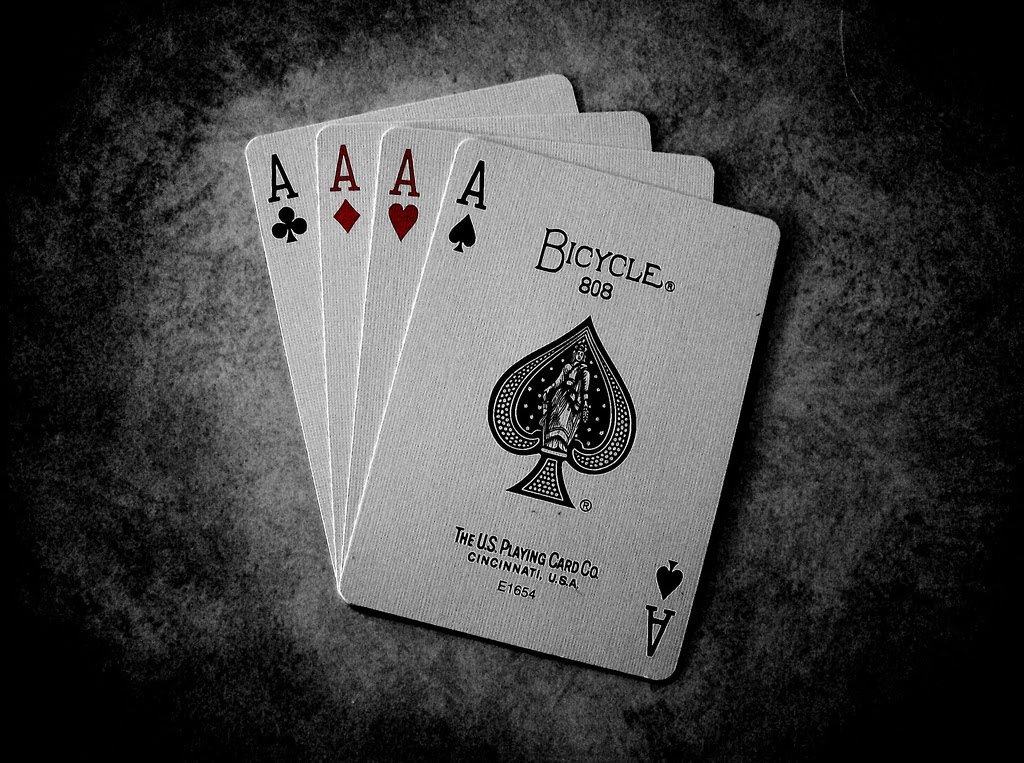 25) Pompeo's ruthless defense of Donald Trump speaks volumes about his loyalty and dedication to the cause. His defense of #TrumpTweets confirms that they are highly strategic and coordinated with the CIA. This frightens everyone... but us.

Practice here first or read more on our help page!

@DaveNYviii
Oct 25, 2019
FBI Vault Releases "The Finders" Pedophile Sex Cult Investigation Documents
Why was the investigation deemed a CIA "internal matter"?
Why was FBI Counter Intel involved?
Release does not answer these questions. It does however raise them again.

DC MP Finders Investigation - "Stepping on the CIA's Toes"
Before losing control of the investigation, DCMP documented exchange with the CIA where he learned they were running a solo Finders investigation of their own since the beginning and DCMP was stepping on CIA toes. (p68)

@DaveNYviii
Oct 23, 2019
1/2 Republican ID Thread
I would like to put out some video but not sure who these Republicans are. If you can ID one or more please do in the replies.

Buddy Carter was lit. Like that guy.
Read 4 tweets

Regardless, a large chunk of the caravan gone. Media reports many detained. Authorities are mum. Word is many will be deported.

proyectopuente.com.mx/2019/10/14/lle…
Caravan numbers are always sketchy. In this case espcially so. We know there was a core of about 1,000 Africans yet reports were the caravan was from 2-3,000. A large number of Central Americans came out of the woodwork and joined the caravan when it formed #Tapachula
I imagine the smart ones hung back and when the National Guard made contact, they retreated, and went back into hiding in the #Tapachula area.
Read 4 tweets

Mexican officials decided to let the caravan leave Tapachula in order to relieve pressure on the immediate area.
Pro migrant Mexican press has reported that the caravan is heading to Mexico City enroute to Tijuana and the U.S. Border. However, there are unconfirmed reports that the National Guard plans to detain and encircle the caravan now that it is out of #Tapachula. Will keep tabs.
Read 27 tweets

BEEF FACT SHEET ON PROVISIONS OF THE U.S.-JAPAN TRADE AGREEMENT

Become a Premium Member ($3/month or $30/year) and get exclusive features!

Don't want to be a Premium member but still want to support us?

Email the whole thread instead of just a link!