Shrikanth Krishnamachary @shrikanth_krish
, 18 tweets, 3 min read Read on Twitter
Tweet Share Email Embed
There is a tendency in our times to regard with distaste the discussion of religious issues in Elections (Ram Mandir or Triple Talaq for instance)

But this view is problematic
Until the rise of the Welfare state in early 20th century, Elections the world over were fought over religious and constitutional issues!

"In modern times,the great issues have been economic and social. But in those days (19th cen), they were religious and constitutional"
As per him -

"The first parliament in which economic issues were dominant was that of 1900"
"Despite Peel's budgets and the struggle over corn laws, even the parliament of 1841 was more concerned with religion than economics"
One classic example of a religious issue in 1840s that brought down govt was the issue of Appropriation of the revenues of the "Church of Ireland" - the representative of the Anglican church in Catholic Ireland (which was then part of the Union).
The Whigs (predecessors of the Liberal Party) were in favor of appropriating the surplus revenue of the Church for lay purposes

The Conservatives were strongly opposed

In Blake's words, this was a religious issue linked to a constitutional question of how to deal with Ireland
The Whigs felt that the best way to preserve the Union was to make concessions to the Catholic majority

While the Conservatives felt that weakening the Protestant establishment (as represented by the Church of Ireland) would weaken the Union
This reminds us of so many debates in our times....

How do we preserve the Indian Union? By pandering to regional aspirations and egos? Or by enforcing a stronger more robust "national" culture?

As we can see, the politics of 1840s were also about similar debates
The issue of appropriation, as per Blake, brought down the Whig govt of Lord Russell in 1934 and again Peel's govt in 1835...

10 years later there was yet another religious issue that was key in the 1846 election - the Maynooth Grant
This was a decision by the Conservative Peel govt who angered his Anglican core support base, by increasing an annual grant instituted in the 1790s by the British govt to a Catholic seminary in Maynooth in Ireland
Along with the corn law repeal, this issue was key in bringing Peel's career in the Conservative Party to a close!
In 1829 the big political issue in UK was around the Catholic emancipation bill promulgated again uncharacteristically by a Conservative Govt

Until then Roman Catholic Church members could not sit in the UK parliament
Even Jewish members who did win elections were expected to take the "Christian Oath of Allegiance" to sit in the Parliament..

This meant that the first Jewish MP to be elected - Lionel de Rotschild in 1847, could not take office till 1858 - when the Jewish relief Act was passed
The purpose of recounting these long forgotten events from British history is to show that "Economy" or Vikaas was hardly the predominant issues on anyone's mind in 19th century UK - when it was having its great Industrial revolution
Economy was in the private sphere.....People felt that the country would "grow" if its citizenry were virtuous and industrious enough...

How to preserve the Union with Ireland?
Economic management among other things became important only after Chamberlain brought up the issue of tarrifs to boost economy in early 1900s.

And they became even more important after the great Liberal victory of 1906 following which many welfare schemes were instituted
So when Indians discuss Ram Mandir or Triple Talaq or Cow slaughter in election time, there is no need to feel apologetic or ashamed about it...

This is what politics is about...About debating what constitutes a "Good life".

More from @shrikanth_krish see all

Shrikanth Krishnamachary @shrikanth_krish
Sanskrit, like Latin / Greek, is one of the few truly cosmopolitan languages. You could be Abhinavagupta from Kashmir, or yAmunAcArya from Srirangam - the language is the same

Perhaps the only Indian language that transcends geography and ethnicity

Secondly - Sanskrit makes nearly all of Indian intellectual history accessible to you, which would otherwise be shrouded

There is no way to understand the evolution of Indian thought without knowing Sanskrit
3. Sanskrit unites Indians, by softening the vernacular divisions

A Tamil may roll his eyes at hearing the Hindi word Baras, but he will stop viewing it as "alien" once he realizes that Baras is merely the Prakrit form of "Varsham" - a Sanskrit word that he uses everyday
Read 21 tweets

Did the makers of modern India provide "proper philosophical explanations" to justify their choice of "universal adult franchise", or "westminster-like parliamentary system" when they wrote the Constitution?

Eg - Why did we not opt for a phased transition to universal franchise?

Why did we not consider an upper house similar to the American Senate with direct elections?

Why did we end up with a sinecure "President" as head of state?
I don't have good answers to these questions, and don't have strong opinions either way

Maybe the right choices were indeed made

But the point is - the debates really did not happen on these crucial issues, nor was the process of ratification as democratic as it could have been
Read 3 tweets

Shrikanth Krishnamachary @shrikanth_krish
Videos like these are incredibly precious pieces of cricket history, and also very useful as pedagogical tools

These are not highlights, but ball-by-ball recordings from the distant past

Highlights tend to focus on the boundaries and sixes, and the odd sensational delivery and ofcourse the dismissals

In the process they don't reveal the messiness of the past, but merely romanticize it
For eg - We have this almost mythical notion of Sachin Tendulkar smashing Shane Warne all over the park and dominating him in India

While that is in part true, watching ball-by-ball recordings reveals a more nuanced picture
Read 5 tweets

M Reyaz @journalistreyaz
On Thursday, #LokSabha passed the contentious #TripleTalaqBill criminalizing instant #talaq (divorce) by #Muslim men, with a jail term of up to three years for the husband. In this THREAD I try to break down different scenarios for you to understand its consequences:
Consider the following different scenarios when a Husband pronounces Triple Talaq instantly:

1) An intoxicated or/and angry husband pronounces 3 talaqs at one go. He later realises his follies and seeks fatwa from ulama as the couple want to stay together
(laughable as it may appear, this is often the case).

Hanafi Fiqh says instant triple talaq will dissolve the marriage, others, most notably Salafis disagree. Now SC too affirmed that instant TT will not annul the marriage.
Read 34 tweets

GOP senators: The Trump adm is covering up Khashoggi’s killing

📌Manafort case movement in D.C. , the special counsel's team says that they don't wish to have that discussion unsealed quite yet

The gilets jaunes (yellow vest) movement, loosely organised on social media, had been hijacked by experienced, violent hard L & far R provocateurs for their own purposes, & fired up by viral fakes inserted into the internet by likely Russian hands. #RAM

📌In WhatsApp texts Khashoggi describes MbS as a "beast," a "pac-man" who would devour all in his path, even his supporters.

📌Trump publicly absolved Russia of any blame for the attack on our elex— while apparently carrying on private financial dealings that involved Putin.

📌The legal implications re offering Putin a $50M penthouse in Trump Tower Moscow, oh my!
😎WhatsApp3😎

📌”Short of being a canvas bag of money, the offer of a $50M penthouse apartment in Trump Tower Moscow as a gift for Putin, sounds like a high value gift to a government official for the purpose of gaining an improper business advantage,"

📌Pence in the Barrel, Bibi too, ergo we are very close to Endgame

📌Pompeo protects MbS, kinda throws our intel under the bus.

This despite the NSA’s warning the Trump Adm against using their personal emails.

Ex-prosecutor hints Cohen may have secretly recorded Don Jr. and Ivanka: 'Lordy, I hope there are tapes

Stay tuned for a deep dive about RU Alfa Bank per CT—it’s supposed to be a ‘game-changer.’

Trump’s résumé is rife with mob connections. MSM is catching up!
🍿StockUp!🍿

Bob Baer says he knows some of Trump’s Soviet secrets.

Lordy there may be a tape!
🍿StockUp3🍿

@RepTomGarrett said that he was told in a classified FBI briefing that Russian actors were directly involved in sowing discord Charlottesville. #RAM #Provokatsiya
Read 64 tweets 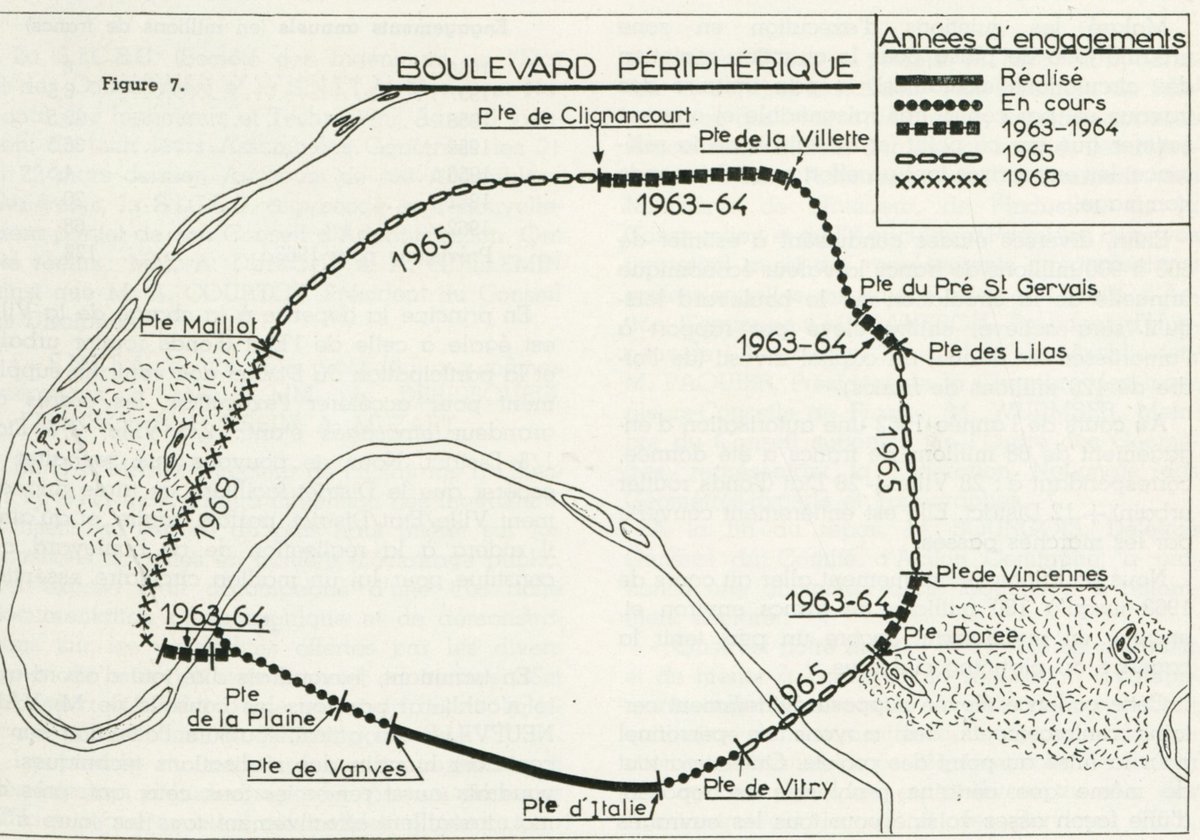 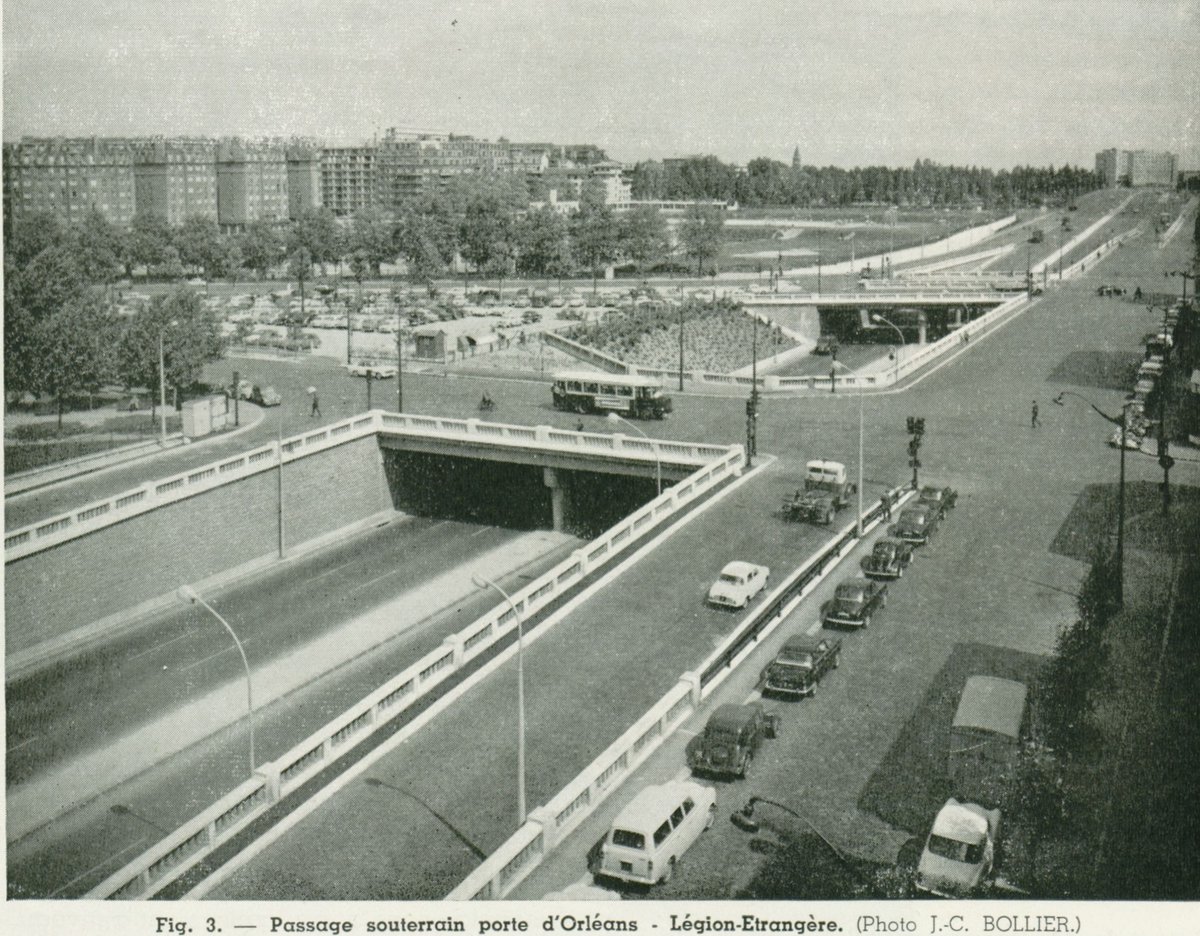 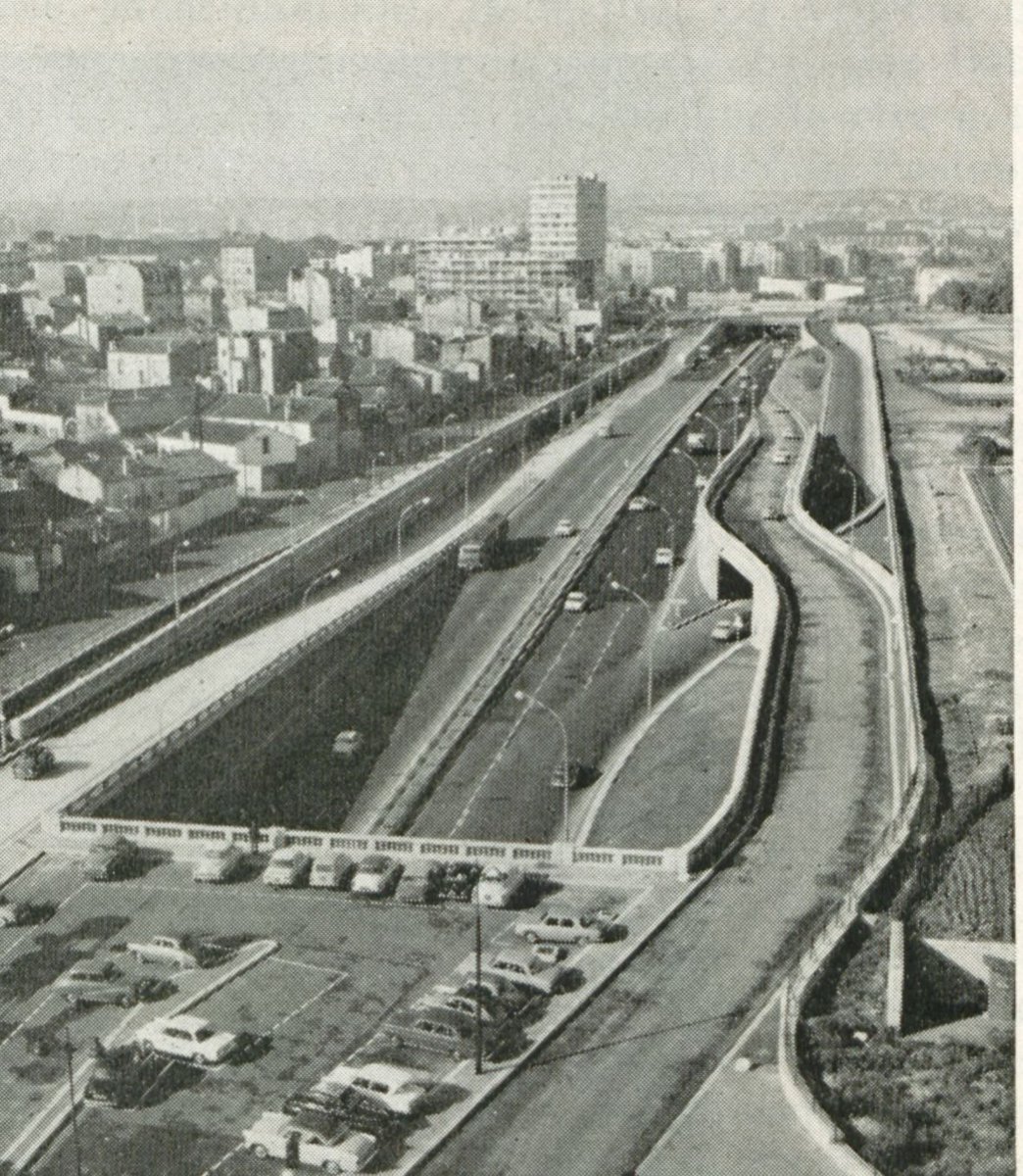 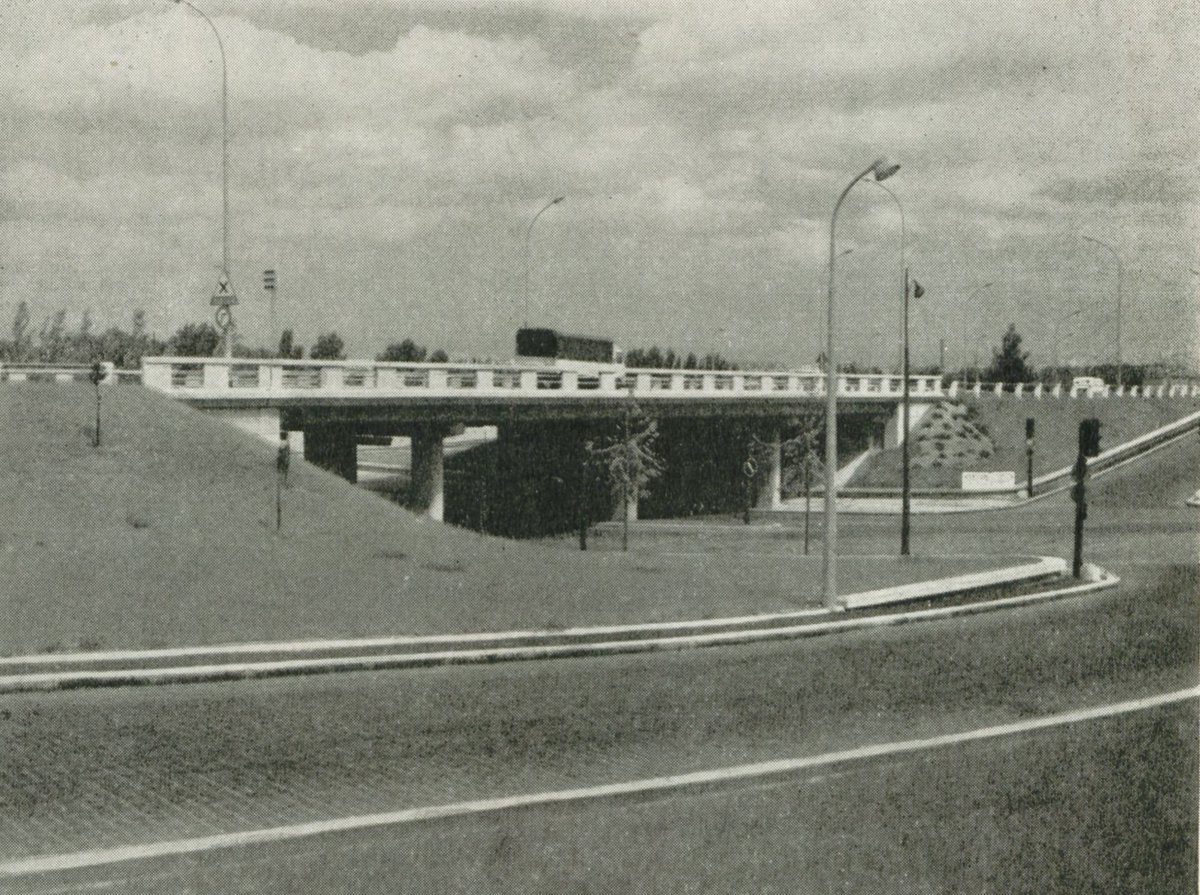 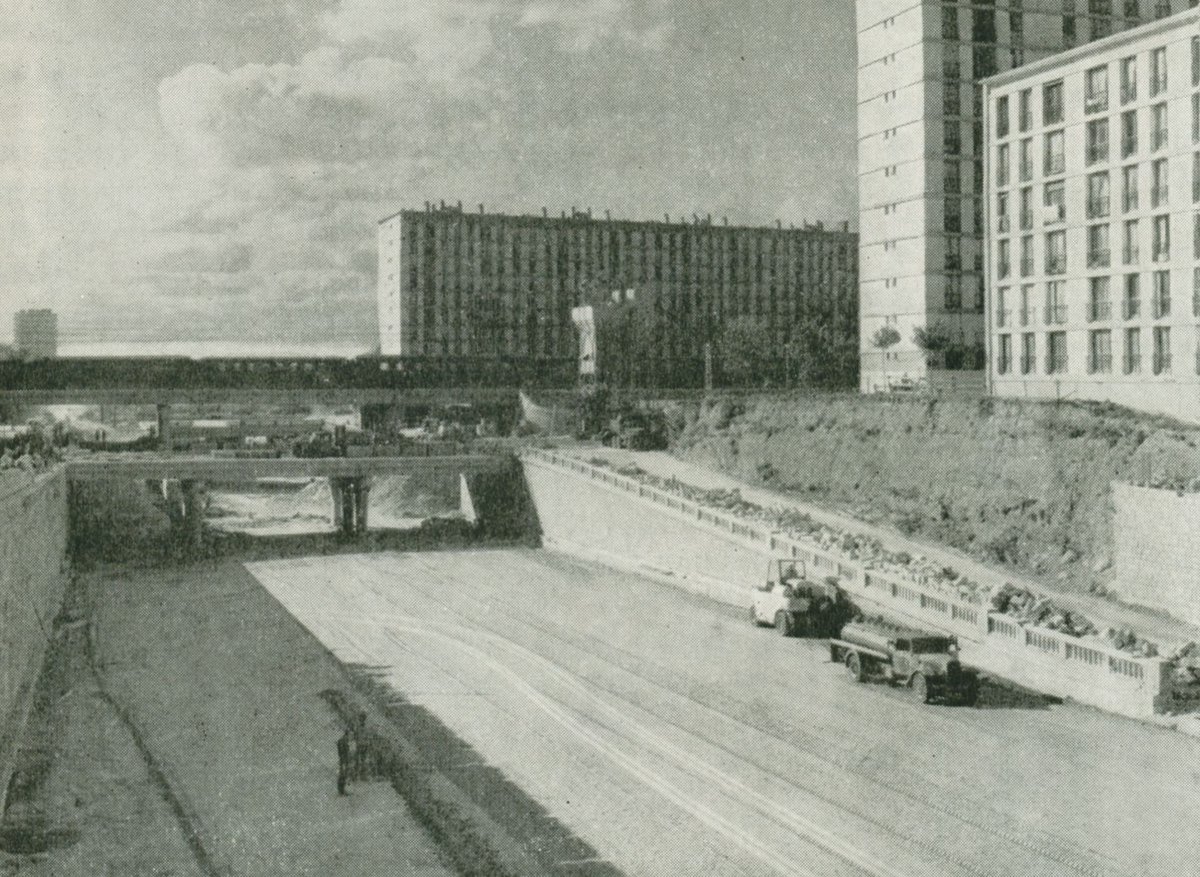