Henry Newman
@HenryNewman
, 6 tweets, 2 min read Read on Twitter
Tweet Share Email Embed
It's unclear when this piece by Sir Bill Cash is from (Telegraph website a *nightmare* to use so can't find it there) but - although I agree with some parts - it's inaccurate in a couple of key places

2/ This bit is specifically wrong

Article 132 no longer says what Cash suggests it says.

4/ Next, I don't accept the section where Cash suggests we could "perhaps indefinitely" be subject to laws imposed on us by the EU

That would indeed by monstrous but it's inaccurate

5/ After the transition, we would no be obliged to implement new EU laws other than in a few discrete areas

Cash then talks about changes to the "Common Rule Book" but that's just a line Downing Street made up. Anyway it was part of Chequers and this withdrawal deal is different
6/6

This piece suggests an important point has yet to be appreciated -

We are not obliged to follow new EU laws if we are in the Backstop (neither in Great Britain nor Northern Ireland).

More from @HenryNewman see all

Henry Newman
@HenryNewman
On Tuesday @theresa_may will lose the vote, badly. Then what?

She'll make a statement that night & has 3 sitting days to introduce new motion. There are then 7 days to amend it

Thread on what comes next 👇

Subtitle - Brexit risks being killed by those who claim to ❤️ it most
2/ I don't think that we are close to a majority in favour of a second referendum. Luckily

Many Labour MPs are in favour but far from all of them
3/ What about a Permanent Customs Union? This gets closer to Labour's policy (although without the control over trade deals 🦄 bit).

Last year an amendment on a customs union was *just* defeated with some err mistakes over pairing helping the Government.
Read 23 tweets

There are reasons to be sceptical about the PM’s Brexit deal, but the ones they raise are both implausible & misplaced

A thread 👇
2/ In the debate on the proposed Brexit deal, the implications for UK security & foreign policy have come a distant second to economic and institutional considerations.
3/ However, this week Richard Dearlove & Charles Guthrie wrote to Conservative Associations warning that the Brexit deal will “threaten the national security of the country in fundamental ways” and bind the UK into “new sets of EU controlled relationships”.
Read 22 tweets

Henry Newman
@HenryNewman
Listening to another excellent Brexitcast. @adamfleming makes the important point that the Political Declaration is signed off at Head of Government/State level. It's locked down and changes are very hard

Sorry Norway-backers/Single Market 2.0ers
.@BBCkatyaadler tells us Brussels contact of hers sees our Parliamentary "mayhem as the deaththrows of magical thinking". I'm tempted to LMFAO as - if anything - magical thinking seems to be getting worse from hard-line Remainers & extreme Brexiteers, as well as Labour frontbench
Shows just how poor the understanding of British politics remains in Brussels
Read 4 tweets

Rob Ford
@robfordmancs
Flashback to two years ago. How IDS and Owen Paterson claimed the Brexit negotiation process would work.

As we approach the A50 cliff edge, worth reminding ourselves of the level of strategic thinking prevalent among senior Con MPs around the time they decided to trigger the two year countdown clock.
One wonderful feature of this 2016 "action plan", is the plan is literally one action (offer talks) described in four points. The other three are just huffy defences of the single action. Its an Underpants Gnome Action Plan:
1. Offer talks
2. ???
3. Brexit!
Read 6 tweets

Faisal Islam
@faisalislam
Going proper Brexit panto now. PM now going through Labour’s Six Tests asking herself if it delivers on them, with Labour benches shouting “No” and the PM saying “Yes”.
IDS: “None of this is workable unless we get Withdrawal Deal amended to strip out backstop”
PM: “not automatically the case, might extend transition, or alternative [technological solution] arrangements...
no idea why the PM is still calling it the implementation phase - she’s literally agreed a declaration that is yet to decide what precise plan we will eventually implement in perhaps 2021 or 2023. It’s actually the formal trade deal negotiation phase.
Read 6 tweets

Vincent Tunru
@VincentTunru
Although I agree that there's a lot of magic in the hooks API, and that magic is Bad, I think there are some characteristics that alleviate these concerns for me.
The first is that we should consider the amount of magic we're living with today. We're not supposed to define callback props inline. When writing event handlers, we're supposed to remember to add a constructor to our component, and to bind our callbacks to `this` in them.
All that is magic: things that aren't obvious from the syntax, but which require understanding how things work behind-the-scenes. For all the magic hooks introduce, they also allow you to do away with some.
Read 12 tweets

#Euromyths #FBPE #ABTV #WATON
@johnnystarling
I've just submitted a complaint to the Independent Press Standards Organisation against a certain few 'newspapers' for 25 years of lies and misinformation regarding the European Union.

IPSO Response "In order to proceed with your complaint, we will need you to provide copies of any articles that you would like to complain about, and an explanation in your own words of how you consider these articles to be inaccurate." #StopFundingHate #ExitFromBrexit
Read 13 tweets

Dan Ogunshakin
@DanOgunshakin
Right twitterverse, work your magic! My fiancée lost her engagement ring which was my mum's ring. Understandably we're both gutted. It could have gone missing at Heathrow, on a BA flight to Singapore or in Singapore itself. Long shot I know but hopefully miracles can happen 🙏🏽 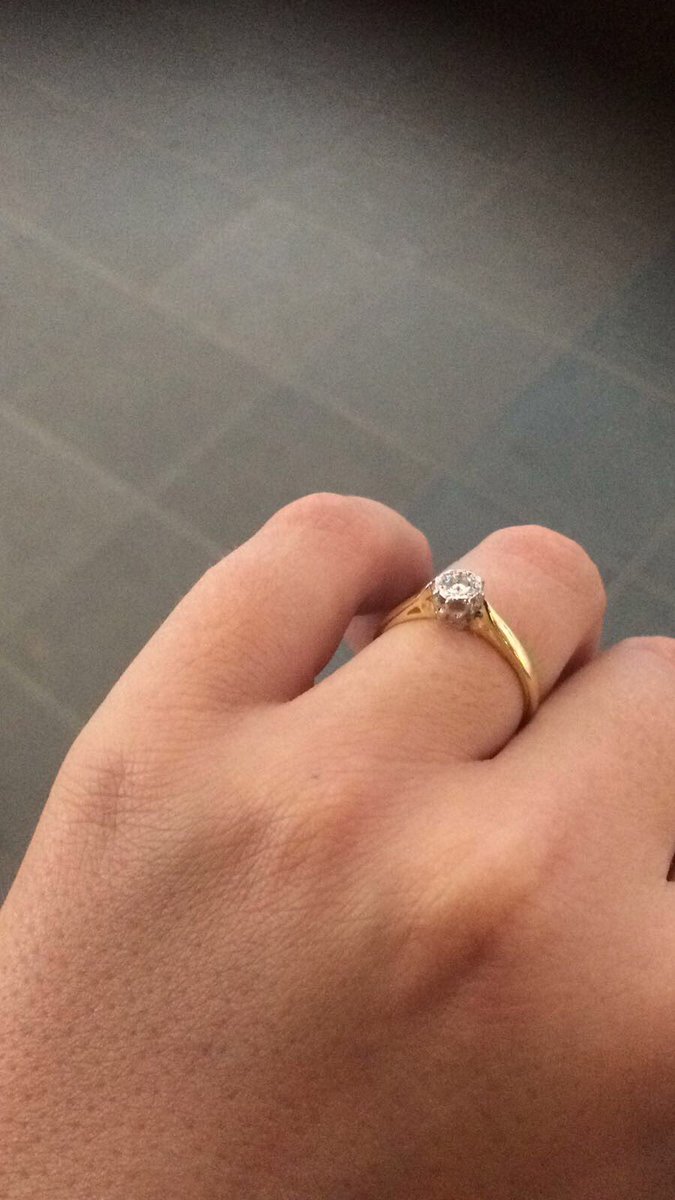 One lead has been exhausted but another potentially promising one has emerged... Fingers crossed and stay tuned folks! #FindÁinesRing
Unfortunately that didn’t pan out either but the search goes on! Thanks for your supportive messages, it really means a lot! I’ve gone for a two-pronged attack with Facebook as well so let’s see if that helps! #FindÁinesRing
Read 8 tweets