More from @People4Dharma see all

People For Dharma
@People4Dharma
1. Mr. Gupta has resumed his submissions in the #PadmanabhaswamyTemple case. Mr. Gupta is taking the Court through the orders passed by the Supreme Court in matter.
2. Mr. @jsaideepak drew attention to the orders passed by the Court on April 27,2018 and November 14,2018 wherein he had appeared on behalf of intervenors to highlight the damage to heritage structures in the #PadmanabhaswamyTemple during the restoration work.
3. Mr. Jaideep Gupta has completed going through the orders of the Court and has now commenced his submissions with respect to Mr. @jsaideepak's submissions.
Read 185 tweets

People For Dharma
@People4Dharma
1. Here are the updates in yesterday's hearing in the #PadmanabhaswamyTemple case
2. Mr. @jsaideepak resumed his arguments by submitting that he would slot the remainder of his submissions into 3 baskets- limits imposed by judgments of SC on State interference with Temple Administration, denominational status of Padmanabhaswamy Temple & law on rights of Deity.
3. Mr. @jsaideepak walked the Court through Paragraphs 8 and 9 of the Impugned Judgement of the Kerala High Court to demonstrate the glaring inconsistencies, factual inaccuracies and legal infirmities in the fundamental assumptions of the High Court.
Read 57 tweets

People For Dharma
@People4Dharma
1. Hearing in the Review Petitions in the #Sabarimala Temple case has commenced
2. Mr. K. Parasaran has commenced submissions on behalf of the Nair Service Society. Mr. Parasaran submits that the majority is liable to be reviewed for failing to consider critical factual and legal submissions.
3. Mr. Parasaran submits that while Justice Chandrachud and Justice Nariman dealt with Article 15, the former Chief Justice and Justice Khanwilkar did not refer to Article 15. Therefore, he submits there is no majority opinion.
Read 27 tweets

Erin Bates
@ermbates
#StateCaptureInquiry Today is a watershed moment for the @StateCaptureCom with #VytjieMentor set to undergo cross examination after she completes her evidence.

#StateCaptureInquiry Mentor is the first witness to undergo cross examination and it’s expected she will be subject to grilling from counsel for Duduzane Zuma. She also implicated Former President Jacob Zuma, when she described a ministerial job offer allegedly from a Gupta.
#StateCaptureInquiry Mentor also implicated members of the Hawks, claiming that her handwritten statement was altered when transcribed to omit former President Jacob Zuma’s name. She claimed a Hawks member advised her to exclude him from the document.
Read 95 tweets

Mona Eltahawy
@monaeltahawy
What happens when women defy patriarchy: Violent protests have paralysed southern Indian state of #Kerala after 2 women made history by entering a prominent Hindu temple.
One person was killed in clashes. Schools are closed & public transport suspended. bbc.com/news/world-asi…
The #Sabarimala temple was historically closed to women of "menstruating age" - defined as between 10 and 50.
The Supreme Court revoked the ban in September. On Wednesday, Bindu Ammini, 40, and Kanaka Durga, 39, entered the shrine around dawn and became the first women to do so.
The day before the two women made history by entering #Sabarimala temple, #Kerala had a historic protest for gender equality and against right-wing groups who oppose the Supreme Court’s lifting of the ban on women

#Rafale: Petitioner ML Sharma making submissions, the document by Centre itself reveals there has been a serious fraud.
Read 79 tweets

Kerala Temple History
@templefable
#Kerala architects stood out in their mastery over wood sculpting. If you ask, why most of the temples in Kerala are not so architecturally minute in their making, the answer is: wood. Cheras largely worked with wood. This is the koothambalam of #haripad Subramanian temple. 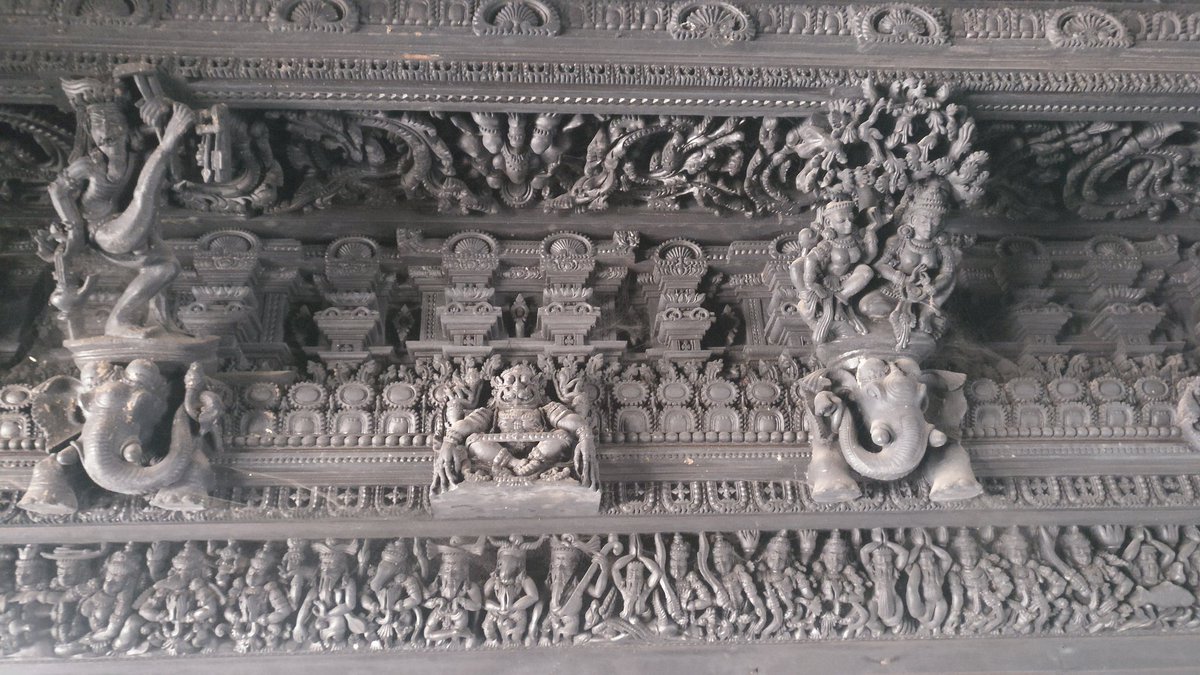 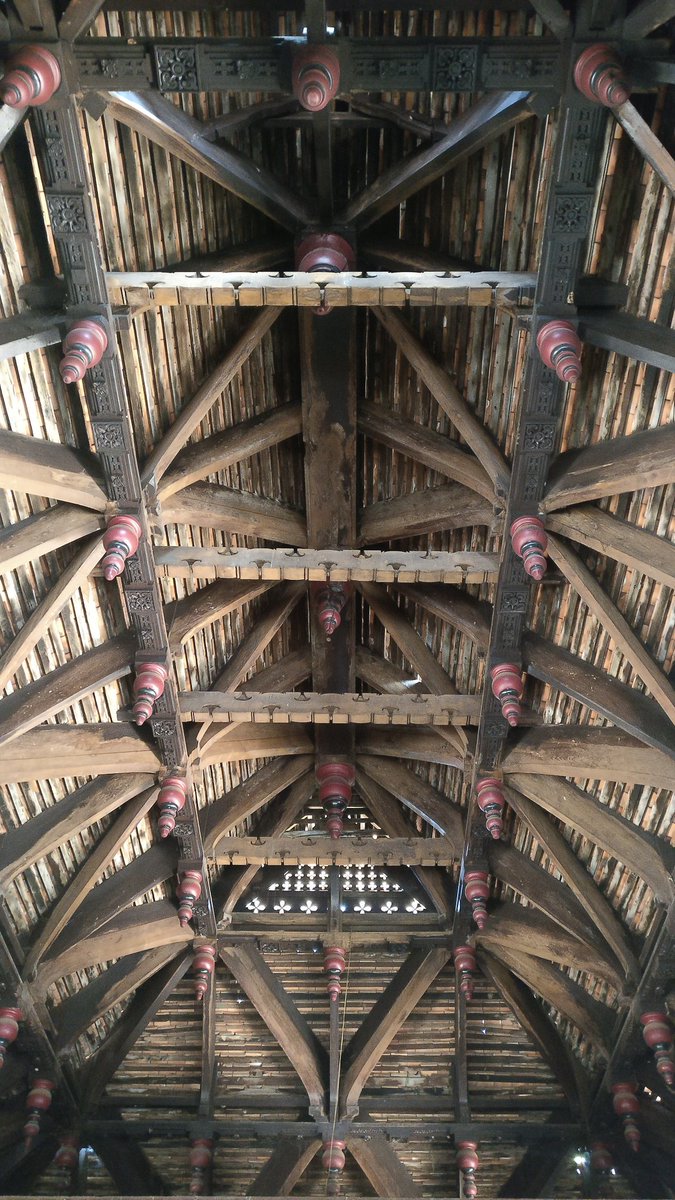