Discover and read the best of Twitter Threads about #statecapture

Cecilia Walters
@Cathie1929
Bloody crying shame this. @athol_williams does the right thing #Whistleblower and loses his home, his job and almost his life.

Not much, but something at least

As 78th Birthday present, AZIMIO Chairman UHURU gave his AZIMIO Project RAILA Odinga one of our three (3) Ports (Kisumu), kept one for himself (Mombasa) and gave the other one to Moi Family (Lamu Port).
All three Kenya's ports are now in private hands of the 3 Dynasties. Kenya is now left a landlocked country, like Ethiopia, Uganda and Rwanda.
We will be depending on Kenyatta, Moi and Odinga Family ports (owned and run by DP World subsidiary as their proxy) to get all essential imports and for exports.
Read 10 tweets

“When you see alliances across international borders between religious right organizations and these authoritarian relationships. … I think the consequences are enormous for all of us. It’s more than just the story of the Fellowship. It’s the story of our democracy.”- Jesse Moss

Here’s an old thread by @kenklippenstein. His reporting covers some of those international alliances mentioned in the quote above.

OUTA
@OUTASA
THREAD:
1. We all saw the #destruction caused by visible #looting in #SAUnrest & communities are reeling from the impact. But about 1000 times of what it will cost to repair last week’s damage, was “invisibly” looted through #StateCapture & #corruption. Here are some highlights
2. According to @ShadowWorldInv1 the #ArmsDeal of the 1990’s cost SA an estimated R2,2 billion looted to pay bribes and kickbacks. To date nothing has been recovered. Money that could have changed the poor’s lives wasted on #GrandScaleLooting.
3. In 2015 @CompComSA found #construction companies #GroupFive, #WBHO, #BasilRead, Murray&Roberts, #Aveng & #StefanuttiStocks guilty of #colluding when building 2010 FIFA World Cup stadiums. This added R14 billion to construction costs. (Your taxmoney!)
Read 22 tweets

VincentPsychZA.
@Vincenz59109253
@JackPosobiec Mostly 3 provinces. Affecting most malls near poor settlements.
Those are NOT live rounds being fired.
But we are on the brink of collapse.
The state has no solution besides the usual BS Statements.
Mostly this is about poverty, joblessness.
We are a morally bankrupt place
@JackPosobiec Triggered by the jailing of a prominent Zulu. That was just the last straw. These looters couldn’t care about Zuma. He’s an excuse.
They are starving. Others are simply opportunists just like the ANC National ‘leadership’. Corruption is coming home to roost.
Pray for us.
@JackPosobiec Pls don’t make comparisons to riots in Portland etc. Africa holds the capacity for Rwanda type genocide at all times. A failed state is hell on Earth. Indians in KZN province face a genocide of this doesn’t stop soon. Foreigners will follow. Other Africans will be murdered.
Read 10 tweets

In this week’s ABCs: The Commission of Inquiry to Allegations of State Capture, Corruption & Fraud in the Public Sector including Organs of State, i.e. the #StateCaptureInquiry
2 years & almost R800 million later, do we really understand what #StateCapture is, what a commission of inquiry is & what powers the #StateCaptureInquiry has? We answer this in the #ABCsofEconomicCrime.
#StateCapture is not unique to South Africa. State capture is a common form of corruption in many transitional and developing nations. #ABCsofEconomicCrime
Read 37 tweets

The Civil Society Working Group on #StateCapture released a list of 101 key witnesses to appear before the #StateCaptureInquiry. Witnesses 41-101 include some of most powerful corporations & individuals. No impunity for corruption!

The Civil Society Working Group on #StateCapture released a list 101 key witnesses to appear before the #StateCaptureInquiry. Witnesses 21-40 include some of most powerful corporations & individuals. There should be no impunity for corruption!

Details of why he was wrongfully suspended from Hawks

2 weeks ago, the Civil Society Working Group on #StateCapture released a list 101 key witnesses to appear before the #StateCaptureInquiry. Here are some of the powerful corporations & individuals on this list.

- Directorship in Denel Asia
- Visits to the Gupta Residence

Thabang Motsohi
@MotsohiThabang
The extent of economic destruction brought upon the country by all these #StateCapture thieves is beyond imagination. It will take super hard work and a dose of luck to recover in a decade. What is even more frustrating is that the threadreaderapp.com/thread/1293850…
funds are safely secured in Dubai etc. And they go about like lords among us with their middle fingers pointing straight up. Their statements poke fun at us. And NPA is Not helping us fast enough. In other countries they would have all been lined up
against the wall. But SA is a country founded on human rights and the rule of law. The criminal justice system is also heavily weighed in favour of transgressors. Even when arrested they will be out on bail. When convicted they will all qualify for remission
Read 5 tweets

OpenSecretsZA
@OpenSecretsZA
3 years ago, Apartheid, Guns & Money- A Tale of Profit by @hennievvuuren, with research by @MikeMarchant13 was launched. The book is an exposé of the machinery created in defence of apartheid, sanctions-busting & the people & corporations who profited from it.
@JacanaMedia

OpenSecretsZA
@OpenSecretsZA
Though it's hardly surprising that the daughter of 1 of Africa’s longest serving presidents enriched herself through rigged procurement processes- Isabel dos Santos' corruption is an important reminder that the global financial economy is a key enabler of corruption. #LuandaLeaks
The #LuandaLeaks by @PPLAAF & @ICIJorg show how dos Santos built a business empire with more than 400 companies & subsidiaries in 41 countries. Many of these countries are in known secrecy jurisdictions/tax havens like Malta, Dubai, Mauritius & Hong Kong.
icij.org/investigations…
@PPLAAF @ICIJorg Over the past decade, these companies got consulting jobs, loans, public works contracts & licenses worth billions of dollars from the Angolan government. The key facilitators of this included Big 4 auditing/consulting firms like @PwC, banks & law firms. #LuandaLeaks
Read 7 tweets

It's #HeroesDay day in our beloved Zimbabwe and we honor your signal which contributed to the fall of racist colonialism.

In the same manner your bones rose against colonialism,our generation is rising up against #StateCapture.
[2/5] Those who captured the revolution for an inclusive & democratic Zimbabwe where citizens issues & concerns are heard & addressed are killing us, the killed in #Gukurahundi, #2000s, #August12018 & #January2019.

They are even planning to abuse our soldiers to kill more!
[3/5] They killed Tongogara, Mujuru, Tsvangirai, thousands of our soldiers in the #DRCWar, Lookout Masuku, Tonderai Ndira & many heroes in selfish persuit of personal capital.

Chiwenga is on his death bed.

They have in less than 2 years charged over 20 citizens with treason.
Read 5 tweets

OUTA
@OUTASA
We currently have 14 cases at SAPS. But evidence for many more. Time for action against Zwane, Seleke, Gigaba, Molefe, the #Guptas, the #Zumas, Anoj Singh, Mark Pamensky, Hlaudi and others against whom we laid criminal cases in the past 3 years. Plenty of evidence ready for #NPA.

1) #OUTA also made several submissions to the #ZondoCommission (with evidence) on #StateCapture involving
Dan Mantsha, Gupta companies, Matshela Koko, MKMVA, TNA, Sinqumo Trust (Zuma's wife's trust), Trillian, Free State Premier's Office,
Transnet Second Defined Benefit Fund.
2) #OUTA also made submissions (or are in the process of submitting) evidence to #ZondoCommission on #StateCapture at #SABC, #ESKOM, #Denel, #SAA and #Transnet. We are in regular contact with investigating officers on all of this.
Read 4 tweets

Tom Kearney
@comadad
IMO that TfL site is a #DeadLetterOffice saferoxfordstreet.blogspot.com/2017/06/london… report to @metpoliceuk ASAP beta.met.police.uk/report/report-…
and report it to John Trayner MD @TheGoAheadGroup London cc'ing TfL's Bus Bosses, @willnorman @CarolineRussell (of @LondonAssembly) @StopKillingCycl & me. The only way to ensure TfL & CityHall don't just #CoverUp for TfL Contractors' #SafetyFail is to shine a light on it.

In my experience, it's clear that TfL => Trade Association set up to protect its Bus & Tram Contractors instead of regulating their Safety Performance. Read @CarolinePidgeon's & @KeithPrinceAM's MQTs sometime & you'll see how far City Hall & TfL go to protect them from #Scrutiny 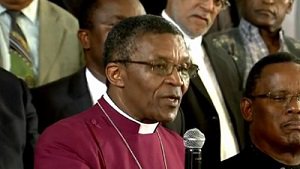