Peter Bonilla @pebonilla
, 14 tweets, 7 min read Read on Twitter
Tweet Share Email Embed
The issues brought to the fore by the California chief prison psychiatrist's incredibly damning report on prisoners' mental health treatment, for which the state has been accountable to a federal court since the 1990s, is really, really something. (1) wgal.com/article/horrif…
First, a lot of good reporting on this issue has been done by @sacbee_news' @StantonSam, so I'd check him out. (2) sacbee.com/news/state/cal…
To oversimplify Golding's report, he makes at least three major accusations against CA corrections department.

First: A lot of deceptive methods that add up to the department grossly overstating its data on things like timely patient care. E.g., (3) rbgg.sharefile.com/share/view/s88…

Third, following from second: Restricting access to information related to medical treatment, keeping specifically from system psychiatrists, and likely keeping it secret from the court as well (5)

People first became aware of the existence of Golding's report, according to reporting, when Golding himself leaked it to the federal court overseeing California's progress on 10/3. Jerry Brown's office immediately tried to block his testimony. (6) sacbee.com/news/state/cal…
California also sought to delay the release of the report (presumably for at least a very long time) so that it could do its own internal investigation. The judge rejected this, and allowed a lightly redacted (for patient privacy) version to be released 10/31. (7)
The judge also orrdered the corrections department not to retaliate against any other potential whistleblowers, which was necessary because it appears they absolutely did just that to one psychiatrist who spoke out against their practices (8) sacbee.com/news/local/cri…

Interlude: why California prisoner's mental health treatment has been under federal oversight since 1995: Their conditions were so awful that courts found they violated prisoners' Eight Amendment rights (9) cdcr.ca.gov/DHCS/SMHP_Cole…

Then, in 2011, Supreme Court upheld a three-judge panel's ruling that to be Eighth Amendment-compliant, California had to reduce its prison population to (only) 137.5% of capacity. That's in addition to the remedial orders from the 1995 settlement. (10) en.wikipedia.org/wiki/Brown_v._…
California defied the order, and essentially tried to declare the problem solved without doing most of the work demanded of the court. They failed. It didn't make Jerry Brown look good. More importantly, it didn't make Kamala Harris look good. (11) theatlantic.com/national/archi…

Worth especially highlighting the words from 2013 that The Atlantic's Andrew Cohen had for Kamala Harris, whose 2020 candidacy is increasingly spoken of as inevitable (12)

Back to present: among the ways the report matters is that a return of the system to state control had been seen as likely, and CA quite nearly had a plan approved to reduce the number of system psychiatrists by 20%. That is now off the table. (13) sacbee.com/news/state/cal…

More from @pebonilla see all

Peter Bonilla @pebonilla
I haven't thought of this in ages, but I remembered, reading the reporting on the #Parkland survivors' meeting with Trump that I have been a fly on the wall in a meeting of this nature, and it is one of the singular experiences of my life. /1
First, some background. From roughly 2005-2011, I wrote and developed a play based on the experiences of attorney Kenneth Feinberg as the special master of the September 11 Victims Compensation Fund. As research, we had several hours of on-record conversation. /2
That fund, briefly, was designed to provide financial compensation to the families of those killed in the 9/11 attacks, as well as those injured, in exchange for forgoing litigation against United and American Airlines. In the end, Feinberg disbursed roughly $7 billion. /3
Read 15 tweets

Judy Melinek M.D. @drjudymelinek
These are the guidelines @NRA was complaining about: Reducing Firearm-Related Injuries and Deaths in the United States: Executive Summary of a Policy Position Paper From the American College of Physicians annals.org/aim/fullarticl… @ACPinternists
1. The American College of Physicians recommends a public health approach to firearms-related violence and the prevention of firearm injuries and deaths.
a. The College supports the development of coalitions that bring different perspectives together on the issues of firearm injury and death.
Read 51 tweets

On #California #wildfires: "The president will continue to monitor this ongoing emergency" to ensure people of the state receive the assistance they need, says @PressSec.
#Turkey's justice and interior ministers being sanctioned by @USTreasury on @POTUS orders for their role in the continuing detention of a US Christian pastor, announces @PressSec.
Read 16 tweets

scott cunningham @causalinf
So here is my layman’s understanding of how mental health treatment works for Americans in 2018. Correct me where my understanding is wrong. Around the mid 20th century, we relied more intensively on residential centers for both short and long term care - the “mental asylum”.
At some point - and if someone wants to, please explain more of this historical and economic event - the US “de-institutionalized” whereby I think those many hospitals were defunded and slowly were discontinued. As it was nationwide, I’m not sure if that means they lose federal
funding, if there were key federal legislation, or for some reasons states coordinated, but it seems to be mostly a secular event wrapping across all the states whereby residencies in these hospitals declined. Part of this seemed to be supply side - there were macro restructuring
Read 26 tweets

Roslyn Talusan 🌒 @rozzybox
I wrote about all the ways Canada's public service has failed me as a survivor of workplace sexual violence, and how my managers have repeatedly re-traumatized me for 3 years: #MeToo #cdnpoli medium.com/@rozzybox/meto…
Because my coworker had the sense to rape me *after* work and off premises, HR and my managers decided not to investigate him. He faced 0 disciplinary action for inflicting me with PTSD. Neat loophole. #MeToo #cdnpoli

When they realized I'd reported him to management, he and my "best friend" at the time who also worked with us, decided to tweet about how I was a crazy bitch and that I was false victim. #MeToo #cdnpoli

Kate Wells @KateLouiseWells
MSU on the #NCAA letter....JUST as we are resuming back here in court for Nassar's sentencing. 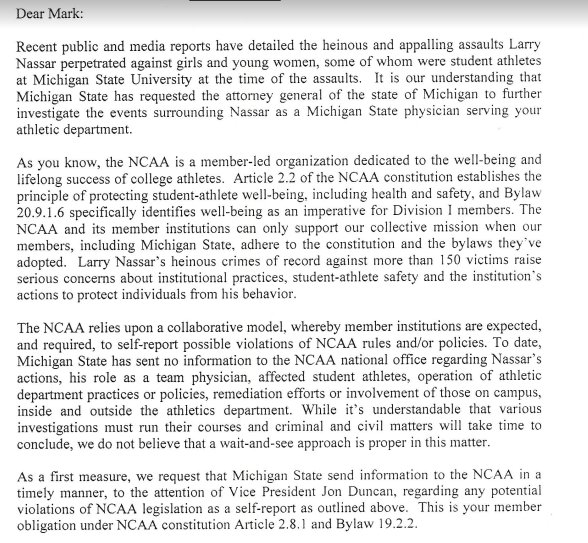 End of NCAA letter to MSU: 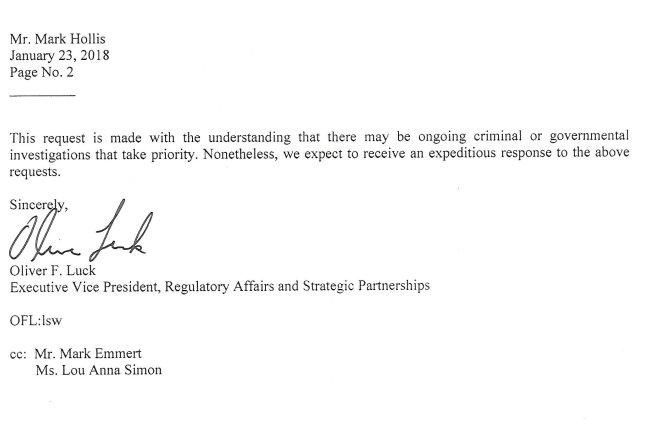