In an arbitration meeting between the two Smile Communications and Eaton Towers (infrastructure provider), it was agreed to reconnect all Smile sites that had been previously switched off to the benefit of all stakeholders concerned & this was done even before the meeting ended.
The parties to the arbitration agreed to sign a temporary addendum to allow re-connection and service restoration pending conclusion of the ongoing negotiations for a new service provisioning agreement.
Smile Communications undertook to settle outstanding obligations and that the statutory notice issued by Eaton Towers be withdrawn. This position will allow Smile to resume service to its customers as they await conclusion of the main agreement.
Thanks to the parties involved for reaching an amicable solution that serves all concerned. UCC remains committed to investigate and arbitrate matters relating to communication services and taking action to drive the development of a robust communications sector in Uganda
Missing some Tweet in this thread?
You can try to force a refresh.
Tweet Share Email Embed

More from @UCC_Official see all

UCCat20 @UCC_Official
UCC has observed an increase in the incidences of fake publications on the digital platforms and a one Drake Lukunge Matovu deliberately posted unverified content to misinform and mislead the public. We take exception to such criminality and culprits will be prosecuted #FakeNews

Whoever is in the habit of deliberately creating, publishing and distributing #FakeNews need to be aware of provisions of the Penal Code Act that criminalise the same. Specifically Sections 50, 179 and 180 of the Penal Code Act on false news and defamation.
According to the law, any person who publishes any false statement, rumour or report which is likely to cause fear and alarm to the public or to disturb the public peace commits a misdemeanour. Members of the public should be vigilant and exercise due care by verifying stories.
Read 6 tweets

An online page managed by an individual that has since been identified published fake & misleading information against the person of the Executive Director @UCC_Official . Please note that the publishing of false news is wrong, unlawful, unethical & defamatory.
The public is advised to be vigilant & exercise due care by verifying the authenticity of any news stories /reports from official sources before believing & acting on them.
Read 5 tweets

Five (5) films have been nominated for the Best Feature Film and will be voted on by the viewing public for the Award of "The Viewer's Choice Award"; the nominees are; Bella, 94 Terror, Veronica's Wish, The Agreement and Slay Queens #UFF2018 #UgandaFilmFestival2018

Sotiri Dimpinoudis @sotiridi
This will be my #GiletsJaunes Thread of Tomorrow in #Paris and across #France! Keep this Thread open and refresh once it will start! I Will be reporting again in my Home Studio of the situation.

#Breaking: It's happening! Reports of the First #GiletsJaunes protestors arriving in #Paris. #ActeVIII
#Update: People are preparing their signs to go and protest. #GiletsJaunes #ActeVIII

George Yarrow @george_yarrow
1/4 The first release of a bit of the Alternative White Paper (AWP) draws attention to nature of the gulf in thinking between the ERG and the rest. It is not that an MRA approach is wrong, rather that it is a long slow process that would take years & years & years.
2/4 Aside from the more technical, administrative issues, that it because it relies on a high degree of trust, and trust can take a long time to build. The approach does not therefore address issues that require urgent attention and require actions with more immediate effects.
3/4 The AWP response is the familiar one: 'everything is harmonised now, so we can short-circuit the process by starting from where we are.' But that doesn't stand up to questioning: What do you want? (MRAs) When do you want them? (Quickly) Why quickly? (To diverge quickly) Hmm.
Read 4 tweets

Asaf Ronel @AsafRonel
Today is the 6th Friday of the #GreatReturnMarch. Last Friday there was a more organized attempt to reach the #GazaFence & Israeli army promised to respond harsher. Israel also declared human rights laws do not apply to the protesters. 48 killed & ~7,000 wounded so far in Gaza

I voted Republican loyally for over 30 years. But when Trump won the Primary, I was able to see the true and dispicably UGLY face of my party, and I have never gone back again. 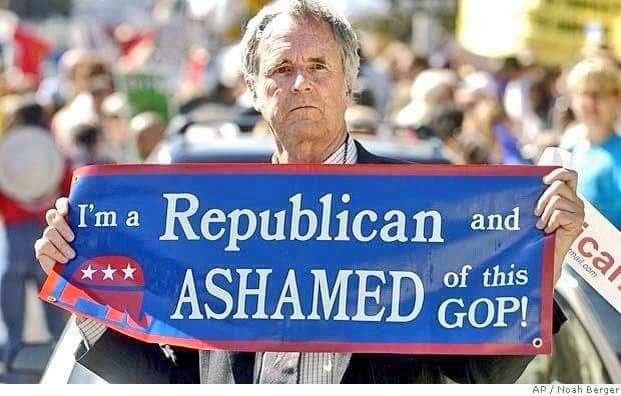 Many wonderful people in #TheResistance have taken me in, educated me, and helped me to become a much better person. They have helped me to realize that so many of my hard-core, basic beliefs were incompatible with voting Republican.

I owe you all so many thanks for that!
Today, I learned something else...

When I first saw the #Rose 🌹 symbol in various profiles, I googled it and also asked some people who were using it, what it meant. I was told it was just a symbol of #Resistance, & I thought it was no different than the #Omega / #Ohm symbol.
Read 19 tweets

The Muslim Marine🕊 @MuslimMarine
On days like today not even 5 yrs of faithful & honorable active duty #Service in #USMC can convince some ppl of a Muslims loyalty to USA.1/
Ppl ask me why I enlisted in the #Marines in 1997 at the age of 19. I tell them b/c loyalty to my nation of residence is part of my faith./2
I served the US faithfully BECAUSE of my faith, not in spite of it. I had the full support of my father — a Muslim Imam & my family. /3
Read 17 tweets