The Walrus #RevokeA50 #FBPE
@RebetikoWalrus
, 5 tweets, 3 min read Read on Twitter
Tweet Share Email Embed
Well now, we've had meaningless votes, and we've had indicative votes, and we have still not made anything sensible happen.

Here's a thing to try next. You'll need to tag YOUR MP in on it, even if they are the most useless creature that ever sat in the @HouseofCommons.

There's a vote they still have NOT had.

It's the free vote on whether to take the advice of the utterly corrupt advisory referendum, and leave, or be sensible and #RemainInTheEU

MPs have NOT voted on that. That decision has NOT been made.

MPs need to come up with a motion for a vote, and go to Mr Speaker with it.

About two thirds of all MPs want us to #RemainInTheEU. They can have a free vote on whether to #RevokeArticle50, as long as enough of them get together and demand it.

It's way past time MPs took back control of Parliament, instead of letting May dictate to them what they can vote on. She's had two goes with her rubbish "deal" already. That's not democracy.

Tell your MP now, that you want Parliament to vote to #RevokeArticle50.

More from @RebetikoWalrus see all

The Walrus #PeoplesVote #FBPE
@RebetikoWalrus
Right now, there are lots of MPs saying they want to #StopBrexit, but don't think there's a way do do it using existing Parliamentary procedures.

I will let you into a secret, MPs. Every single one of the existing Parliamentary procedures was made up at some point...
And guess what? You can do that as well. Stop being terrified of the ugly woman with the gigantic necklaces, for a start.

Now, organise yourselves by talking to each other. All of you need to go to the Commons chamber, stand there, refuse to carry out whatever business the...
...PM and her gang are trying to force on you. Tell Mr Speaker, you have all decided to have a vote on whether to leave the EU or #RemainInTheEU. Refuse to do anything else, for as long as it takes for him to agree with your demand.

The Walrus #FBPE
@RebetikoWalrus
The reason we are in this mess...

Most MPs are useless party drones, collecting their pay and expenses, and voting the way they are told to.

When the #Brexit advisory referendum result was announced, the correct next step should have been a Parliamentary debate on whether...
...the UK should leave, or #RemainInTheEU. That, as far too few MPs will admit, is their job. They should make decisions on our behalf.

The majority of them know we should not leave the EU, because they know how much harm it will do to everyone but a few very rich people.
About 400 MPs think we should #RemainInTheEU, but most of that 400 think that hanging on to their seat, no matter how much harm they do, is the best thing to do. Because pay and expenses matter more to them than we do. Because they are scared of the whips.
Read 7 tweets

The Walrus #FBPE
@RebetikoWalrus
People keep saying we should have a vote on the #Brexit "final deal".

I don't think we should wait. Why not?

1/ We already know there is NO version of #Brexit that wouldn't do us all (apart from the very rich) real damage. If we #RemainInTheEU, we can get on with
repairing the damage that #Brexit has already done, which is considerable, and carry on with improving things for all Europeans.

2/ I suspect May's plan is to run us out of time, so we crash out with no deal, and hence no time to vote on it. All her delaying tactics have been
aimed at that result, including trying to extend MP's extremely long holidays, to prevent them from stopping her crazy game.

I think we can't get Parliament recalled, as the usual way to do that would need the Government to ask the Speaker, and May won't allow that.
Read 6 tweets

Virginia Heffernan
@page88
Partly the people need to see not just the complete report but, as @RepAdamSchiff says, the evidence. There’s just far too much indeterminacy in the way the president talks, and that goes to state of mind.

Comey says he heard that as an order—an effort to obstruct—where Don Jr told us this was merely an expression of “hope.”
“When I decided to [fire Comey] I said to myself — I said, you know, this Russia thing with Trump and Russia is a made-up story.”

It’s clear what that means to anyone who knows his coarse speech, but a lawyer cd walk that gibberish back.
Read 8 tweets

One has to begin with desiring something that cannot be achieved by desiring. But if you are aware of this fact - if you are aware of the fact that you are desiring something that cannot be desired - it helps. At any moment, you can take the #jump.
With the #mind we cannot understand anything which is effortless. Mind means effort. The faculty of the mind is to do something; it is an instrument for doing. The very faculty of mind is to #achieve something, to gain some desire.
You cannot begin with no #desiring. The mind will make this non-desiring also the desired object.

The mind will create new desire and say, “Okay, I will try not to desire.” It will say, “Really, it looks fascinating. I will try to do something so that this no desiring happens.”
Read 24 tweets

They specifically went for what I wrote that they would as per 2.4.

I will have more in a bit.

docdroid.net/X4V4AC9/031128…
ICYMI. My previous coverage was converted into an article, and also now includes info about their latest financial filing in the UK.

dereksmart.com/forums/reply/6…
SAC for breach of contract and copyright infringement:

AfricanFreshPrince 👑
@TheBigMan2Pees
Marriage Proposal
Episode 1
The First Attempt
4 evry lng lost road I went led me 2 whr u r. Odas who broke my hrt, were lyk d northern stars, guiding me on my way, in2 ur luvin arms. dis much I knw is true n I pray dt God bless d broken roads dt led me strait 2 u. Pls b my bride
dese were d exact words of Uche as he bent down wit a knee n brought out d diamond ring out proposing 2 Mary.
dese happened in a restaurant @ ard past 8pm. Uche had planned it all out in such a way dt he had his best friend Kunle dere n 3 of Mary's friend 2 spice up d whole scene
"Awn awn, dis is so lovely" Mary's best friend Loveth said.
"Oh My God, I neva knew Uche can b dis romantic oh. Mary u r very lucky." Omoye, 1 of Mary's friend dere said.
"Please Mary, say yes oh yes, yes" Titi, Mary's last friend said as she gesticulated wit her hands n smiled.
Read 311 tweets

Erin Ross
@ErinEARoss
I was eight when I learned the word ‘shrapnel.’

Our teacher told us that someone had brought a gun to Thurston High School. And gone to the cafeteria. And started shooting. She looked extremely sad, but her teachers’ aid looked sadder.

Her son went to Thurston.
She was crying, and told us that she would have to leave to go to the hospital. “He’s going to be OK,” she told us through tears, “it was just shrapnel.” And then she left.
Shrapnel is when something explodes, I told my mom later. It's when a bullet breaks apart and some of it hits you.
Read 35 tweets 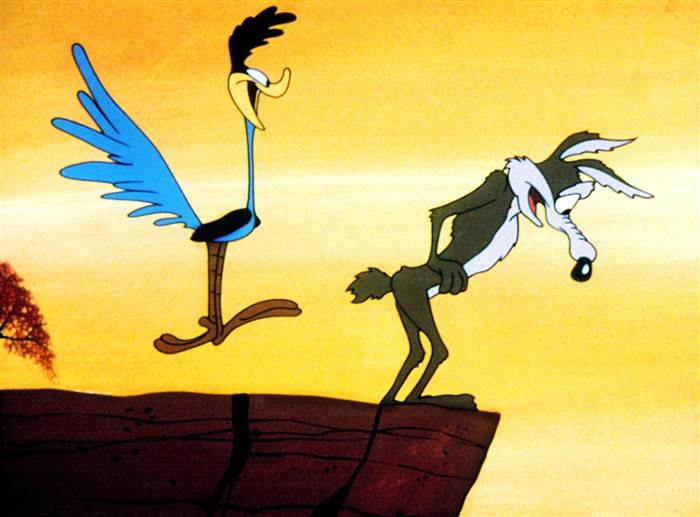 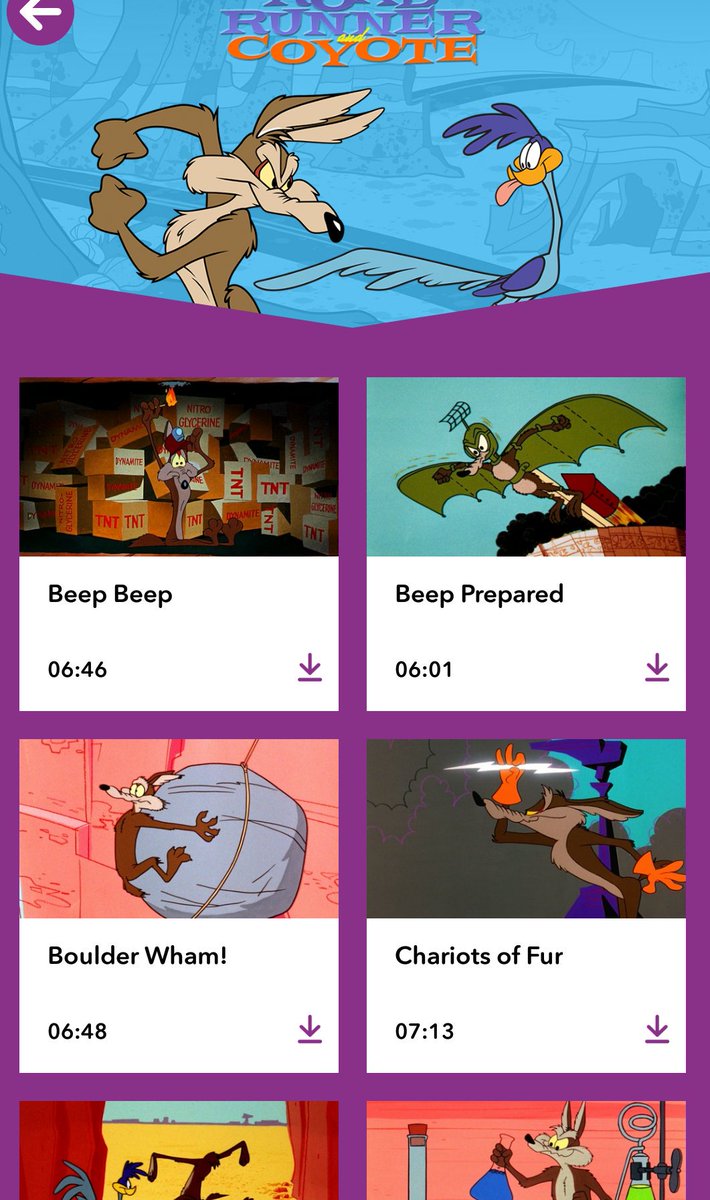 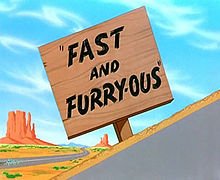