JAM 🍩
@Eviljohna
, 6 tweets, 2 min read Read on Twitter
Tweet Share Email Embed
Hillary was our bold & committed advocate for gun control but MSM & fools among us thought office IT problems were more important an issue
Hillary literally stood up to the NRA & it's apologists & made gun control a central issue of her campaign, forging alliances @MomsDemand
HRCs courage & dogged determination for gun control was a turning point in presidential politics. She went where all others feared to go 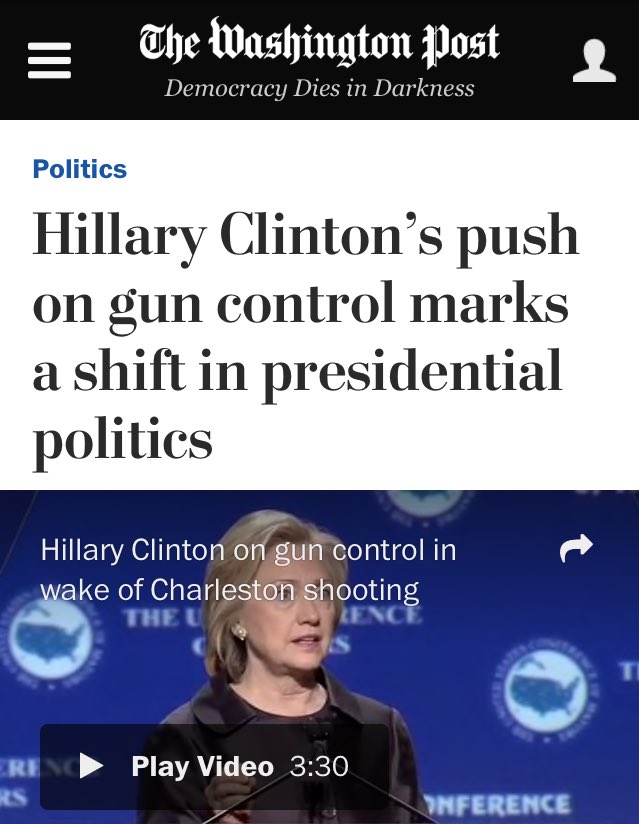 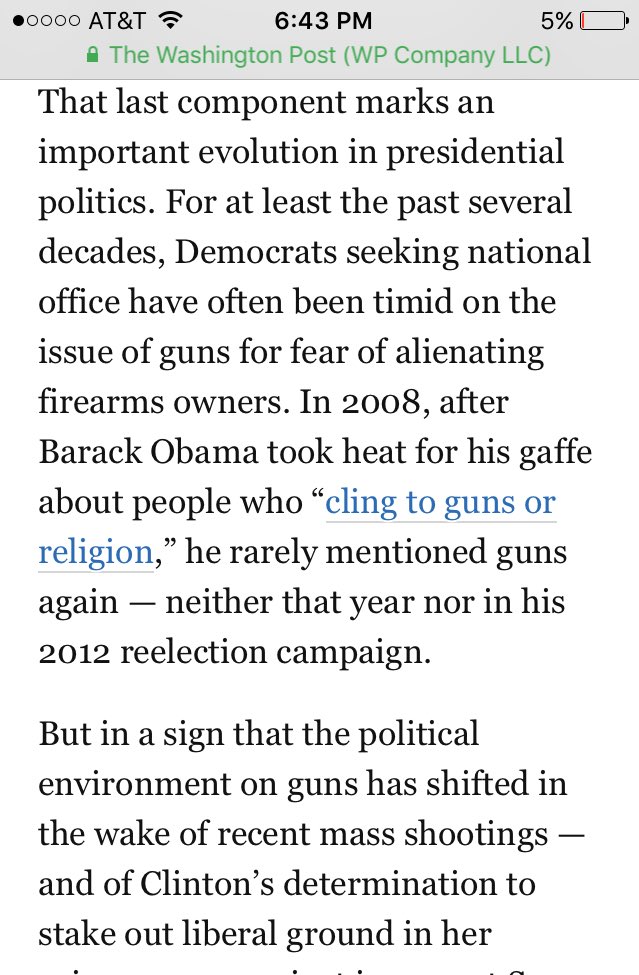 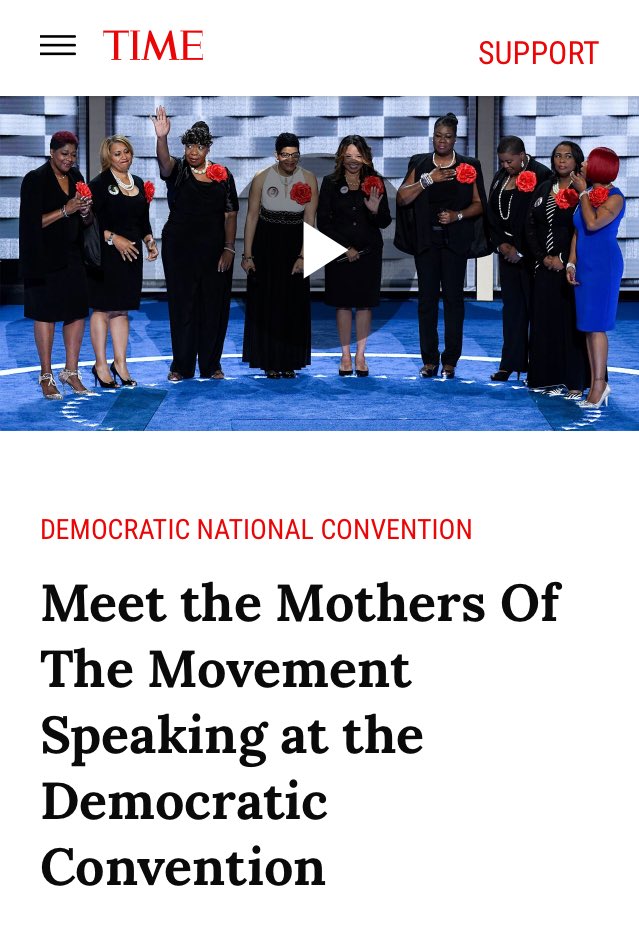 Not only does your tweet wrongly suggest Bernie is actually helpful to any issue he claims to support, you erase gun controls real advocate
Might I suggest a more appropriate question to ask would be "Who will be the next Hillary Clinton of gun control?" #StopErasingWomen
Missing some Tweet in this thread?
You can try to force a refresh.
Tweet Share Email Embed

More from @Eviljohna see all

“No (mumbling) we did not have any idea abt the Russians”

This is in direct conflict to Bernie’s statement. Which one is lying?
To refresh Symone’s memory, here’s Bernie’s answer when asked by Ari Melber

But it remained a secret to HIS OWN PRESS SECRETARY?
Either Symone knows damn well she’s lying to cover up what Bernie knew or..

JAM
@Eviljohna
@DemHugh @SenSanders
@DemHugh @SenSanders Bernies whole con is the game of 1-upmanship. He takes thoroughly researched & planned DEM proposals & then promises MORE making it completely unfeasible. For instance: Regulating fracking out of existence wasn’t good enuf, he promised a BAN which isn’t within a Presidents power
@DemHugh @SenSanders He made supporters believe that by merely electing him & ONLY him he could ban fracking, reverse Citizens United, give us M4A & more 🙄 They were all empty promises but it allowed him to wag his finger & chastise Hillary & DEMS for their “weaker” policy. And it continues still
Read 3 tweets

JAM
@Eviljohna
Tonight on AC360 Bernie laughs at our losses in TX & FL denying our candidates ran too far left, then lies about the reason we lost seats under Obama

DEMS tried to be “Republican light” he claimed, speaking of those who passed the ACA & protected pre-existing conditions...
For those who need a reminder, we suffered dramatic loses because the Tea Party made Obamacare into the boogeyman & the DEMS who supported its passage were purged from office

Murphy was 1 of them. Does he sound like a “Republican” to you?

Who here thinks Trump would sign a min wage increase? Or sign legislation to cover all children via a M4A plan & lower the age for Medicare eligibility?

Time to write this man off. He’s doing a great disservice by lying abt the reality of our political landscape
Read 4 tweets

Keeper Of Numbers
@Number_Keeper
How totalism works #QAnon #QAnons #Qanon8chan #QAnon2018
#TheGreatAwakening #cult #Cult45 #TrumpTrain #Trump2020 #TrumpExpress2020 #MAGA #MAGA2020 The brainwashing methods of isolation engulfment and fear can lead anyone to a cult. I should know, I was in one.
Thread ✔
1/

I began my formal research in 1999, eight years after battling my way out of a secret, so-called #Marxist-#Leninist group whose leader controlled my life in its most intimate details.
2/
He determined what I wore: a version of the advice in John Molloy’s bestseller Dress for Success (1975), featuring tailored blue suits and floppy red silk bowties. More significantly, he decided when I could marry, and whether I might have children.
3/
Read 102 tweets

Anne Henry
@AuntVerity
(1) The law that caused children to be separated from their parents (illegal immigrants) was passed in 1997.

Who was President in 1997? Who signed the law TWENTY-ONE YEARS AGO?
(2) For TWO DECADES children have been separated from their parents at the border.

Where was the #MSM #MediaMonkeys?

Where was the outrage?
(3) During Obama’s administration children were separated from their parents, placed in cages, & given into the custody of CHILD TRAFFICKERS.

Lexy
@PoliticallyRYT
The Second Amendment is our right and the ignorance toward it is distressing!

@realDonaldTrump @POTUS
In the wake of the Parkland, Fla., shooting some are pushing for gun control, even gun confiscation, while others are virtue signaling & offering no real solutions for actually dealing with school
/2
safety. They want to raise the age to 21 to purchase a rifle when in fact the average age of a mass shooter in America is 35 years old.
/3

Black Pegasus 🇺🇸
@intelmosaic
(1) The fact that he's reached out is a testament to just how utterly and completely discredited he's become. @RealAlexJones is a major node of Patriot media; #MSM needs a win. My only advice is this: DO NOT go off in the kid like you did Piers Morgan. You'd become an easy target

(2) There's a lot on the line here. @realDonaldTrump came to Alex early in the election. Libs and Neocons view Alex as a conspiracy theorist. #MockingbirdMedia has a chance to trigger an aggressive reaction from Alex, then question Trump's base, and taste in associates.
(3) WE know this kid's a useful idiot, but to the Neocon/Liberal public, he's their pre-pubescent, innocent, brave, gun control poster child. If Alex goes ape sh*t on him, Trump is the first one they're coming after.
Read 6 tweets

Do Not Stand Idly By
@DontStandIdlyBy
5 Tweet Thread
The @NRA & #gun companies are not evil but they are part of the problem. And the amazing thing is: all the folks clamoring to #BoycottNRA don't even know how bad it really is!
5 things the #NRA & gun manufacturers have successfully lobbied to create...
1) Background chk system overseen by the ATF that is forbidden to digitize records & so must keep all records on paper
2) BG chk system that is enormously hobbled at ATF bec of extreme funding shortages so that it can't do its job well & so that the NRA can claim it doesn't work
3) Passage of the #Dickey Amendment that forbids gov't research from reaching conclusions that might be construed as advocating for gun control, thus allowing the #NRA to say, "No studies show..." and leaving legislators with no data to back up laws that might work
Read 5 tweets