Discover and read the best of Twitter Threads about #AZleg

Fight For Reform
@For_Reform
We’re kicking off the month of September by endorsing some incredible candidates today in Arizona! Take a look at who we’re supporting in #AZleg:
.@French4AZ is a veteran, educator, and longtime reformer. She’ll lead the fight against voter suppression and to limit the influence of corporate special interests. #azleg

Mayor @Coral4AZ refuses corporate money, has fought voter suppression, and will fight to expand Clean Elections so everyone can run for office. #azleg

Shannon Watts
@shannonrwatts
.@Everytown just announced we will invest at least $5 million in Arizona for the 2020 elections. Our nearly 200,000 @MomsDemand and #StudentsDemandAction supporters in the state will target key battleground Maricopa County.

Westgate #AZleg thehill.com/homenews/campa…
Arizona gun laws are among the weakest in the country, with no legal requirement for background checks on unlicensed gun sales. But to date, Arizona lawmakers have refused to take action to reduce gun violence, even when more than 1,000 Arizonans are shot and killed every year.
A 2019 poll found a majority of Arizona voters support stronger gun laws: 54% of respondents said current gun laws in Arizona are not strict enough, while 37% said they should be kept the same. Less than 5% said current gun laws are too strict. ohpredictive.com/press-releases…
Read 3 tweets

Shannon Watts
@shannonrwatts
.@Everytown just announced we will invest at least $5 million in Arizona for the 2020 elections. Our nearly 200,000 @MomsDemand and #StudentsDemandAction supporters in the state will target key battleground Maricopa County. #AZleg thehill.com/homenews/campa…
Polling shows we can win: By a more than 8-to-1 margin, Arizonans want stronger versus weaker gun laws, and an
overwhelming majority of voters support blocking domestic abusers from owning guns (89%) and requiring background checks on all gun sales (85%). #AZleg
In fact, a majority of Arizona voters (57%) say they would never vote for a candidate who opposes background checks on all gun sales, including 58% of independent voters, 50% of Republican women, and 59% of Maricopa County voters. Arizona, here we come!!! #AZleg

Raquel Terán
@RaquelTeran
To ALL Arizona families: Know that we, the Arizona State Legislative Body, are about to negotiate a budget to then either recess or end the session completely. We are doing so WITHOUT putting forth critical policy needs for Arizona to respond to the #Coronavirus. (cont) #AZLEG
Neither the Governor or the Majority in the House or Senate have responded to our requests to policy protecting workers and our economy during this crisis. We are asking for funding to: Expand & fund access to testing. Establish drive-through testing sites at county. (cont)
health departments. Establish free evaluation and testing to those without health insurance. Create fund to pay for sick leave for public employees under quarantine or sick. Approve 90-day supply of medication and medical supplies for AHCCCS beneficiaries and encourage (cont.)
Read 9 tweets

@LUCHA_AZ @ChispaAZ @case_az @AZadvocacy @AllVotingAZ @IndivisibleofAZ 1) Live in Maricopa County? The bad news: 80 polling places have been shut. The great news: You can now vote at ANY polling place in the county. Go to onearizona.org/vote to find one convenient for you.
@LUCHA_AZ @ChispaAZ @case_az @AZadvocacy @AllVotingAZ @IndivisibleofAZ 2) Live outside of Maricopa County? For the most part, your polling place has not changed. Yuma closed one polling place (the health department, for obvious reasons). Apache County moved a few. Go to onearizona.org/vote to find where to vote
Read 10 tweets

Keeping people healthy and safe means canceling events & closing everything. That, in turn, means missed work, smaller paychecks, shrinking bank balances and a lot of stress & worry for working people.
Luckily, AZ already has paid sick leave, thanks to #Prop206 passed by @LUCHAAZ & many others. (Shout-out to the power of grassroots ballot measures!) Part-time, hourly and seasonal workers all get paid sick time!
If your employer does try to commit wage theft by not providing you with paid sick leave as guaranteed through #Prop206, contact the Industrial Commission of Arizona: azica.gov/forms/labor3305 (3/13)
Read 13 tweets

ChispaAZ
@ChispaAZ
THREAD - APS spends tens of millions on political campaigns! Their stronghold on the #azleg shuts down the voice of our community. We must put #PeopleOverProfits. Here’s a list of what @AZHouseDems, @AZSenateDems said on rejecting APS $$$:
energyandpolicy.org/growing-number…
Rep. @DrRandyFriese: “I received an APS contribution earlier this week. I do plan on returning it.”
Senator @Dalessandro4AZ: “When first taking office in 2013, they gave me a check for $1,000. It was promptly returned because I was running for re-election as a Clean Elections Candidate. ”
Read 17 tweets

While I dreamed of Arizona being the 38th state to #RatifyERA, Virginia is poised to become the final state.

The difference? A democratic majority in the state legislature.
(THREAD 1/15)

In 2017, we thought that with the addition of Rep. @DrGerae, there would be a possibility for the #ERA to at least get a committee hearing since Arizona was FIRST in the country in female representation in the legislature at the time. /2
azcentral.com/story/news/pol…
Gov. @dougducey spent a significant portion of the SOS highlighting the accomplishments of AZ female trailblazers, but notably left out the #EqualRightsAmendment.

To do so felt like an attempt to gloss over the rampant sexual harassment at #azleg. /3
phoenixnewtimes.com/news/takeaways…
Read 15 tweets

Western Resource Adv
@wradv
Groundwater plays an essential role in the health of AZ's rivers and our state's water security. As our state begins to use less #CORiver water, sustainable management of groundwater will be more important than ever in the years to come. @alisteinbach
azcentral.com/story/news/loc…
As recent research from @UofA/@coschoolofmines points out, “Arizona has experienced significant declines in stream flows — between 10 and 50% — due purely to groundwater pumping.”
advances.sciencemag.org/content/5/6/ea…
In 2017, WRA outlined Arizona’s use of groundwater and pointed to sustainable solutions to help communities across Arizona better manage their water resources and mitigate potential future shortages.
westernresourceadvocates.org/publications/a…
Read 4 tweets

Secretary Katie Hobbs
@SecretaryHobbs
1/3 🚨BUDGET ALERT:🚨Late-night amendment decimates the #SOS election services budget, which is crucial for ensuring we have the infrastructure in place to keep our elections secure and fair.
2/3 This also means the state cannot meet the match required by the Help America Vote Act Grant. Counties will lose out on $750K of #HAVA funds, that should be used to enhance election security measures.
3/3 To top it off, the amount appropriated for the Presidential Preference Election is not even close to the $7M county election officials said they need to ensure the PPE runs smoothly. #AZLeg #AZBudget
Read 3 tweets

Dustin Gardiner
@dustingardiner
In a hearing yesterday, Arizona Department of Water Resources Director Tom Buschatzke said this paragraph of our story about Pinal County water was inaccurate and that we refused to correct the story. (Thread 1/7)

He’s right -- we didn’t correct it. Because it was true.

▶️DWR has never said its initial statement was wrong. They've simply reiterated that no projects with a Certificate of Assured Water Supply (final water permit) are in jeopardy. 3/7
Read 7 tweets

Indivisible Guide
@IndivisibleTeam
URGENT THREAD: Across the country, Republicans have used their power to retaliate for Democratic electoral gains. We saw it in WI & MI with the #GOPPowerGrab, and now the GOP is coming after voting rights in Arizona TODAY. #VotingMattersAZ #AZVotingRights indivisible.org/resource/defen…
In the 2018 election, Arizona’s early voting totals surpassed 2014 total voter turnout! With huge surges in Democratic early voting, Republicans in #AZLeg are now retaliating by trying to impose barriers on early voting.
.@MichelleUgenti (LD 23) has introduced three bills to make it harder to vote early: #SB1046, #SB1072, and #SB1090.

You see, AZ has about a month of early voting. But, strangely, polling places are closed the weekend prior to Election Day. And, in fact, state Senators PASSED a bill just last session to allow for in person voting through & including the weekend prior to Election Day. /2
The state House, for whatever reason, decided the bi-partisan bill passed by the Senate wasn't worth their time so never took it up. Every County Recorder in the state supported the Senate passed bill. /3 #ThingsThatMatterAZ
Read 29 tweets

Steph H. 🌊
@StephH_AZ
While we were watching the horror of the #ParklandShooting unfold, #AZLeg House Judiciary Comm's GOP members passed HB2535, @kevinpayneLD21's bill that'd PROHIBIT all child welfare agencies from adopting or enforcing any rule or policy related to possession or storage of a gun. 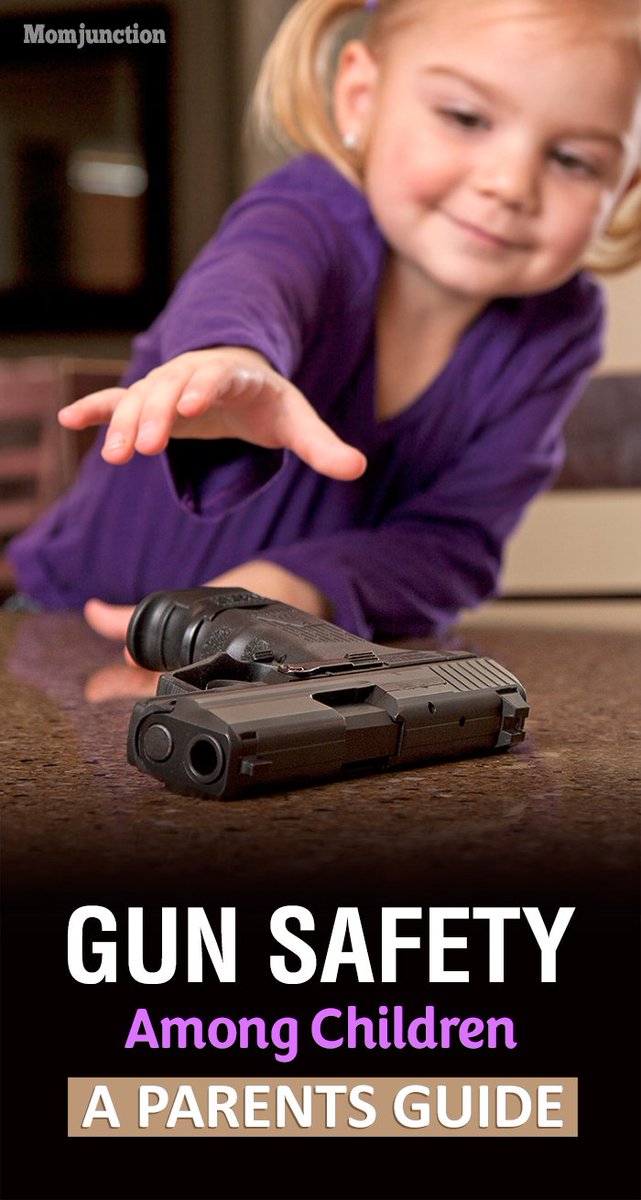 In the same breath, Rep. Payne declares that the AZ Department of Child Safety's "primary purpose is to protect children" and that DCS should not maintain the ability to protect children from firearms. These seem like ideas completely at odds w each other, no? 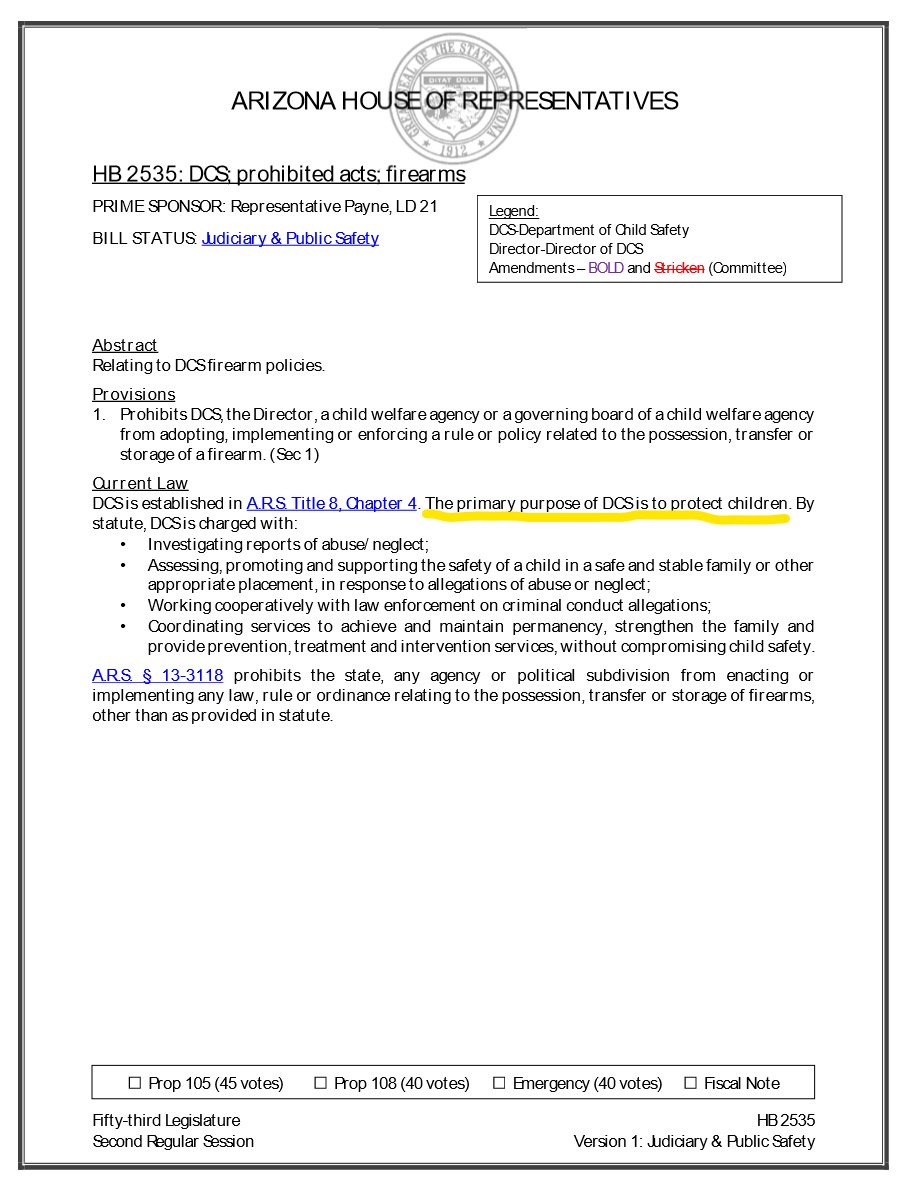 Because we know that, during the first six months of 2017, for example, minors died from accidental shootings at a pace of one every other day, with the majority of the shootings occurring in the home. usatoday.com/story/news/201…
Read 6 tweets