Nick🇬🇧🇪🇺 @nicktolhurst
, 12 tweets, 4 min read Read on Twitter
Tweet Share Email Embed
1/ Very small thread on why many people (including me) have been getting #Brexit wrong. We've been blinded by the theatre & complex issues of the "EU negotiations" - but in fact its much simpler than that....indeed.....
2/ #Brexit "EU negotiations" are not in any significant way actually taking place, & to the extent that that they are at a minor level even these are largely irrelevant. Once I grasped this everything else of the last 12 months made sense.....
3/ The political establishment whether Corbyn's Labour or May's Conservatives (& indeed much of the political media) are, contrary to the breathless reporting of BBC etc, largely unconcerned with the concrete nature of the EU process (not negotiations) of #Brexit. For 2 reasons..
4/ Firstly, there's always been only 2routes #brexit cld go do down Norway(soft) or Canada(hard) & "negotiations can only meaningfully take place once UK decides for an option & then tries to get the best version & add-ons of one of these options as possible. But even stranger...
5/ Both Lab & Tories favour soft #Brexit (dont be fooled by ERG). Approx 400-500+MPs (who normally never agree on much) favor soft brexit as they know hard version reduces UKeconomy, influence & preprograms Irish unification & possibly Scotland Independence. So why the jam......?
6/ Answer is both parties want the other party to come out for Soft #Brexit......first. Whoever does that can then be blamed for destroying brexits "dream of independence" and "fantasy super trade deals". But therein lies the problem for the UK the longer each party waits.......
7/ The longer the delay to "real" EU negotiations the less options for bespoke bits & add-ons. As times fritters away only "hardest Canada" or "softest Norway" possible. EU wld need years to work through extra add-ons (assuming they even agree).
8/ Result of this is: Hard #brexit MPs increasingly justify hard option in political survival terms, while soft brexit MPs are counting on fact that no govt (even Mays) will actually sign up to "hard Canada" & despite media reporting they have very good reason to think so as....
9/ If you watch carefully May, despite hard #brexit rhetoric, is trying desperately to get 5 year transition in instead of 2. which of course can delay the moment of reckoning on choosing between hard v. soft brexit till 2024 (& beyond..?). So the next time someone tells you.....
10/ "EU trying to force this..." or "UK arguing for that..." - they're not - as no negotiations are taking place. UK policy of both parties is to actually avoid negotiations as long as possible (till atleast after next election). Whats happening now is merely.....
11/ #Brexit is merely politics - nothing else - no EU deals, no Brexit preparations or planning etc. Both parties are maneovering to capture soft brexit majority while blaming the other party for "ignoring will of the people" or "screwing up will of the people". In conclusion...
12/ #Brexit must be carried out...politically. But simultaneously cannot be carried out....institutionally or economically. What we're seeing now is merely the political fight before the "real brexit debate" takes place...sometime next decade...possibly...or possibly never. /ends
Missing some Tweet in this thread?
You can try to force a refresh.
Tweet Share Email Embed

More from @nicktolhurst see all

Nick🇬🇧🇪🇺 @nicktolhurst
Small thread to confidently predict the #Brexit end game. Quite simply there is no other plausible scenario then this..

1/ increasingly clear what will happen with #Brexit. The EU will take the #Chequers deal, tweak it, likely beyond recognition, so it fits them.
2/ ..as there is now no time left for negotiations, May will have little resistance to EU. It will be a Canada+ deal with as many optional extras that prompt payment of £39bn can buy - probably not that much. NIreland will be fudged.

Then the great House of Commons showdown...
3/ the great parliamentary showdown simply won’t happen. 650 MPs will be faced with horrible but ultimately easy choice: a lousy deal or a catastrophic no deal. 200 Tory MPs will back govt. it will only take a few dozen Labour MPs to abstain or vote for #brexit and it will pass.
Read 11 tweets

Nick🇬🇧🇪🇺 @nicktolhurst
1/ a short thread on “my family are nice & voted Brexit”.

“.....Or what we remainers failed to understand by the Leave vote...”
2/ remainers talk about the racist or gammon leave voter. But a minority of voters are racist & while you do see angry middle aged men on @bbcquestiontime they’re a small subset.

So my leave voting family - they are nice - why did they vote brexit?

The answer may surprise you..
3/ talking with family in depth on #brexit these last few weeks they didn’t mention any new law making powers, nor that much on the supposed £350m a week we’ll get back - they never thought they’d see much of it. Even immigration wasn’t really as important topic as some assume...
Read 7 tweets

Nick🇬🇧🇪🇺 @nicktolhurst
1/
Thread to explain why, strange as this sounds, (& many still don't get this!) - there are no hard Brexit MPs. Even Mogg & Johnson are kind of soft brexiters. Both wanted frictionless trade with EU & no real economic change.

Thus the fight is not btwn hard & soft Brexit but btwn..
3/ the fight now is btwn those that want to accept reality of situation: that the longed for soft Brexit occurs on EU terms not UKs - and those that are "winging it" for something they never actually wanted & do not yet understand but have talked themselves into...
Read 6 tweets

Jeff Kaye @Jakdaw09
1/ Last night, a conference audience heard from @carolecadwalla @peterjukes @Billbrowder @DamianCollins @DavidLammy & more how @facebook was used by Russia / #Brexit campaigns to falsify the referendum. Worse, UK Government is unwilling to open this up to proper investigation

2/ Despite @DamianCollins and his @CommonsCMS team doing an incredible job to open up the issue and show how a mass of lies created at least a dubious campaign, Government is "in hock" to global business and unwilling to shift
3/ @DavidLammy called out the Government and @UKLabour who, for different reasons, are colluding unofficially - one in hock to business, the other old Russian ties - neither interested in following up and @CommonsJustice & other select committees have not raised a finger
Read 11 tweets

tony nog #FBPE @tony_nog
1) Leave supporters and "what we voted for"
@andrew_lilico here really highlighting a strange phenomenon I've seen a lot of in #Brexit supporters, a marked inability to see any variation in the leave vote

He says "We are not...", But we *know* these things apply to many leavers

@andrew_lilico 3) it's true that not all of these characteristics apply to all Leave voters, and it may be true that none of them apply to @andrew_lilico (though to be fair some of his blogs are pretty naive, and he believes in a post empire "Anglosphere" so...)

tony nog #FBPE @tony_nog
1) Great article on why #Brexit is insoluble
We can rail about respecting the vote, the EU being stubborn,May being incompetent etc all day long. The fact is it cannot be negotiated successfully, and anyone who believes otherwise is mistaken
#Lab18

blogs.lse.ac.uk/brexit/2018/09…
2) reasons are very simple, and always have been. The deal that was promised & any feasible deal are so far apart as to be unrecognisable

Either Brexit will be so painful that it will destroy the party who implements or so meaningless that it would be embarrassing to implement
3) half the country do not want Brexit, the other half (apart from the hardcore) voted for the pain free, cake & eat it easy brexit that was promised.

Costanza de Toma #FBPE @cos_detoma
For the past 24 hours myself and @cliodiaspora have been subjected to the most virulent abuse on twitter. All because Tanja tweeted she was sad I was leaving the UK and that my departure was Brexit-related.
I was far too busy with the move to realise what was going on, let alone respond in any way.
Many people, including the delightful @Arron_banks, accused Tanja of making it up....why would she?? Others have attacked her and my family in unspeakable ways. But who are you to judge me? What have I ever done to you?
Read 8 tweets

Chuka Umunna @ChukaUmunna
THREAD: Today's events in Westminster - which relate to the process and not the substance of Brexit - do not change the fundamental mess and chaos of Brexit. The UK is heading for a bad Brexit deal but its not a done deal - a lot will happen between now and the Autumn. /1
Its disappointing the so called "Grieve 2" amendment did not pass this afternoon (I,of course, voted for it) but significant that Ministers were forced to climb down and issue a statement acknowledging Parliament's vital role at the end of the process. /2

There are still 5 #Brexit related Bills still to make their way through Parliament which are legally binding and amendable: Customs Bill; Trade Bill; Fisheries Bill; Agriculture Bill; and, Immigration Bill. There will also be a huge number of statutory instruments to pass too. /3
Read 10 tweets 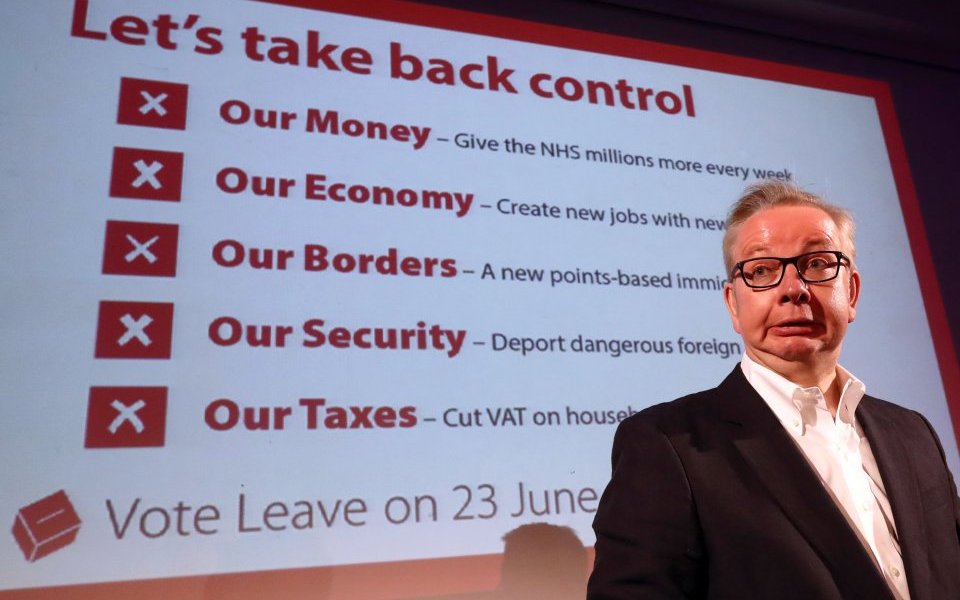 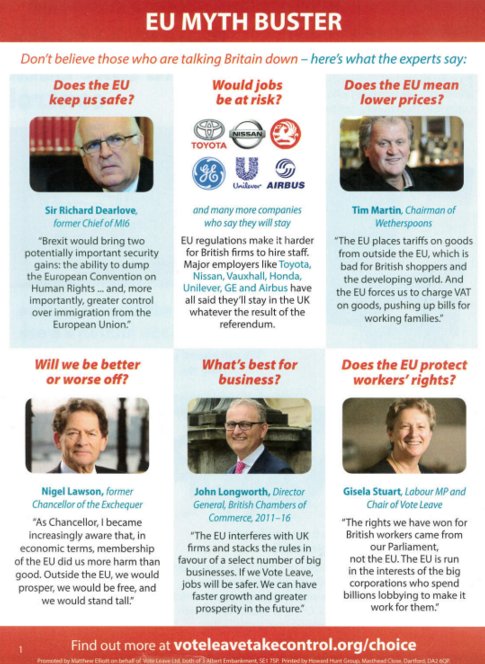 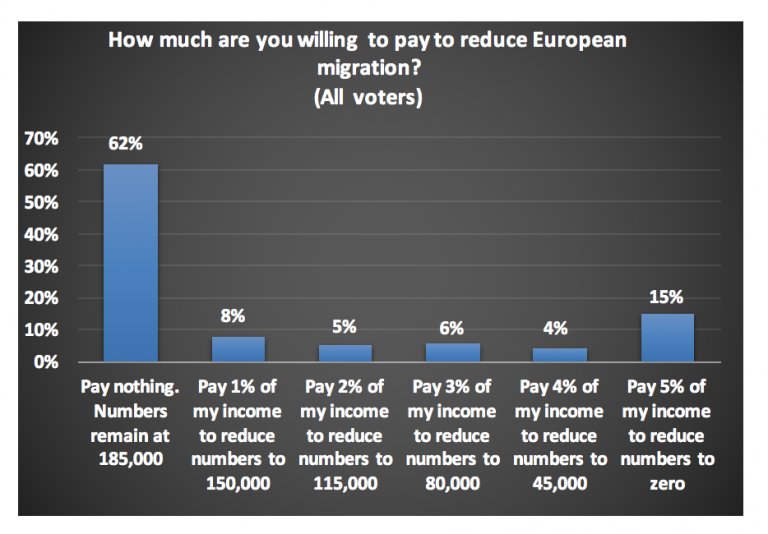