And here he was, tweeting this Bloomberg article about prosecutors declaring "War" against President #Trump back in August.

I hope @realDonaldTrump sees what is going on here. 👇

Ahh, crap, I was dyslexic with #SNDY. It should be #SDNY.*
Missing some Tweet in this thread?
You can try to force a refresh.
Tweet Share Email Embed

More from @MissMaga2016 see all

MissMAGA2016 @MissMaga2016
LOLOL and SMH: #BigPharma company, Glaxo Kline Smith, is buying your DNA/23andMe. Gee, who could have predicted this?

businessinsider.com/dna-testing-de…
23andMe co-founder Anne Wojcicki, who, btw, is married to Google's Sergey Brin, (more LOLs b/c that's all you can do at this point).

Their point all along has been to GET YOUR DATA.

And...as a reminder and for some extra LOLzzzz:

nelsonmullins.com
Here's the press release/announcement of Gowdy on their site:

This goes back to the Trump Tower meeting and links back to FinCen!

Thanks to @thechiiium, here's a big thread with lots of research on Ziff

Well, THIS is interesting. A former Och Ziff hedge fund manager that was indicted for fraud is named...... #MichaelCohen

DocRock1007 🇺🇸 @DocRock1007
"McCabe called [Flynn] to arrange the interview and explained that the FBI needed to talk to him in light of the “media coverage and public discussion about his recent contacts with Russian representatives." Is that not a lie? Didn't FBI itself leak to press as part of #SoftCoup?

"[Flynn] said he did not remember something [FBI] knew he said." How did FBI know? How did press know? They were spying on #Flynn as part of #SoftCoup #FlynnEntrapment. First Flynn, then @realDonaldTrump : #InsurancePolicy

3. This is how the perjury trap works: #DeepStateSwamp holdovers spy on the new National Security Advisor, then give him a memory test on ways to misconstrue his statements. cbsnews.com/news/special-c…
Read 18 tweets

First President to Violate the War Powers Act
(Unilaterally Executing American Military Ops in Libya Without Informing Congress In the Required Time Period - Source: Huffington Post) huffingtonpost.com/2011/06/15/kuc…
First President to Triple the Number of Warrantless Wiretaps of U.S. Citizens (Source: ACLU) aclu.org/blog/national-…
First President to Sign into Law a Bill That Permits Gov to "Hold AnyoneSuspected of Being Associated wTerrorism Indefinitely, Without Any Form of Due Process. No Indictment. No Judge/Jury. No Evidence. No Trial. Just Indefinite Sentence" Source: businessinsider.com/obama-ndaa-bil…
Read 107 tweets

Paul Schmehl @PaulSchmehl
Now that McCabe is toast. let’s see how the media tries to spin it. This is the OIG report that nails McCabe to the wall. Two counts of perjury under oath and two counts of lying to the FBI. static01.nyt.com/files/2018/us/…
Fox: “DOJ IG releases explosive report that led to firing of ex-FBI Deputy Director Andrew McCabe” foxnews.com/politics/2018/…
CBS: “DOJ Inspector General report on fired Andrew McCabe claims he "lacked candor” cbsnews.com/news/doj-ig-re… No mention of lying under oath
Read 27 tweets

Louise Mensch @LouiseMensch
Jeff Sessions had no choice in the matter of firing McCabe, because of the Inspector General's report.

I would caution everybody into reading too much into this. Russia wants @JeffSessions gone.
If Andy McCabe opened a criminal investigation into Jeff Sessions but Mueller told Sessions lawyer that it had been closed, it was closed ***for a reason*** folks. And the reason wasn't "McCabe got it wrong, Sessions was transparent with Congress"
Everybody stop and think for a moment.
Compartmentalization is real. @Comey compartmentalized like a champ. I don't think McCabe was read in on Sessions. Hence McCabe's opening of a probe, and its being closed again by Bobby III Sticks. SAIC Charlie Kable didn't open a probe :)
Read 5 tweets

axios.com/scoop-jeff-ses…
The dinner made headlines for 2 reasons: for appearing to show the top 3 DOJ official in an open display of unity against Trump and because it occurred on the same day as Trump tweeted an “attack” against Jeff Sessions

This followed a previous Trump tweet in another “attack” on Sessions a few days earlier - appearing to blame Sessions for the ongoing investigations into the Trump campaign’s alleged collusion with Russia in the 2016 election. 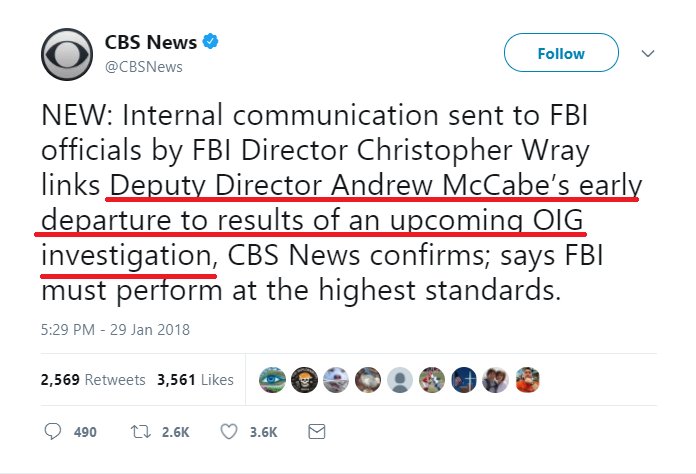 2) Guess who put McCabe on the IG's radar. 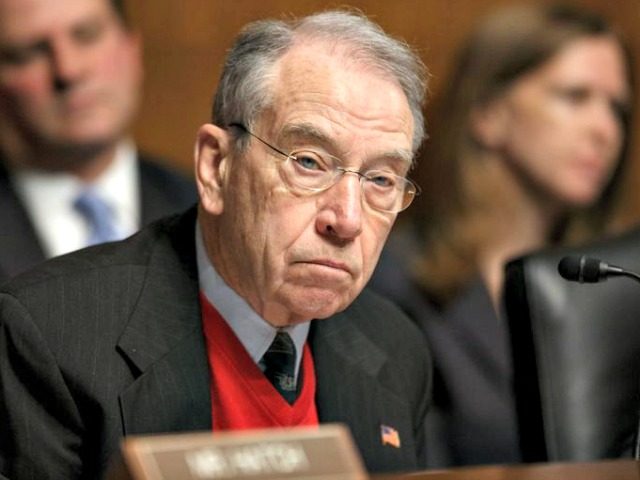 3) November 2nd, 2016 Chuck Grassley wrote the IG demanding an investigation into McCabe for conflict of interest. 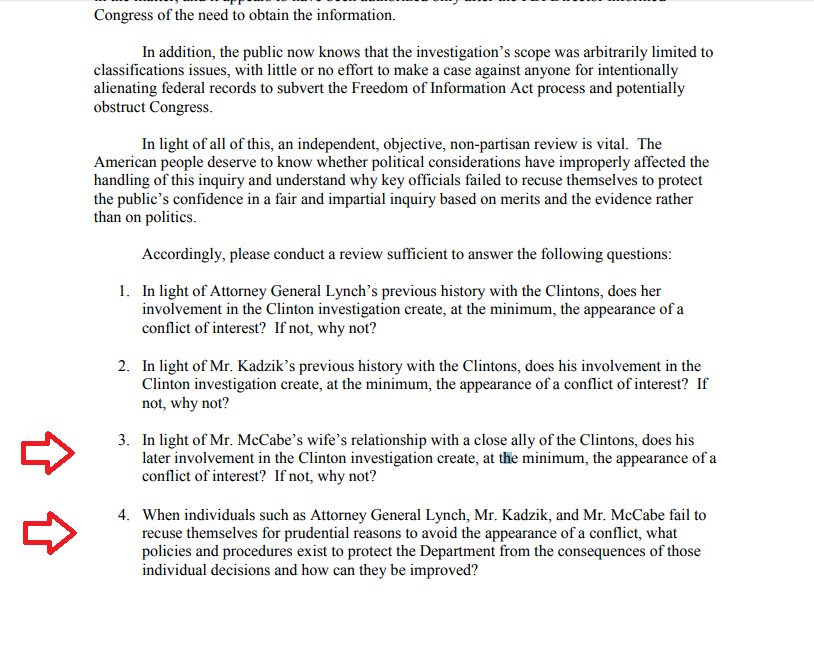