Discover and read the best of Twitter Threads about #PakistanArmy

Jamal Balóc
@Jam__Baloch
Dear @antonioguterres, Pakistan has never cared about #Afghan #refugees but has earned international support from their sufferings and the aid that gained was used to boost terrorism, these two pictures are clear messages.

Pakistan had a lot to weaponize Afghan Taliban but the Afghan refugees in #Balochistan seek food and education from trash, benefiting 0% from the aid provided by the @UN and international community to #Pakistan.

The presence of terrorist heads in Pakistan such as #OsamaBinLaden & Mulla Mansoor are enough to define Pakistan's role for peace in the region. The roots of terrorism in Afghanistan can be traced back to 1979, after Pakistan supported the Afghan Mujahiden #UNInterveneBalochistan
Read 5 tweets

Its not in the mainstream news
Sharda, Chalihana Athmuqam heavily pounded
Karen liberated
#BreakingNews Indian Army liberated Karen
Warned drivers on #NeelumValley road to stay away as pounding of terror camps has begun.

#BreakingNews LINE OF CONTROL IS SHIFTING

"They had instructions frm Tikka Khan tht a good Muslim will fight anybody except his father. So wht they had to do was to impregnate as many Bengali women as they cud. Tht was the theory behind it"
opinion.bdnews24.com/2010/12/15/197…

Why did they have to impregnate the women? Did they tell you?

"Yes, so there would be a whole generation of children in East Pakistan that would be born with the blood from the West. That’s what they said."
Rape was endemic in 1971 contrary to some contentions that it was isolated. Numbers were high & many were forced to get abortions. “It is difficult to put a figure in it. About 100 a day in Dhaka & in variable numbers in other towns & some would go to Calcutta (for abortions)”

Ninjamonkey
@Aryanwarlord
The plan to invade the Riyasat of #JammuAndKashmir wasn't born in #Lahore but in the residence of #Jinnah at #Aurangzeb road #NewDelhi . Here in the spring of 1947 Col. Akbar Khan & some #Muslim officers of the #British #Indian #Army hatched this plot .
#KashmirAccessionDay26Oct
It was only in October 1947 that Maj. Onkar Singh Kalkat of the Bannu Brigade #PakistanArmy who had not yet been repatriated to #India found files marked Operation Gulmarg Secret while looking for some other documents in the office of Brigadier Murray at NWFP.
Even though he was nearly arrested & sent to #Lahore , Maj.Onkar somehow made it out to #NewDelhi & told the #IndianArmy top brass about the file he had sern which detailed an invasion of #JammuKashmir by tribesmen. He wasn't taken seriously by the Brass .
Read 22 tweets

Salman made him Head
Houthi rebels attacked
Now 500 Saudis Killed, 1500 Captured, there were 12000, rest Ran away
Houthi rebels release video
HOUTHI REBELS ingressed in KSA territory of #Najran, ambushed 3 brigades i.e. approx 10,000 troops moving in armoured columns n forced them to surrender! Majority were from #PakistanArmy!
PAK GHQ has trained Saudis well 2 surrender
Watch them pakis & saudis do a surrender march
Poor @BBCWorld not able to digest the Humiliating surrender of its Saudi master who is one of its big contributor in fundings saying HOUTHI's are claiming to have captured..Dear BBC here is the proof above..Publish it if u have guts

Vin
@CVinJo
#ScaredGHQ
#ImranKhan must hv recvd report that #INSArihant has disappeared from its home base n not getting tracked as it is hibernating in operational mode! So the scary #AzadKashmir vomiting!
No future left for IK n GenB! Surrender Surrender Surrender!

#ScaredGHQ
#Balakot references by IK today r showing confusion in #PakistanArmy ldrshp. Also pointing towards its psychological impact. What do HE mean by more fearful attacks than earlier? Everyone knows Indians won't use IAF again! Then?
Raining fire from skies? But how?

IndoPacific_SCS_Info
@IndoPac_Info
#India: JeM terrorist group to launch attacks in Jammu & Kashmir on Eid: Top sources - Sources said #Pakistan’s Inter-Services Intelligence (ISI) has given a go ahead toJaish-e-Mohammed (JeM) to cause as many casualties as they can in J&K Via @Aryanaura
timesofindia.indiatimes.com/india/jem-to-l…
A seven-member Jaish-e-Mohammed (JeM) suicide squad has infiltrated into Jammu & Kashmir to perpetrate a massive terror attack on Eid or ahead of the Independence Day. Security officials suspect the terror group may attack a mosque so that Pakistan is able to blame on India.
Masood Azhar Resurfaces With Message Invoking Ghazwa-E-Hind, Kashmir Jihad Against ‘Modi And Rich Polytheists’ swarajyamag.com/insta/masood-a…
Read 16 tweets

2) To disapprove Indian move, #Pakistan would launch military campaign to express solidarity with #Kashmiri Awaam n their Azadi feelings.
In that case Indian leadership wud employ Never-Seen-Before military power to stun #GHQ n #ISI combo and geographical changes possible in Pak
3) If Pakistan opens military front in Kashmir against India to protest change of constitutional Status Quo in Kashmir, Indian wud deal disproportionate air/ land punch of its choice anywhere on Western border triggering Pakistan's disintegration from within in no time.
Read 10 tweets

IndoPacific_SCS_Info
@IndoPac_Info
#India #Pakistan: Unprecedented heavy shelling all along the Line of Control has been reported by many sources in the last few hours. The Pakistani side of the LoC has been cut off from the internet. Casualties reported. Not clear what the reason is for the flare up.
#India #Pakistan: 200Km area is seeing worst ever Artillery Duel post Balakot Airstrikes after Pakistani Army tried to aid Terrorist incursion in Indian Side

Rightist Singh
@RightistSingh
As cross border betwen #India #Pakistan firing has resulted into more casualties the retaliation from #IndianArmy and #BSF will soon be coming.

This #Thread will tell u what is the Pak Army doctrine and mindset behind it's suicidal mission. #GreenBook
1/n 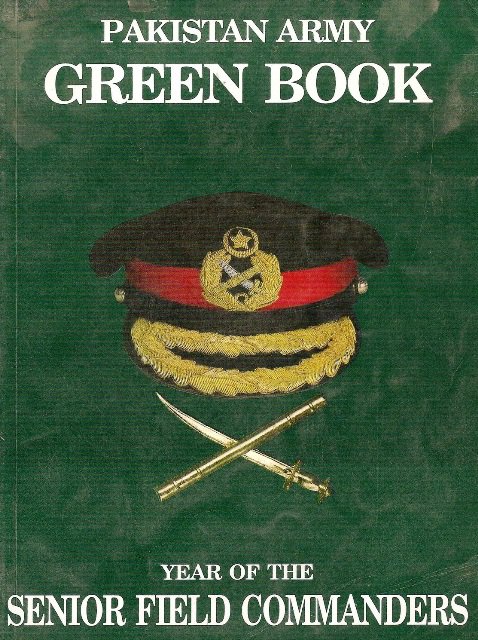 In 2013 itself The #GreenBook believes that there is an imminent possibility of India-US coming together. 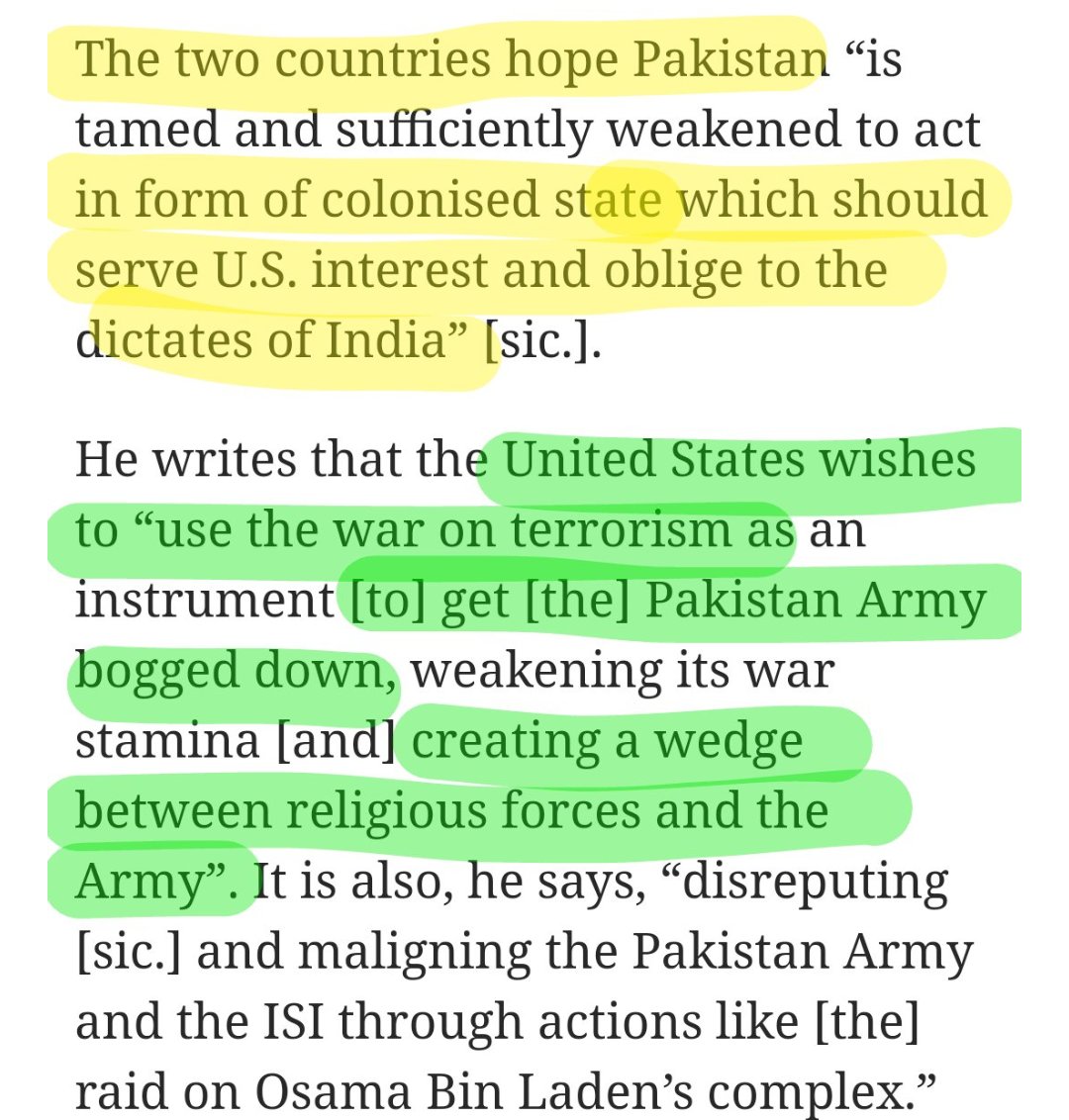 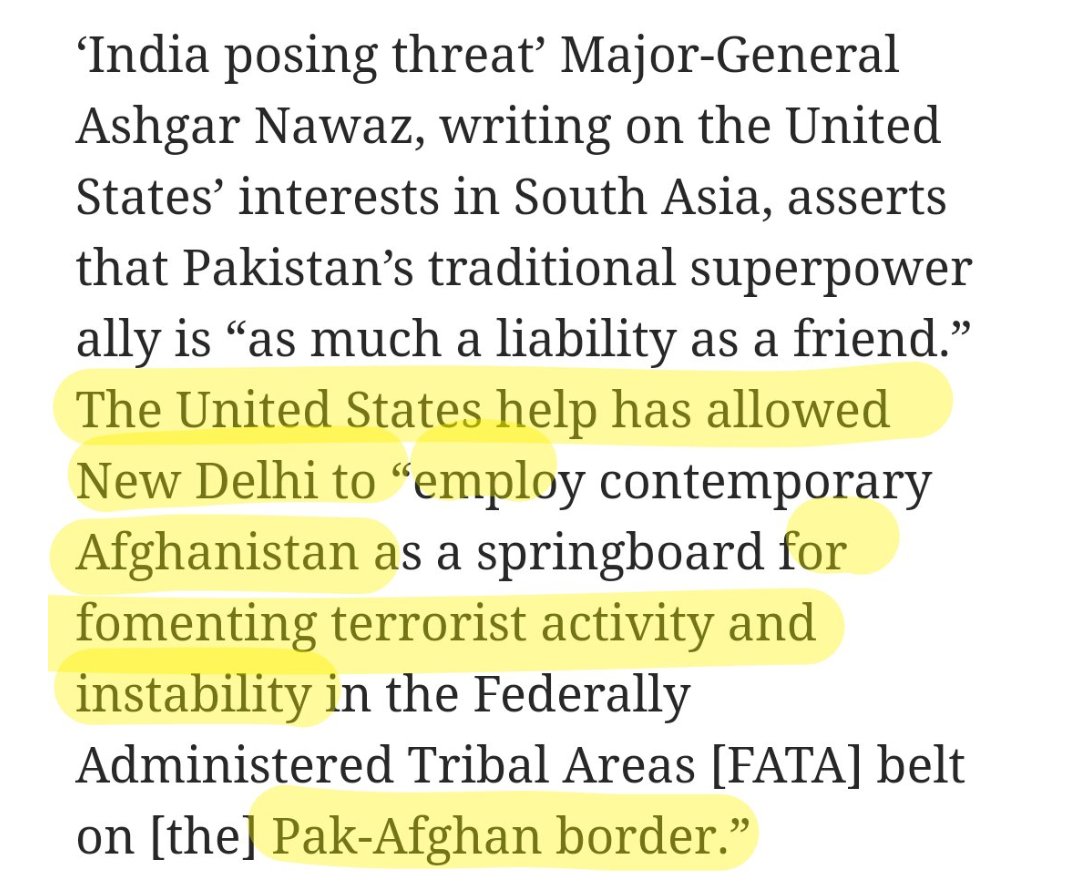