Discover and read the best of Twitter Threads about #shutitdown

We are shutting down all vehicle entrances to Raytheon's facility in Portsmouth, Rhode Island.

Two people have attached themselves to vehicles that are blocking the main entrance to the facility.

Raytheon is the largest producer of guided missles in the world and is the second largest military contractor. They have sold billions of dollars of weapons to both Israel and Saudi Arabia which have been used to kill civilians in Palestine and Yemen.
Raytheon sells billions of dollors of a wide variety of missles and other military equipment to Israel and Saudi Arabia, including missles for their F-16 fighter jets. Raytheon also produces Israel's "Iron Dome" defense system.
Read 30 tweets

Swan said later that something came up so it sopped the pardons.

Cool way to defend your sourcing even when the source knew little and made stuff up.

112/ @maggieNYT is “confirming what @JDiamond1 saw that Sidney Powell was” at the WH.

Diamond saw it. Dod Maggie check his eyeballs feed to confirm that he saw what he says he saw? Odd.

Also, why did none of Maggie’s Trump/WH sources tip her off about this in advance?

113/ Here, @kaitlancollins has a quote from a “senior” WH official not happy with Trump folding on the $2K relief request.

It’s a narrative-confirming quote that changes nothing and makes sense to reflect the opinion of some WH staff so this quote is as good as being made up.

KC Tenants
@KCTenants
Good morning KC ☀️ RIGHT NOW we are having our monthly meeting with @QuintonLucasKC. Our goal for this meeting is to flex how much PEOPLE POWER we have built since March 💪 and talk about what co-governance can look like

Our leader Steven is recapping our amazing actions this year:
💥I-70 action calling for our governments to #CancelRent
💥 Marching in solidarity with #BlackLivesMatter
💥 Following the leadership of our Black comrades to demand #DefundThePolice
💥 Chaining ourselves to the Jackson County Courthouse doors to end evictions and our virtual disruptions
* Judges pushed their hearings until NEXT YEAR because of our work *
Read 26 tweets

AntiFascistAmy 🏴 CONGRESS IS KILLING US* 🏴
@CraftACrazyLife
just saw a tweet that was advertising support for LyinBiden and Harris, with the statement that they just want normal again..normal is bs..no such thing..those of us who werent getting by an not doing ok in past administrations, are going to continue to suffer and struggle (1)
under another corporatist..normal that you refer to is keeping people homeless and in poverty..stop the bs! We need real change and that means not voting for the same damn profit whores that we've had before..more of the same doesnt work..its criminal..Corruption and (2)
capitalism are killing a growing number of us..we're done with that, we've had enough..#ShutItDown @threadreaderapp unroll
Read 3 tweets

AntiFascistAmy 🏴 CONGRESS IS KILLING US* 🏴
@CraftACrazyLife
The niceness has worn out..this country is in a serious crisis, with the after effects of an ongoing pandemic and the inaction of a wealthy congress who cant do their damn jobs, resulting in waves of foreclosures and evictions, unemployment and poverty..If helping those impacted
isnt a priority and your priviledged enough to be doing well enough that you can preach about the damn election and voting while a growing number of us are trying to survive, you're a serious piece of work..shame! Each and every one of us needs to be out on the street, trying to
stop the landlords and lenders from filing the evictions and foreclosures, being loud and protesting in our cities, writing and calling our state reps and members of congress..inaction is approval #ShutItDown #Strike4ThePeopleNOW #DirectAction @threadreaderapp unroll
Read 3 tweets

Asra Q. Nomani
@AsraNomani
Too many ignore "Guidelines." Poor @LouisianaLtGov @BillyNungesser is distraught. In @JewishJournal, @orlipeter tells me why some people won't see danger. And @yaneerbaryam lays out the path to save lives: #lockdownAmerica. Please tell @realDonaldTrump & governors to #shutitdown.
I didn't mean to have the flashes of pink in the video but if they help wake anyone up, flash away.
Urge @realDonaldTrump @VP governors: states must #lockdownAmerica.

I saw this Army enlistee hit up a girl on the steps of Lincoln before returning to his barracks, as tourist PA family pushed stroller.

We need #TestAndTrace 🐇
@Noahpinion
1/A lot of people, especially certain Wall St. people but also Trump and some local leaders, have depicted us as having a choice between human suffering and economic pain.

Here's why they have it exactly backward, and why shutdowns help the economy.

bloomberg.com/opinion/articl…
2/AS my colleague @skominers reports, new research on the history of the Spanish Flu -- our last really big pandemic, a century ago -- shows that shutdowns RAISE long-term economic growth in the face of a pandemic.

3/Once again: Cities that did shutdowns earlier and more aggressively had HIGHER employment levels after the end of the pandemic.

We need #TestAndTrace 🐇
@Noahpinion
If coronavirus kills as big a % of the American population as the Spanish Flu did, that will be ~1,635,000 people.

Assuming a 4% case fatality rate (from hospitals being overwhelmed), that would mean ~40.8M cases.

At recent rates of growth we'd reach that in 27 days.
So, governors and mayors (and Trump), I suggest we SHUT IT ALL DOWN everywhere, right now, and keep it shut down for a while.

#ShutItDown
Keep in mind: This isn't a prediction, it's just an illustration of how fast things are moving...
Read 6 tweets

We need 130k tests a day 🐇
@Noahpinion
This website will show you a worst-case scenario for what will happen to your state if you don't #ShutItDown.

If you haven't #ShutItDown already, there is zero time to lose. Do it now!!

The site is endorsed by a number of infectious disease experts, so this isn't just some data scientist's back-of-the-envelope guess.

Step 1: #ShutItDown and do social distancing while we ramp up testing

Step 3: Treatment + Vaccine
For this to work...

1. Basically all states must #ShutItDown

2. People have to be educated in social distancing and have to care enough to do it

3. We have to loosen testing criteria as tests become available

4. We have to do aggressive contact tracking and preemptive testing
Right now we are in the #ShutItDown/social-distancing/test-ramp-up phase.

So keep yelling at recalcitrant leaders to #ShutItDown, and keep telling everyone to do social distancing.

Then in a month or two we'll see where we are!

worldometers.info/coronavirus/co…
2/Recent models suggest the true number of cases is 10x-20x higher than the confirmed cases, so let's say we have 50k-100k actual cases in the country. 100k to be on the safe side.

3/Now, the confirmed case number has been doubling every 3 days. But studies suggest the true doubling rate is more like 6 days. So if these trends continue, the ratio of confirmed cases to true cases is cut in half every 6 days or so.
Read 12 tweets

We need 70k tests a day
@Noahpinion
We should tweet about every single shutdown that happens. Make it clear it's a wave, and that every state and city that hasn't followed suit is falling behind.
Also we should start including the hashtag #ShutItDown every time.
Read 3 tweets

Lisa Sharon Harper
@lisasharper
I’ve waited till I was sure of who I would #endorse for President. I just heard the last piece of input I need.

With joy and conviction, I ENDORSE @ewarren FOR PRESIDENT! #ImWithHer

elizabethwarren.com/?mkwid=slPlgDl…
I remember the first time I heard @ewarren speak. She was running for Senate for first time. She waged fight that gained national attention bc, not only was she sharp as a tack, but she made us believe another way of living together was possible! 2/ #ElizabethWarren2020
As soon as @ewarren entered the Senate she was tasked to lead the effort to protect consumers from the predatory lending that led to the housing crisis! Black families were the hardest hit by economic corruption! Warren #shutitdown! #ElizabethWarren2020 3/
vox.com/policy-and-pol…
Read 11 tweets

Dr. Goddess in Ghana, from Theeee Black Bottom
@drgoddess
Twitter Family, I had a wonderful, peaceful trip with Black American women to Ghana, followed by a productive, solo artist retreat, only to return to the USA and see two Black women in my city of #Pittsburgh being brutally beaten by FOUR MEN @ExxonMobil! facebook.com/Bherring1430/v…
We are still gathering the facts; but based on what has been reported so far, one woman pumped $17 worth of gas⛽️ but noticed the pump was leaking. She went inside the @exxonmobil (at 2501 Brighton Street, 15212), to report it and was rudely dismissed by employees. #Pittsburgh
An employee claimed the woman had not paid. The situation at the @exxonmobil turned violent and at least four men of apparently foreign origin, are viciously beating two Black American women in the head, slamming and hitting them on the ground, etc. Completely unacceptable!
Read 18 tweets

Lisa Sharon Harper
@lisasharper
1. FACT CHECK: Dreamers DID NOT break the law. They were brought here BY THEIR PARENTS as children. They are not responsible and should not be penalized for someone else’s wrong. #basicethics #nosoullesspolitics #TruthMatters #DreamActNow

I get it. We must try to avoid a government shut down. But hear me out — what happens this week will reflect who we are as a country. So if the Republican budget plan does not include funding for these fundamental issues then you must... #ShutItDown. 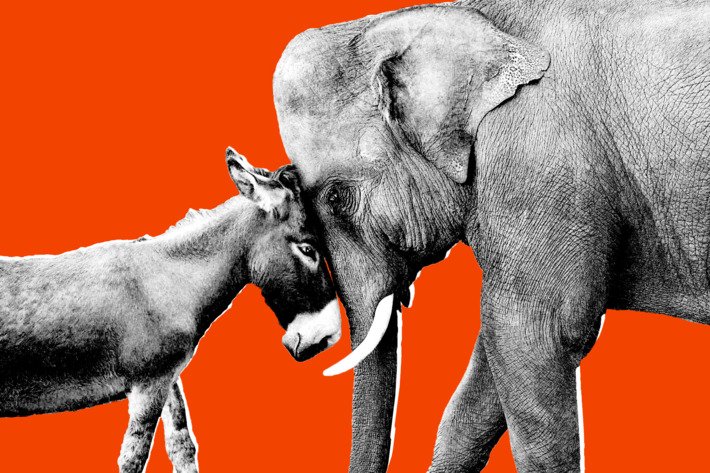 Take care of our kids! If the Republican budget fails 9 million children by not funding their healthcare through #CHIP then you must... #ShutItDown.

“Any society which does not care for its children is no nation at all.” -Nelson Mandela 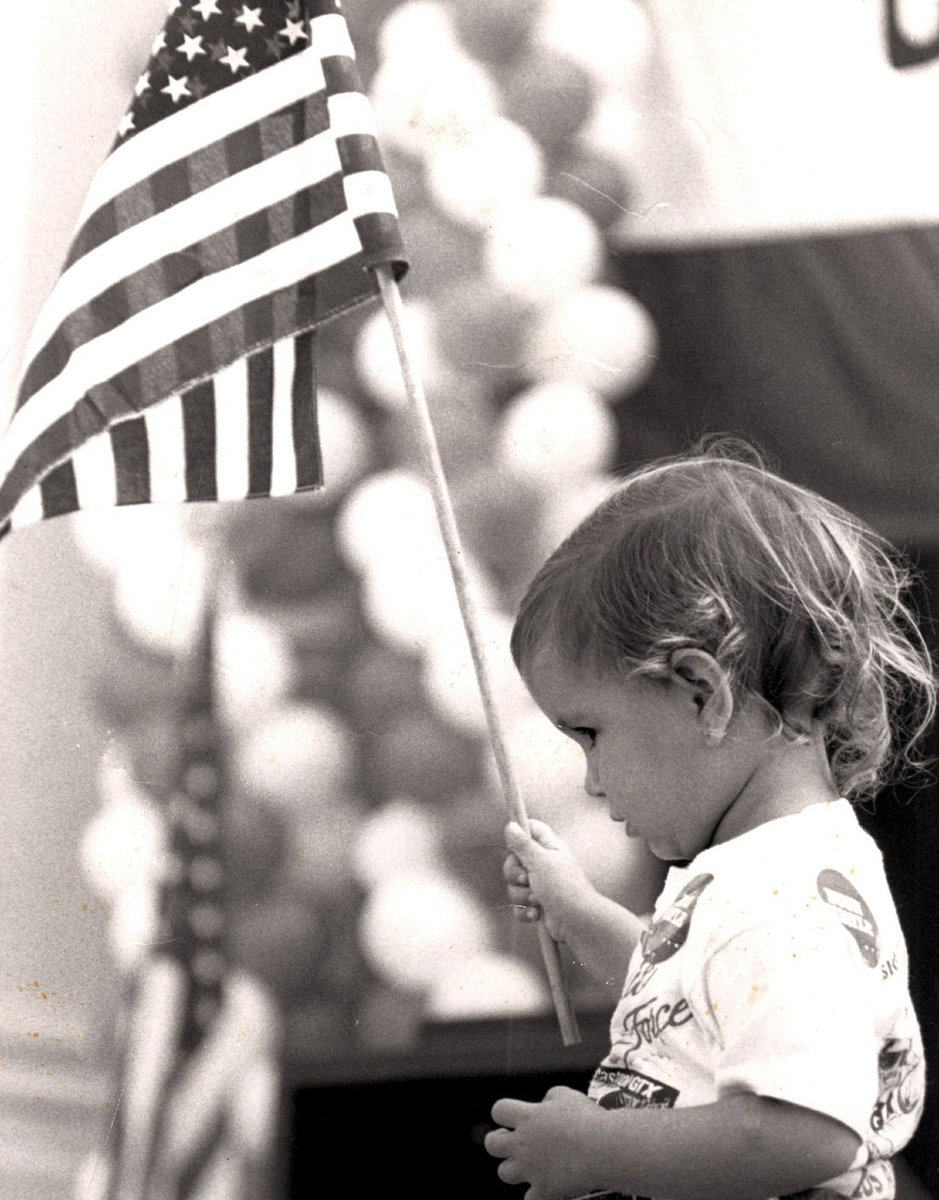 Protect #Dreamers! If the Republican budget doesn’t protect the 800k #DACA recipients then you must...#ShutItDown

“Our attitude towards immigration reflects our faith in the American ideal. Neither race nor place of birth should affect their chances.” -Robert F. Kennedy 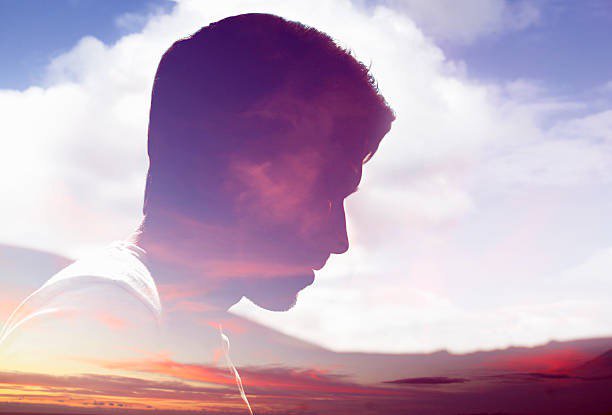