Discover and read the best of Twitter Threads about #ERANow

O.W.L.s 🏳️‍🌈
@LesbianOwl33
I will not support these orgs like Amnesty, UN Women & NOW that claim to speak for us but have #DroppedWomen from their focus. This #InternationalWomensDay I will celebrate those who stand up and fight back! List to follow. >>

> But first I celebrate my mother, one of a kind. She bore me -- along with so many burdens. She gave me life & she gave me tennis lessons when I was in awe of @Martina & just coming out. She eventually accepted my #lesbian life & she died very too young. I miss her. #IWD2020 >
> There are too many women to thank here. Maybe I'll add to this thread all year. Because I appreciate women every single day. We're all fighters. We're all amazing. With respect, #WomenOfTheYear @selina_todd @MForstater @jk_rowling @sueevansprotect @BluskyeAllison @Mason134211f
Read 7 tweets

Kate "Ratify the ERA" Kelly
@Kate_Kelly_Esq
A Utah Rep. sent these arguments to a constituent abt why he DOES NOT support the ERA.

"Thank you for reaching out. I absolutely support the protection of women's rights. My biggest concern w the ERA is the unintended impact it can have on women, such as:"
"Women may no longer receive special accommodations in the workplace."

Women do NOT receive special accommodations in the workplace just because they’re women. If anything it's the opposite.

If we have medical needs, we are treated as others with medical needs are treated.
"Stay-at-home mothers may not receive social security benefits based on their spouse's income."

Social security has been gender inclusive for surviving spouses since a legal challenge in 1975. This is an outdated concern from the early 1970s.
Read 15 tweets

Kate "Ratify the ERA" Kelly
@Kate_Kelly_Esq
The most common "argument" I see against the Equal Rights Amendment is some version of:

The opposition to #ERANow has gotten more sophisticated since all of their culture-war arguments are now moot.

🧵
They used to use scare-tactics abt women being dragged out of their homes to serve in the military, or talk abt the Boogeyman of gay marriage— but, women now serve at the military at all levels & gay marriage ✔️

All they have left is to try & convince us we DON'T NEED IT.
But, if the #ERA would add absolutely no new constitutional protections & would essentially just be symbolic— why would they oppose something they think is truly toothless/ useless?

*whispers: they don't actually think that, they know it has power*
Read 15 tweets

Democrats lead with compassion. That’s where our policies start. That is our compass. In my remarks to the crowd, I told a story I had never publicly told before.

Last October, I was sitting in court with my client, a large, burly man from El Salvador.
He had a bright, cheery-eyed daughter, no more than 7. We'd just finished our asylum trial. I looked over to him, and saw him tear up. He turned to me quizzically.

I figured he would ask about his appeal rights, or some procedural question. But I’ll never forget what he said.
Read 8 tweets

Brandi Buchman
@BBuchman_CNS
Good evening! I will begin live-tweeting the #DemDebate2020 at 9PM ET for @CourthouseNews but in the meantime, let's go over some policy points for each of tonight's contenders.
Tonight’s candidates on the debate stage are: @JoeBiden, @BernieSanders, @KamalaHarris, @PeteButtigieg, @MichaelBennet, @SenGillibrand (Kirsten Gillibrand), John @Hickenlooper, @ericswalwell, @Marwilliamson (Marianne Williamson) and @Andrew Yang.
But first, we'll revisit rules quickly: recall, candidates have 60 seconds to respond, 30 seconds for follow-ups. There will be no opening remarks to save time but closing remarks will be delivered by each.
Read 193 tweets

#ERANow
I don’t have equal rights under the Constitution. But today, with brave members of Congress and with the blood, passion and decades of hard work of women and allies behind them, the House of Representatives took an important step to change that.
It is time for the Constitution to reflect the powerful principles of its first three words:
“We the people.”
Not “We the Men”
We. The. People.
Read 11 tweets

Me: Raised by a single mom.
Related to & friends with others.
Maybe they can't count on the father but they should AT LEAST have pay equity.

@KenPlume, @cposnarky, @ikpanderson
Don't @ me with "Not all." I get it.
I've seen fathers step up.
And uncles.
I'm saying, I've seen what happens when Dads DON'T show.
And when women aren't paid their fair share atop that?
Unfair. Cruel.
I can't control courts or conscience.
We can take a stand with #ERANow.
Huh.
Maybe I'm a little more pissed off about it than I thought I was.
Read 3 tweets

Here's why all lawyers➕lawmakers➕everyday Americans should care abt #ERANow & why arguments v #ERA are 🗑️ (a thread):

We are FINALLY only ONE STATE away from actually ratifying this sucker & getting equality on the basis of sex into the Constitution! WE ARE SO VERY CLOSE & everyone should care! Changing our Constitution is one of the most difficult processes in the world.

ONE MORE STATE TO GO!

2/ LAWYERS should care about the #ERA bc the 1st section of the amendment will be used to litigate cases abt discrimination on the basis of sex.

The ABA (the largest bar association in the US) actively supports ratification of the #ERA: abajournal.com/news/article/e…
Read 38 tweets

Rep. Carolyn B. Maloney
@CarolynBMaloney
1/ Once we have climate change under control, we'll have a truly #HappyEarthDay. Until then...
2/ I’m taking #EarthDay as a chance to reflect on my efforts to fight climate change and assess my action going forward. I’m a big believer in women being assertive and speaking out about our accomplishments. We don't do it enough. #ERANow
3/ Here's a list about my efforts on behalf of the planet - and my plans for the future. TY to the people of my district, #NY12, for letting me fight for the #environment on their behalf. #ERANow #CelebrateWomen #HappyEarthDay

Who's ready to do the right thing?

Sue #̾A̾b̾o̾l̾i̾s̾h̾I̾C̾E̾ Gibson
@SheWho_Resists
#Missouri #SCR7 being presented by Senator @JillSchupp in #moleg Senate Rules Committee #ERA #ERANOW Rowden Bernskoetter, Hegeman, Schatz present, from what I can tell.
Lots of hands go up to testify in favor. Fewer will testify opposed.
#SCR7 #moleg
Schatz inquires about the impact of the original #ERA deadline.
Jason Holsman, who has sponsored ERA in 2013 or 2014 is now present. #ERANOW #MOLEG #SCR7
Read 15 tweets

Below Are The Many Ways To Help The #ERAyesAZ Efforts

We have until April to #RatifyTheERA in Az, good news is we have the votes, all we need is YOU!

This thread will go over how anybody can help this effort, from anywhere in the nation

There is a huge 3 day hike in Phx spanning #38Miles, in honor of Alice Paul & her band of suffragists who hiked for equality back in 1913

Women from all over the country will be attending

If you cannot attend the #38Miles march, you can sponsor someone!

With your donation of $1 per mile ($38), you will recieve a sash handmade by the volunteers at @erataskforceaz

Please remember to include your name & address in the PayPal notes at erataskforceaz.com

Hassan Ahmad 🇺🇸
@HMAesq
The @vahousegop just killed the floor vote, and hence the #ERA, blocking Virginia from becoming the 38th and final state to ratify it and make gender equality part of the US Constitution.

166 million women are affected by the VA GOP's action this morning.

(Thread)
I spoke to a voter yesterday who told me, "We keep voting against people, but we never vote for the people."

His words will stick with me. If an elected official can't act in the interest of 50.8% of the population, that official is not acting for the people.
Here in Virginia, we've gotten it wrong for a long time.

Maybe you think women already have equal rights. What rights are missing? What can't a woman do in the US? We're much better off than women in other countries that have equality in the Constitution.

Why do we need the ERA?
First, I'm a man. I'm also running for office in Virginia, a state poised to be the 38th and final state to ratify this amendment and make it a part of the Constitution. I'm also a lawyer, and a huge fan of equality.

I read @JessicaNeuwirth's book "Equal Means Equal."
As a man I'm ashamed I only recently became aware of this struggle which is nearly 100 years old. That as a law student, I ignored the feeling when I first read that sex-based classifications weren't entitled to the strict spotlight reserved for race-based classifications.
Read 15 tweets

Rep. Tulsi Gabbard
@TulsiPress
It's been nearly 100 years since women fought for and won the right to vote. Yet, we still do not have equal rights and protection under the United States Constitution.
There are too many examples in our everyday lives where women still do not get equal pay for equal work and where we still face discrimination simply for being a woman.
In 1923, the ERA was introduced to prohibit discrimination on the basis of sex, and was reintroduced every session until it finally passed in 1972. However, because of an arbitrary deadline in 1982, by that time, only 35 states out of the required 38 had ratified the amendment.
Read 5 tweets

Alyssa Milano
@Alyssa_Milano
For those of you saying, “Shut up, Alyssa! You couldn’t be any more of an idiot. Women already have equal rights.”

This thread is for you, delightful people.

The ERA is a Constitutional amendment which would prohibit denying or abridging equal rights under law by the United States or any state on account of sex. #ERANow
It would make sex a suspect category subject to strict judicial scrutiny, clarifying the legal status of sex discrimination for the courts. This would prohibit sexual discrimination in the same way we have done on the basis of race, religion, and national origin. #ERANow
Read 15 tweets

Alyssa Milano
@Alyssa_Milano
Did you know women are not guaranteed equal justice under the law of our Constitution? True story. That’s why in 1923 the Equal Rights Amendment was introduced in congress. 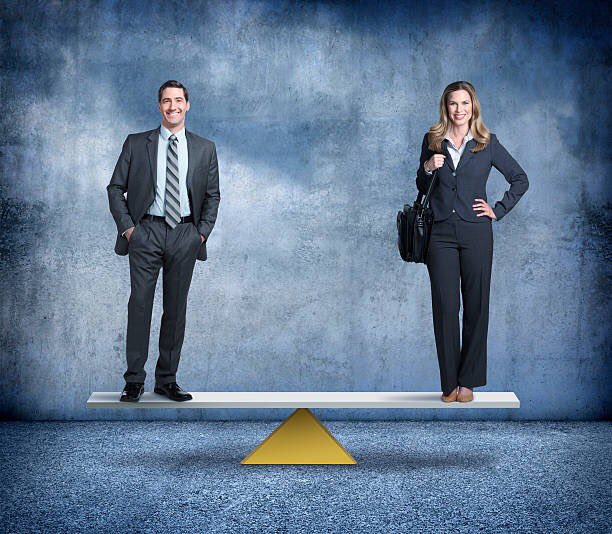 "Equality of rights under the law shall not be denied or abridged by the United States or by any state on account of sex.” 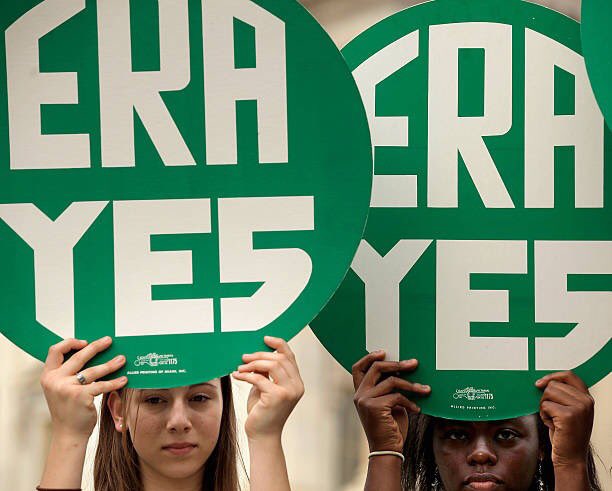 The Equal Rights Amendment proposes an amendment to the US Constitution guaranteeing equal rights for all citizens regardless of sex. Equal means equal. 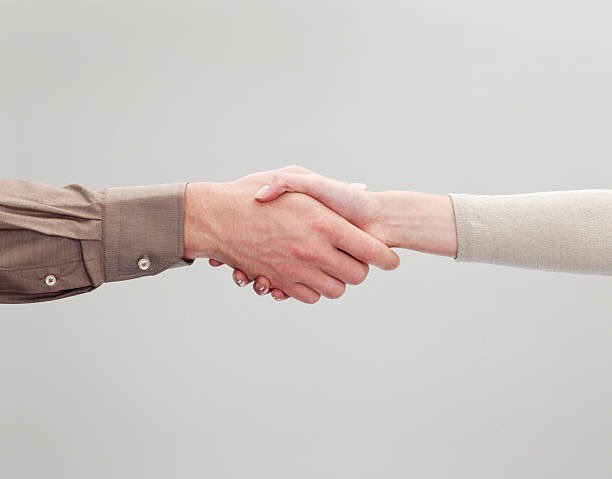