Discover and read the best of Twitter Threads about #unmasking

alyssa "rhodesia fan" vinsonhaler of #PatriotPrayer infamy is also excited about @tedwheeler's statements from today. in the quoted tweet below, you can see her with lilith "drakken" saer - a neo-nazi who forced her way into the US capitol on january 6.

foxnews.com/politics/decla…
Here is what’s been #declassified in 2020:
#unmasking doc, #SusanRice email, info about #SteeleDossier ,@JohnBrennan notes, #flynn #kislyak transcripts, house intel testimony where officials said they had no “empirical evidence”of trump collision & more
foxnews.com/politics/decla…
In May, then-acting DNI @RichardGrenell declassified 6,000 pages of transcripts of interviews from @HouseIntel #Russia probe, where officials acknowledged they had no “empirical evidence” of #collusion or a #conspiracy between the @realDonaldTrump campaign& #Russia in 2016
Read 5 tweets

Brooke Singman
@BrookeSingman
NEW: Senate Homeland Security Committee subpoenaed Cambridge Professor Stefan Halper as part of probe into origins of #CrossfireHurricane. Halper has been long reported as an #FBI informant, including during 2016, when he made contacts w/ @carterwpage @GeorgePapa19

NEW:Halper is compelled to produce all records related to FBI's #CrossfireHurricane probe; DOJ IG's review of that investigation;& the #unmasking of US "persons or entities affiliated, formally or informally, with the Trump campaign,Trump transition, or Trump administration.”
NEW: Halper is required to produce those documents to @SenRonJohnson committee on October 14 at 5:00pm.
Read 4 tweets

Brooke Singman
@BrookeSingman
NEW: Senate Homeland Security Committee authorized, on an 8-6 vote, @SenRonJohnson to send subpoenas to @FBI, @StateDept, @ODNIgov for #Russia probe docs, #Steele #Dossier & testimony from @Comey @JohnBrennan @SamanthaJPower @AmbassadorRice Sidney Blumenthal, James Clapper &more
NEW: subpoenas to the @FBI for the production of all records related to the #crossfireHurricane investigation & "all records provided or made available to @TheJusticeDept inspector general for its #FISA review
NEW: subpoenas to the @StateDept for all records related to meetings or communications between State Dept. officials or employees w/ #ChristopherSteele #Dossier
Read 5 tweets

Here’s why. As in .@GenFlynn case, @CIA leadership & Italian gov (not Italian intel) feared publication of exculpatory evidence withheld during #milanrendition trial
3. During 2006 investigation stage the Italian Gov & Italian prosecutor “agreed” on masking of senior CIA HQS officers (authorized rendition) whose IDs were disclosed in testimony of Italian who had flipped. (translated from Italian court doc)

Mark S. Zaid
@MarkSZaidEsq
But @RichardGrenell clearly states names of senior officials who requested #unmasking does not jeopardize sources or methods. We filed #FOIA requests today for @JMadisonProject & @joshgerstein for all officials' names from 2016 to now who requested unmaskings. In 10 days we sue.

There was nothing to unmask!
washingtonpost.com/national-secur…
2. WaPo also undercuts attempt by National Review's Andy McCarthy to revive #Obamagate.

McCarthy's made up theory: CIA not FBI intercepted Flynn-Kislyak call.

WaPo: "It was the FBI...that wiretapped Kislyak’s calls and created the summary and transcript"

cc: @AshaRangappa_
3. This should help put nail in #unmasking brouhaha:

"When the FBI circulated [report], they included Flynn’s name from the beginning…There were therefore no requests for the unmasking of that information"

1. Larger point: McCarthy now admits NSA #unmasking list has NOTHING to do with Kislyak-Flynn call.

2. Smaller point: McCarthy overlooks Flynn 302 which points to Kislyak being in DC

"It appears that not a single listed unmasking [in NSA list] pertains to the December 29 Kislyak call."

Grenell's #UnmaskingFlynn list was a propaganda ruse.
3. One more on the smaller point:

"The calls were picked up as part of routine electronic surveillance of Russian officials and agents in the United States, which is one of the FBI’s responsibilities, according to the U.S. officials."

Julie Kelly
@julie_kelly2
Obama told Sally Yates about the Flynn-Kislyak call during an Oval Office meeting on January 5, 2017. Thanks to #Unmasking declass by Grenell today, we know that Denis McDonough, Obama’s chief of staff, made an unmasking request of Flynn that same day: amgreatness.com/2020/05/13/oba…
“There are no other unmasking requests between Flynn’s call on December 29, 2016 and the January 5, 2017 meeting.

But that might not have been the only leak tied to McDonough. Mary McCord testified that ‘in theory’ the leak to the Wash Post came from the Obama White House.”
The illegal leaker of the Flynn call to David Ignatius has never been charged. Could it have been McDonough?
amgreatness.com/2020/05/13/oba…
Read 3 tweets

Brooke Singman
@BrookeSingman
NEW: DOJ has been reviewing the #unmasking of US officials as part of its broader review of the origins of the Trump #Russia investigation
foxnews.com/politics/justi…
NEW: DOJ official told Fox News that DOJ is now taking a look at #unmasking files that acting Director of National Intelligence Ric Grenell delivered to the DOJ last week @RichardGrenell
NEW: The DOJ official told Fox News that the Justice Department currently has no plans to release that list of names. @JakeBGibson
Read 4 tweets

Brooke Singman
@BrookeSingman
NEW: Sources confirm to Fox News that acting Director of National Intelligence Ric Grenell has declassified the names of Obama officials behind the #Unmasking of #MichaelFlynn

Sources say documents related to that process are expected to be released soon
Sources tell Fox News that the documents, when released, will be released by the @TheJusticeDept, not ODNI.
The reason for that, per colleague @GillianHTurner:
The intel community has no authority over its own information when it comes to releasing to the public. Any US government intel the is released to the public lawfully must first undergo review either by POTUS or DOJ
Read 3 tweets

In a newly unredacted footnote from the @JusticeOIG #IGReport on #FISAabuse, the urgency behind the @FBI obtaining a #FISA warrant on Trump campaign adviser @CarterWPage becomes clear. (Thread👇) theepochtimes.com/declassificati…
In the #IGReport, #Horowitz detailed a last-minute flurry of activity that transpired ahead of the issuance of the @CarterWPage #FISA, including a possible intervention from then-Deputy @FBI Director McCabe, to push a seemingly reluctant #DOJ official, Stuart Evans, for approval.

“Footnote 276” was initially redacted in the #IGReport, but was declassified, among other footnotes, following a request from @SenRonJohnson and @ChuckGrassley.

In the declassified footnote, IG #Horowitz elaborated on the urgency behind #LisaPage’s communications with #McCabe:

Exculpatory: A description of evidence in a criminal trial that serves to justify, excuse, or introduce a reasonable doubt about the defendant's alleged actions or intentions

Consider the highlighted portions of what his attorney says specifically

“If he goes on trial, everyone he’s been in contact with will ultimately be fair game” 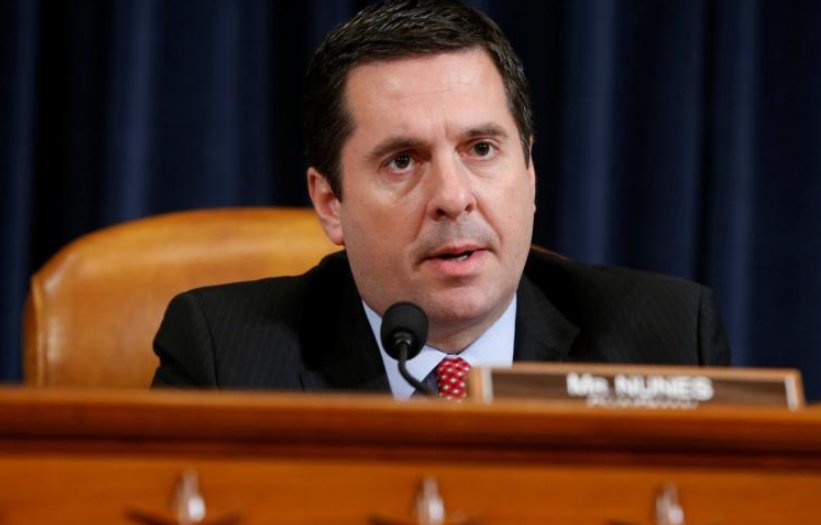 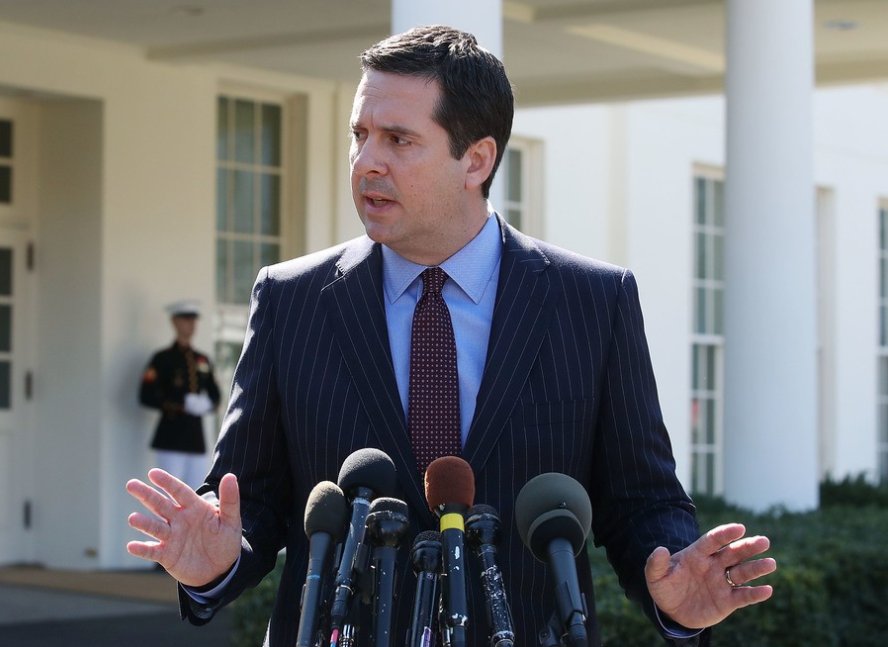 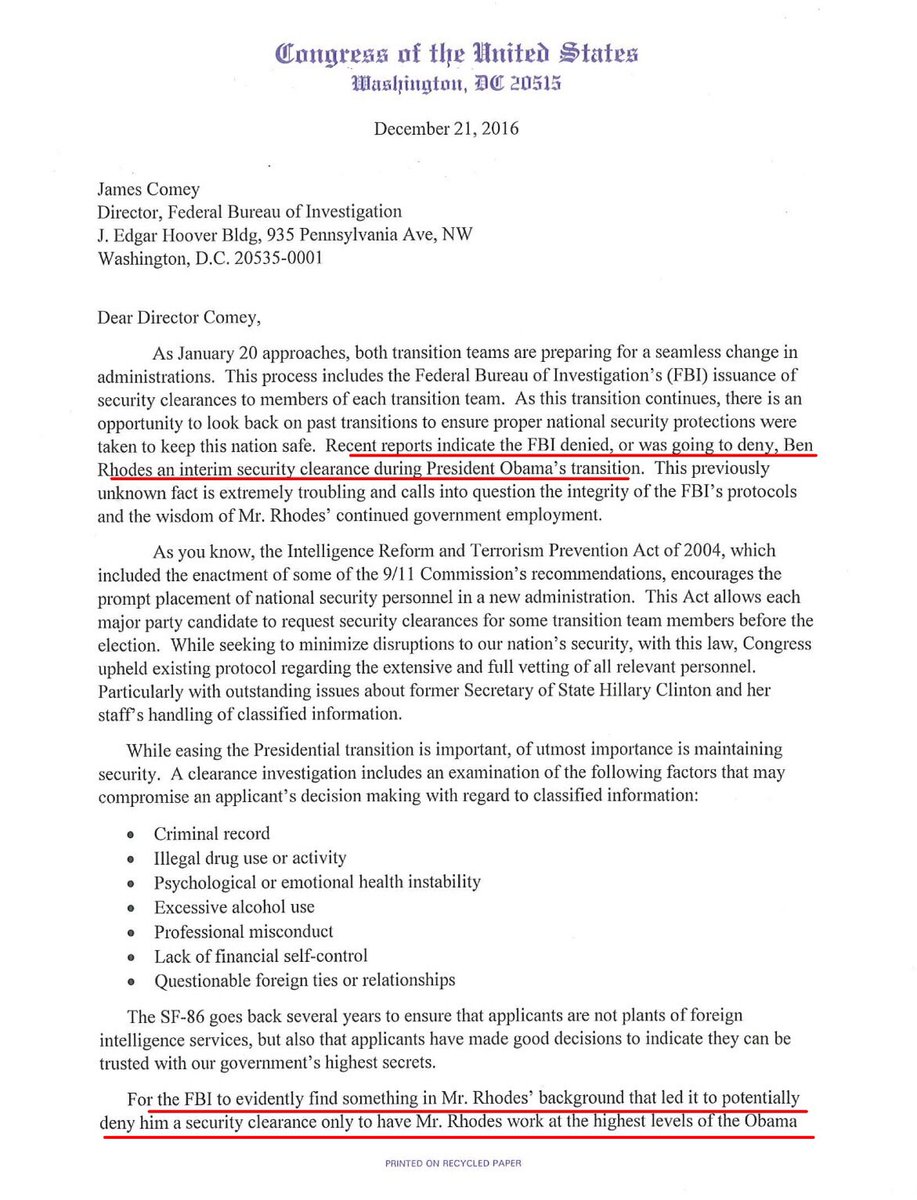 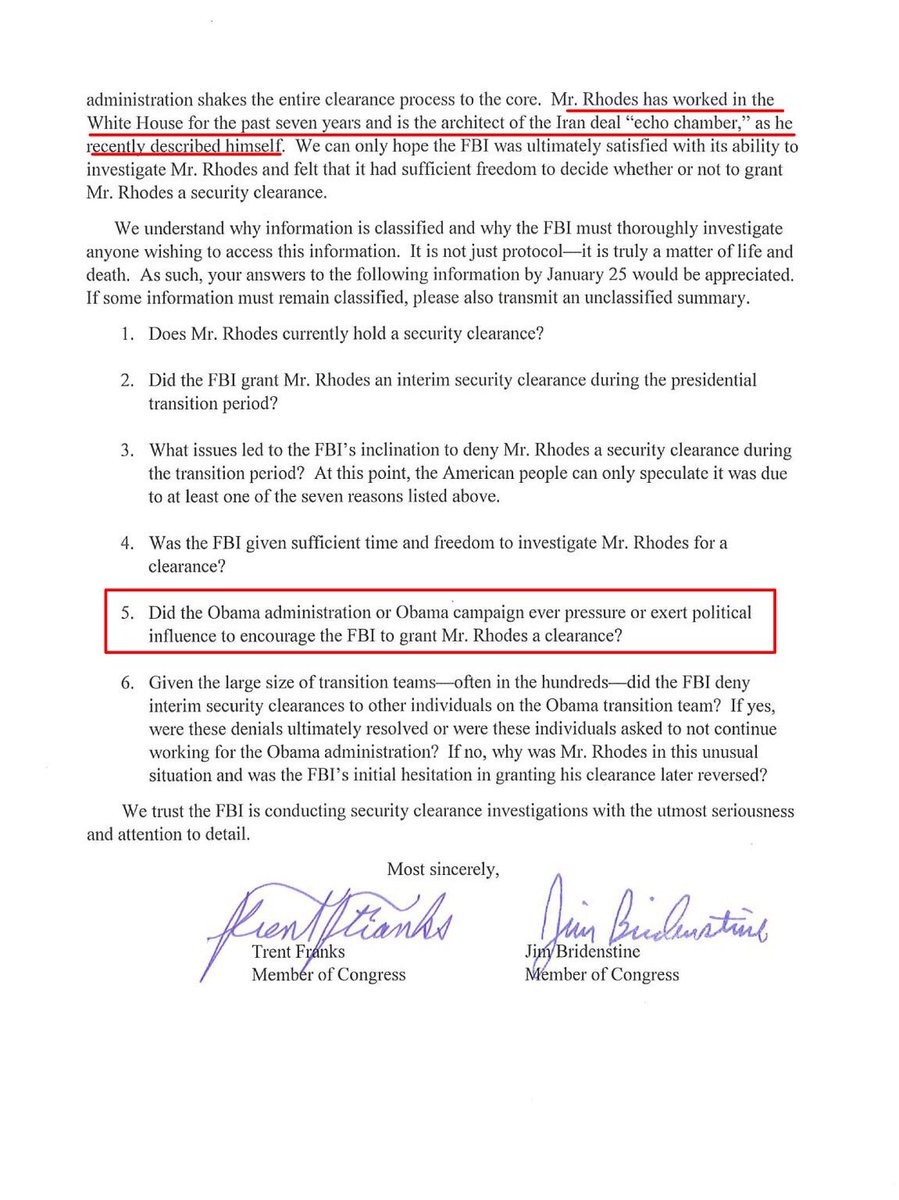 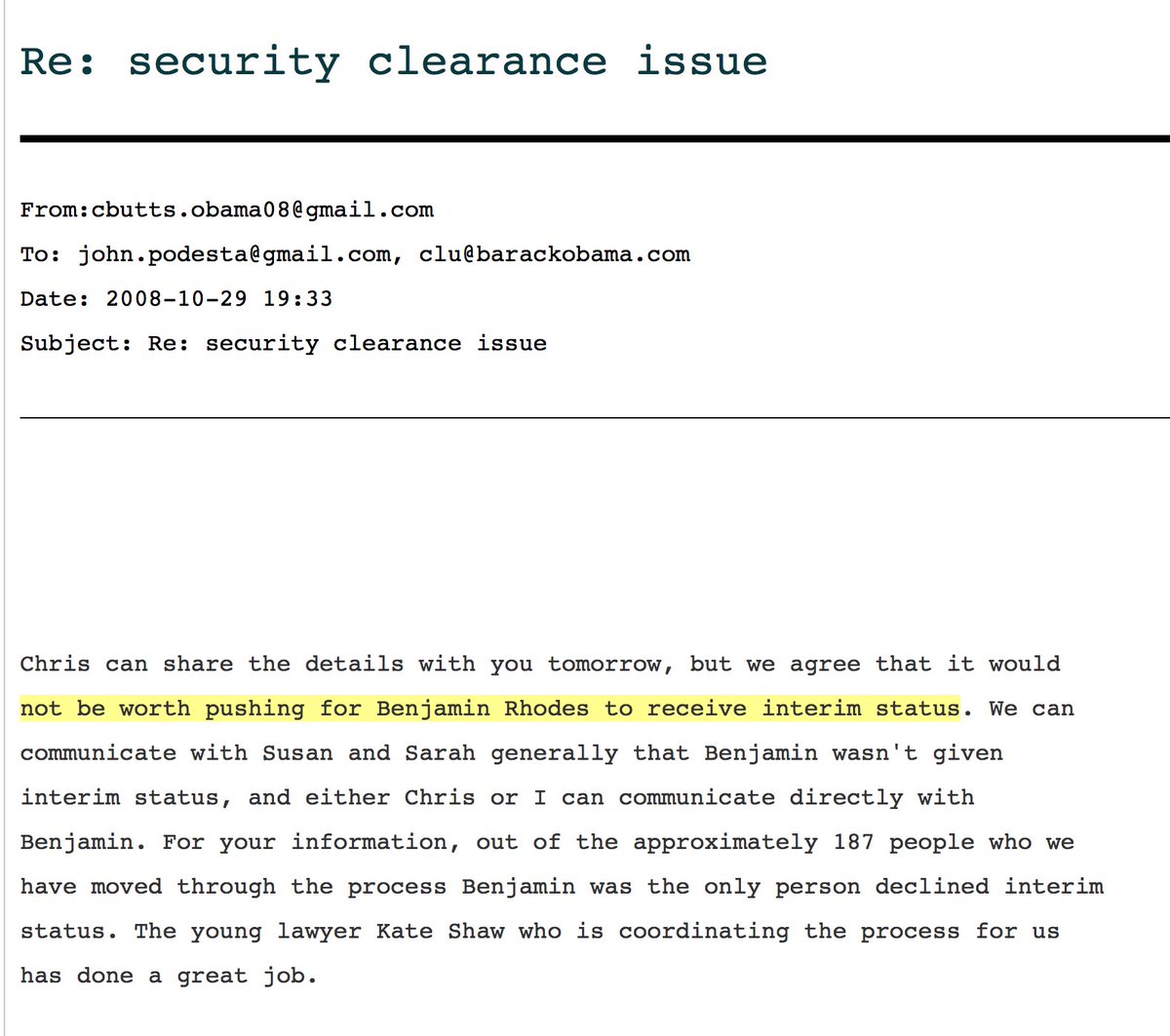 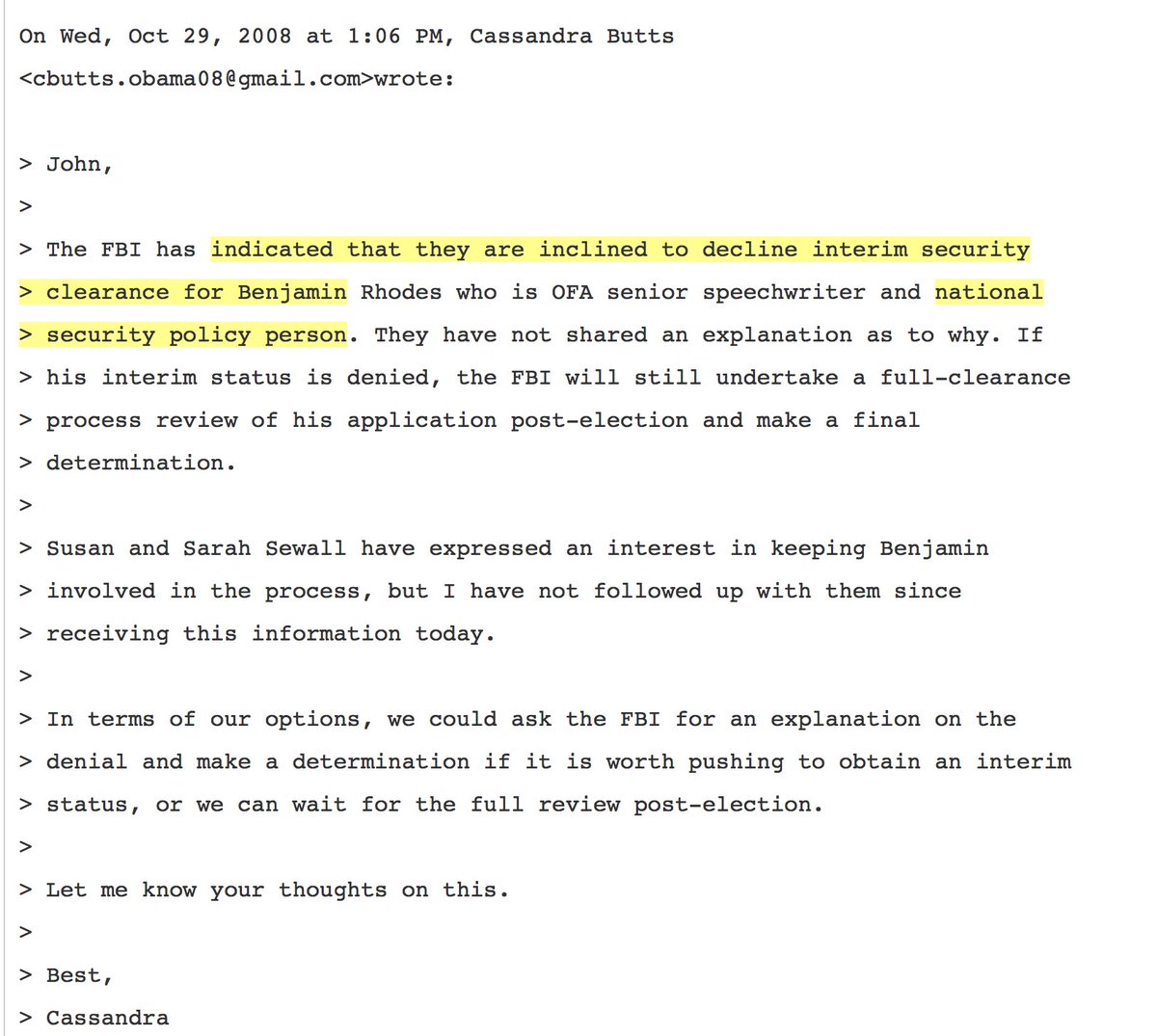 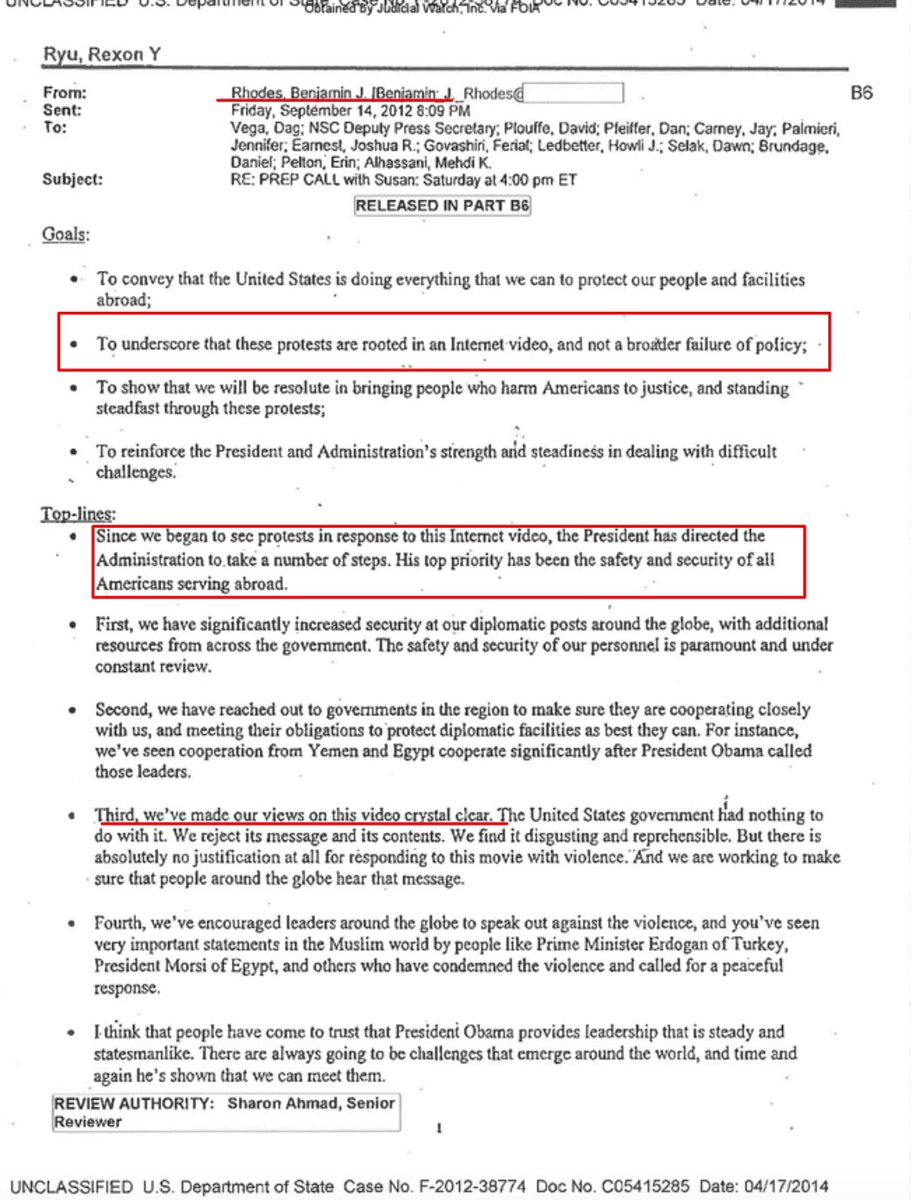 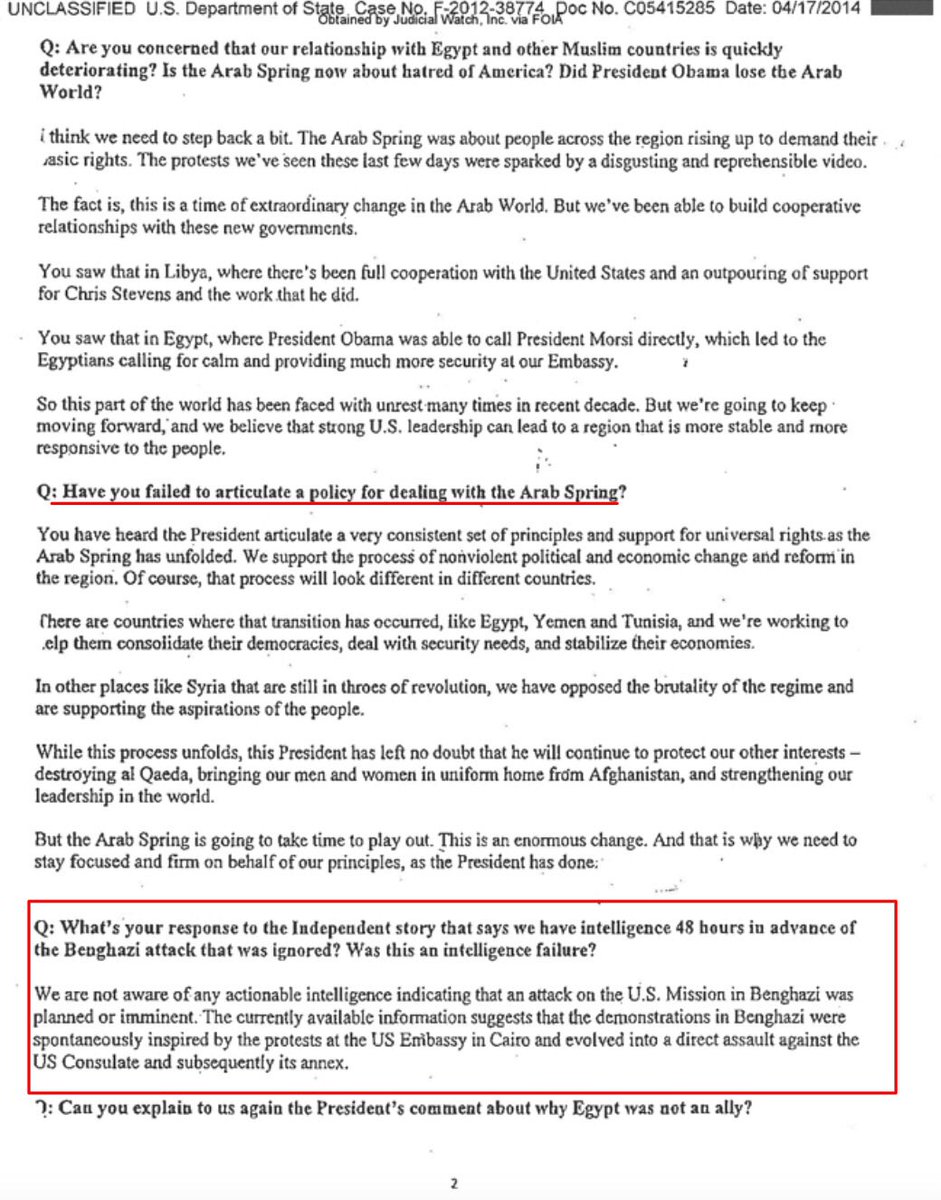