Discover and read the best of Twitter Threads about #progress

Ian Benecken
@Ian_Benecken
Upon multiple request I will try to recreate the construction of the #ISS with the recent released @LEGO_Group model in this thread (if you find any errors please let me know):
On November 20th 1998 the first #ISS module #Zarya aka #FGB was launched from #Kazakhstan with a #ProtonK rocket. It was built in Russia but funded by @nasa but operated by @roscosmos. Its purpose is cargo storage

On December 4th Space Shuttle #Endeavour launched with the 1st US #ISS module #Unity on #STS88. Shortly after launch #Unity together with #PMA1 + #PMA2 were lifted from the payload bay and docked to the shuttle docking adapter:

Guy Opperman
@GuyOpperman
V positive step forward as @10DowningStreet have decided #UK is to be the first country to go further on #TCFD = Task Force on Climate Related Financial Disclosure ...

Govt will consult on proposals following amendments to #PensionSchemesBill we laid last night ⏩ #Progress 1/
This amendment imposes requirements on trustees + managers of certain occupational pension schemes as regards taking into account the effects of climate change / publishing information relating to those effects - takes #TCFD to next level 2/
Massive step forward in battle against #climatechange.
Transparency and disclosure are key to both
- a #NetZero by 2050 approach
- and an understanding by investors of the #investmentchain.
Progress on #TCFD assists with #COP26 and more 3/
Read 5 tweets

Sarah Ruth Ashcraft
@SaRaAshcraft
The well at my house in Arkansas has been busted since Thanksgiving due to lightning damage. Thanks & glory to God, today the water is running & the well is repaired better than it was before. I am thankful for my neighbors & for the church community that came to help today. 🙏

"I think we have to be aware that we're not just discussing financial systems. We are discussing the future of the stability of the planet."

- David Krakauer
on #Complexity #Economics
"What is the #economy? I would argue that it doesn't exist in the physical world. It is a product of our #imagination. It is made out of #ideas. It does have an effect on the physical world. But the imagined order that we have is not succeeding."

Now I just say it’s not. No guilt, because self-care matters the most to avoid burnout.

I said No *a lot* today. I feel happy. #progress
I don’t know what I’m doing on Twitter when I should be getting some sleep instead

someone kick me out please
Read 3 tweets

Jim Daly
@jimdalytd
There is no disputing the worldwide shortage of mental health professionals available to take up post, however, sometimes the facts get lost in debate. #Progress #MentalHealth

#Russia #Venezuela
WHY THE FUTURE BELONGS TO CHINA 2

#Russia #Venezuela
WHY THE FUTURE BELONGS TO CHINA 3

Michael Farquhar
@DrMikeFarquhar
“You get to exhale now?

Growing up LGBT+ in the UK today”

The social and media attitude towards gay people, and LGBT+ people in general, was actively hostile and toxic.

Stories like this were the norm. The way people talked about gay people around me was generally negative

Think about that for a second

Learn German, Interestingly
@LGcommaI
Relevant context: In the April 1910 issue of the journal @sciencemagazine, the #American #historian of #medicine Fielding Hudson Garrison writes: "Kircher's "Scrutinium pestis," one of the acknowledged landmarks in medical #progress, was published in #Rome in 1658, at least
..

.. seventeen years before #Leeuwenhoek's discovery of the #infusoria (1675) and twenty-five years before his #RoyalSociety paper on the #microorganisms found on the teeth (September 17, 1683); so that making every allowance for the skill and proficiency of #seventeenthcentury
..
.. #opticians in grinding and polishing #lenses, the question whether #Kircher's lenses were better or worse than #Leeuwenhoek's is one of those "improbable problems" that each one can settle according to his personal preferences. No one will deny that Kircher saw some minute
..
Read 7 tweets

Dan Lyons
@realdanlyons
@KeishaBlain @politico Shocking that @politico would only include white historians because wow look at their leadership team — 20 members but only 18 are white! #progress #ihaveadream

@KeishaBlain @politico Though the folks at @BuzzFeed are also doing a great job on diversity. Here is their leadership team.

@KeishaBlain @politico @BuzzFeed And here is the @buzzfeed board of directors. These guys really get it! Great job, new media companies.

2/8 Having an #objective, #rational, #ScientificSocialist, #Dialectical, & #Materialist viewpoint allows us to accurately see & evaluate & analyze #Truth & #Reality as they truly materially exist in this universe.
3/8 An idealistic, dogmatic viewpoint, which capitalists have, however, makes one irrational enough to 'see' freedom where freedom stays trapped on a piece of paper while people are oppressed in their actual lived lives.
Read 586 tweets

theguardian.com/society/2018/n…
As we better understand the importance of good quality sleep in childhood to short and long term health and development outcomes, more attention is being paid to sleep problems in children

Most childhood sleep issues can be managed without needing to use medications.

Medication for most sleep problems, as in adults, is only appropriate after thorough assessment and where non-medication options have been unsuccessful

Karen Fang
@KfangKaren
Hi everyone thank you for all your support and empathy in the past few days.
To minimize further injuries, the original voicemail with the intended subject's name has been removed, but I am reposting here with name obscured: soundcloud.com/user-251012259… (thanks for tech help!)
I am also reposting my entire Twitter message regarding this incident, with other important ideas I forgot to include:
four days ago my work phone got a rambling but confrontational 3.5 min voicemail from someone questioning my legitimacy to teach based on my presumed #citizenship and #ethnic identity. You can hear the actual message here: soundcloud.com/user-251012259…
Read 15 tweets

Sophia Nasr
@Astropartigirl
#Sterlini: "#Axini, wanna try this together thing again? We could both be dark matter!"
Axini: "I dunno, you were mean last time. I'm a good dark matter candidate too!"
S: "I know. Let's try!"
A: "You CAN'T bully me around anymore, got that?!"
S: "okay I'll be good! MAAAYBE."
Not quite there yet, but they've gone from squabbles to just sniffing each other intently! The quest to reunite the #darkmattersisters continues. #Progress
I posted that video after about 30 minutes of me removing the barrier and a couple of squabbles. This is what's happening right now! 😀

Zach Kayser
@ZWKayser
I am at the scene of #mprracoon, already been interviewed by a TV reporter w/in 5 mins
I have seen some movement but for the moment he/she looks content to stay on the ledge
Got interviewed by another reporter. #mprraccoon is launching me to fame
Read 49 tweets

This supposedly constitutes research these days. 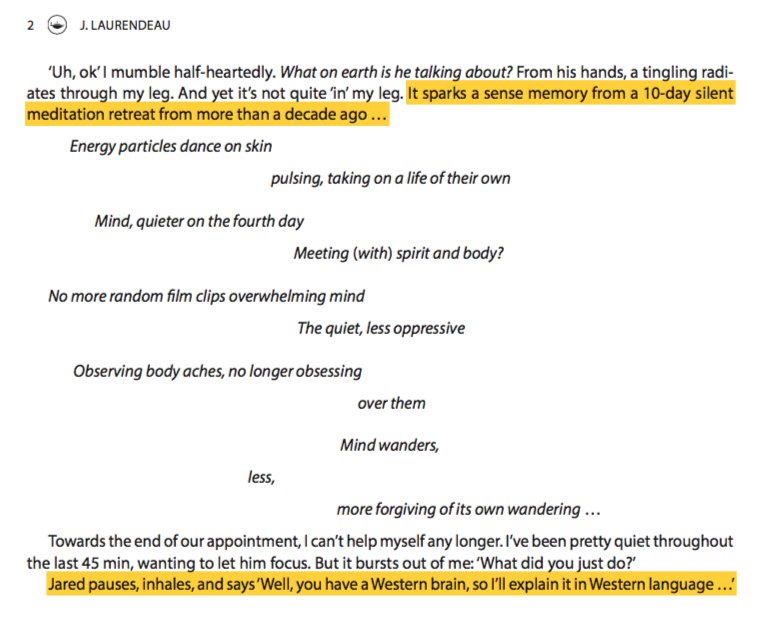 Danielle Lang
@DaniLang_DC
1/x Folks, a few thoughts on the extraordinary turnout among black voters in last night's #ALSEN special election and about how much greater it could have been.
2/x My client, Scott Douglas, wrote a brilliant op-ed about the problems with AL's discriminatory voter ID law in the NY Times yesterday: nytimes.com/2017/12/11/opi…
3/x Here are the numbers on the photo ID law:118,000 registered Alabama voters do not have a photo ID they can use to vote; Black and Latino voters are about twice as likely as white voters to not have ID.