Discover and read the best of Twitter Threads about #Malawi

Idriss A. Nassah
@mynassah
10 Chinese nationals arrived in #Malawi on March 18. Six of them were deported following President Mutharika’s declaration of a State of Disaster in the face of #Covid_19. Four of them were granted a court order to enter the country by High Court Judge, Kenyatta Nyirenda.
Many were unhappy, including the government of Malawi, through the Information Minister, who said the order allowing the 4 Chinese to enter Malawi showed the Judge's lack of patriotism and undermined local and global efforts to protect people from #coronavirus
In their court applicaton, the Chinese claim they were stopped from entering because of corona fears, yet they were not examined or shown to be a risk. They said they had come to visit and “explore the beauty that Malawi is”
Read 36 tweets

kim yi dionne (she/her)
@dadakim
"Section 43 [of the constitution]...grants... the right to vote & to do so in secret... the court agrees with the Supreme Court of the USA... that no right is more precious than that of having a voice in the election of those who govern." #Malawi #JudgementDay
"In every instance where there were deviations from the number of total ballots that were expected to have been accounted for... there was substantial compromise and therefore breach of...the constitution, which refers to the principle that no person shall exercise >1 vote"
"An election is not free and fair if the body managing the electoral process fails to account for missing votes... it is not free and fair if the electoral management body fails to preserve critical election materials" #JudgementDay #Malawi
Read 9 tweets

Dictator Watch
@Citizen_Alert1
The #Malawi Judgement so far shows that the modus operandi of rigging of elections across Africa is almost identical. Again Dubai #UAE seems to always play a major role especially in the printing of ballots & other documents. The errors arising from poor quality docs seem willful
It would look like the poor quality papers are primed to suffer damage - which then provides the cover to use duplicates or alternatives not allowed by law. The countries seem to learn from each other the WORST practices.
As in all cases the fraudsters allow & even display the orderly queues where citizens vote without intimidation or violence. International observers see this & sign their pre-written reports & to the game parks to see wildlife. They get called to flee when violence breaks out
Read 8 tweets

Jim Baird
@JimBair62221006
The list of truly fundamental needs for human life is a short one.

▶️This is how climate change impacted crops in 2019◀️

#UnitedStates:
The midwest was plagued with heavy rain, leading to flooding & causing major challenges with corn, soybeans & other crops nyti.ms/2swW95K

This was widely documented by farmers themselves: #noplant19

#ClimateChange Impacts on #Food
2/32
This caused investors to revisit their investments: bit.ly/2te9XSM

Impacts spanned the Midwest and beyond, including Wisconsin bit.ly/2rLv2nm, Indiana bit.ly/30cfPIk, ...

World Health Organization (WHO)
@WHO
Despite serious challenges, there’s been plenty of good global health news in 2019 bit.ly/2Q3dKdk

Nien Hsing Textile company has partnered with #Lesotho based #unions and women's rights orgs to launch a program to prevent #SGBV in their garment factories, which employs more than 10,000 workers.

Sebastián González-Dambrauskas, MD.👨‍⚕️🏥🌎
@sgdambrauskas
Why is so important (even vital) to improve research networks in LMICs ?
Here an awesome example of why NO ONE IS BETTER THAN ALL TOGETHER

3/x
In 2014, this trial on bCPAP for #RDS in #preterms was published in @PLOSMedicine

JMHendersonSr❌
@JMHendersonSr
Suppose that a population, say the people of #Malawi, are afflicted by a variety of intestinal parasite due to their dependence on ground water.

One solution would be to hand them cases of Pepto Bismal. Hundreds of cases. Thousands.

@ClintnCAli
@frjohnhollowell
No. Don't teach them to filter and boil water before use. Just give them OTC medications, even prescription medicines. Utterly ignoring that their habit and custom of dependence on groundwater is making dysentery a way of life.

Or ....
Bring them immediate relief with filtration and boiling systems and means and teaching, while providing the means to drill wells that remove dependence on groundwater.
Read 8 tweets

UN SDG Action Campaign
@SDGaction
🎉📣 Unveiling the Finalists of the 2019 UN #SDGAwards! 🔝 21 initiatives show how innovation, creativity & commitment lead to impactful SDG Action. 2000+ applications, the selection was harder than ever!

sdgactionawards.org
Support your favs on the People's Choice Award!

🤳Like & RT your favourite for the People's Choice Award! sdgactionawards.org

#SDGAwards STORYTELLERS are using #transmedia, immersive mediums & taking storytelling to the next level to make #inequalities, #migration, access to #water, or #climatechange impacts.

🤳Like & RT your favourite for the People's Choice Award
sdgactionawards.org

Rory Peck Trust
@rorypecktrust
Day 3 of our #WorldPressFreedomDay series on the working lives of #freelancers worldwide - today we're sharing insights from freelance investigative journalist Mabvuto Banda, who lives and works in Malawi. Follow this thread across the day to hear about his experiences

The climate for journalists in #Malawi has improved over the last 15 years. Nonetheless Mabvuto has been arrested on numerous occasions during his twenty-year career in #journalism. In Malawi, a law still provides for the imprisonment of anyone who 'insults' the head of state.
Mabvuto said of the photo above: “This is me with reporters in the #newsroom. We were working on a story about the growing calls within the ruling party to push the current President to stand down." [1/2]
Read 7 tweets

kim yi dionne
@dadakim
Today is #ChilembweDay in #Malawi, a day to honor one of the country's celebrated heroes.

John Chilembwe was a Baptist preacher who led a rebellion against colonial rule. 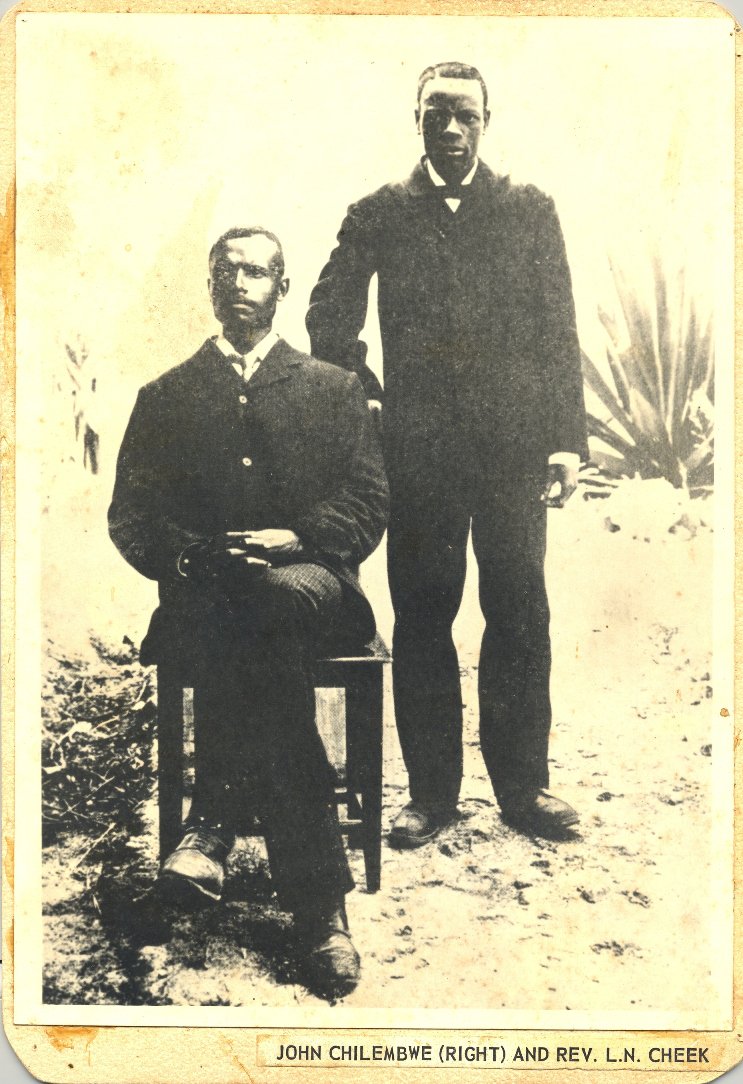 Chilembwe was "trained in an American Negro Baptist seminary", writes George Shepperson. jstor.org/stable/pdf/272… (See also his book w/Thomas Price on Chilembwe: amazon.com/Independent-Af… )
During his time in the US, Chilembwe "imbibed the ideological ferment of African-American intellectual circles, and learned about John Brown and other abolitionists and emancipators," wrote political scientist Robert Rotberg mail.harvardmagazine.com/2005/03/john-c…
Read 10 tweets